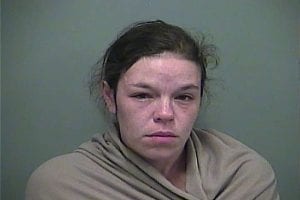 CLEVELAND, Ga. — A White County woman and Hall County man face multiple charges for allegedly trashing a car and firing a weapon inside the city limits May 20.

Officer Brandon Wood was on duty inside the Cleveland Police Department when he heard gunshots and went to investigate. Wood drove to the area of Mary’s Lane where he spotted a Toyota pickup truck covered with trash, clothing and shaving cream. He also found five .22 caliber bullet casings on the ground near the vehicle

The owner of the vehicle, Ricky Dean Alexander Gill, emerged from a residence at 177 Underwood Street to tell the deputy he knew Brittany Crockett and John Dover were responsible.

According to the police report, Gill and Crockett had argued earlier in the evening and he left her home to stay with a friend on Underwood Street. 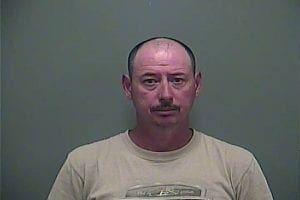 Wood contacted Crockett and she admitted that she and Dover were responsible. She was arrested and transported to the White County Detention Center where she is charged with crimnal trespass, reckless conduct, discharge of a weapon near a public highway, discharge of a firearm while under the influence of alcohol and possession of a firearm by a convicted felon.

Dover  reported to the police department on May 21 and according to the arrest report admitted he helped trash Gill’s car and fired the weapon. He is charged with criminal trespass, reckless conduct, discharge of a weapon near a public highway and discharge of a weapon while under the influence of alcohol.