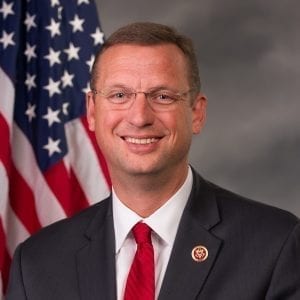 DAHLONEGA, Ga. – U.S. Rep. Doug Collins (R-Ga) came home this week to host a veterans benefit event on the campus of the University of North Georgia. In speaking to veterans, he issued a dire warning that supports what America’s top military leaders have been saying for more than a year.

“Our military readiness is suffering,” Collins said. “I just wanted those of you who have been there and who have walked this path, to know what training is like and what maintenance is like. We face threats in this world that are very real and very present. One of the things we have to do is get our maintenance and our funding back up so we can support those who are on the front lines. It is that bad.”

In 2017, top U.S. military leaders from across the armed services presented a sobering case to Congress that emphasized that America’s readiness is the lowest it has been in decades, leaving it unprepared to defend America’s interests at home and abroad. 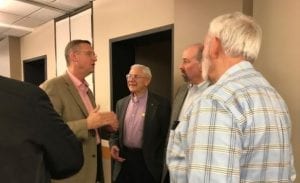 In testimony before the Senate and House Armed Services Committees, the vice chiefs of staff of the Army, Navy, Marines, and Air Force articulated pressing concerns about the state of their branch’s readiness to respond to conflicts overseas or attacks on the homeland

Of 58 Army brigade combat teams only three are considered ready for combat. The Navy’s fleet is the smallest it has been in nearly 100 years, making ship repairs harder to complete because those vessels are needed on the waterway. The Air Force is the smallest and, in terms of many of its aircraft, oldest it has ever been. The service had 8,600 aircraft in 1991. Today it only has 5,500, and those aircraft are an average of 27 years old.

“Only half our F-18 fleet is on readiness right now and what we’re finding out about our helicopter pilots is that they are getting less than 10 hours a month airtime training,” Collins said.

“Sequestration (automatic cuts to the U.S. federal government spending that began in 2013) did help to curb spending. The problem was it was ham-handedly done. Defense took a disproportionate cut.”

Collins said he would like to see a new budget that includes more than $700 billion in defense spending.

“I don’t care who starts it, it’s not a good idea,” he said. You just don’t gain anything.”

“After two days, Democrats had to go home and explain to their constituents they put illegal immigrants over the needs of the American people and American military,” Collins stated. “That just doesn’t fly.” On Monday the Schumer shutdown became the Schumer back down and the government was back in business.

But Collins is not convinced Democrats are ready to keep the government opened.

“As much as I would like to be optimistic, we’re in a very disturbing pattern of bumpiness,” he said.