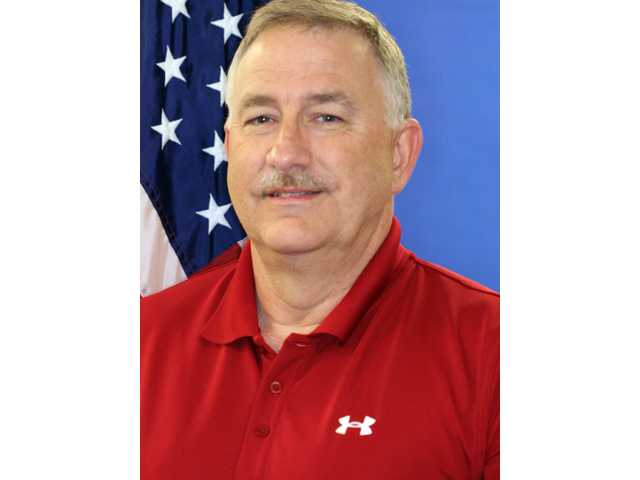 Wednesday was Bolz’s third day on the job and he took time to talk to Fetch Your News about his new position.

“What has impressed me most so far is the quality of people I work with,” he said. “From the city staff to the elected officials, everyone wants to do the best job they can for the citizens. I’m old school where we were taught if you’re not 15 minutes early, you’re late. I’m a firm believer in customer service and our employees are too.”

Bolz, 59, spent more than 30 years with the Georgia Department of Natural Resources. He oversaw operations at Amicalola Park and Lodge, one of the state’s largest parks, for 18 years. In 2004, he was promoted to a regional management position where supervised operation of some 30 state parks.

“I retired in 2009, but I was bored and I had done all the Honey-dos we could afford,” Bolz said. So, he was ready to get back to work when Dawson County Sheriff Billy Carlisle recruited him to serve as training director for the sheriff’s office.

Serving the sheriff’s office was one thing, but the chance to serve an entire city is another. “Serving people has always been my passion, so when the position of city manager opened up, that excited me,” he said. “I was ready to get back to where my heart is.”

Bolz said there are some major projects on the drawing board in 2017 that will require his attention, including the Main Street revitalization project and the new park being constructed behind city hall.

By year’s end, however, he said he wants to meet with city council members to listen to what their plans are and to share with them his plans.

His predecessor, David Headley, had begun hosting a series of town hall meetings and that is something he wants to continue.

“I’m a firm believer in listening to your customers,” he said. “The closer government can get to the people, the better things will be. I think that is what happened in this last (presidential) election. People got tired of government not listening to them.”