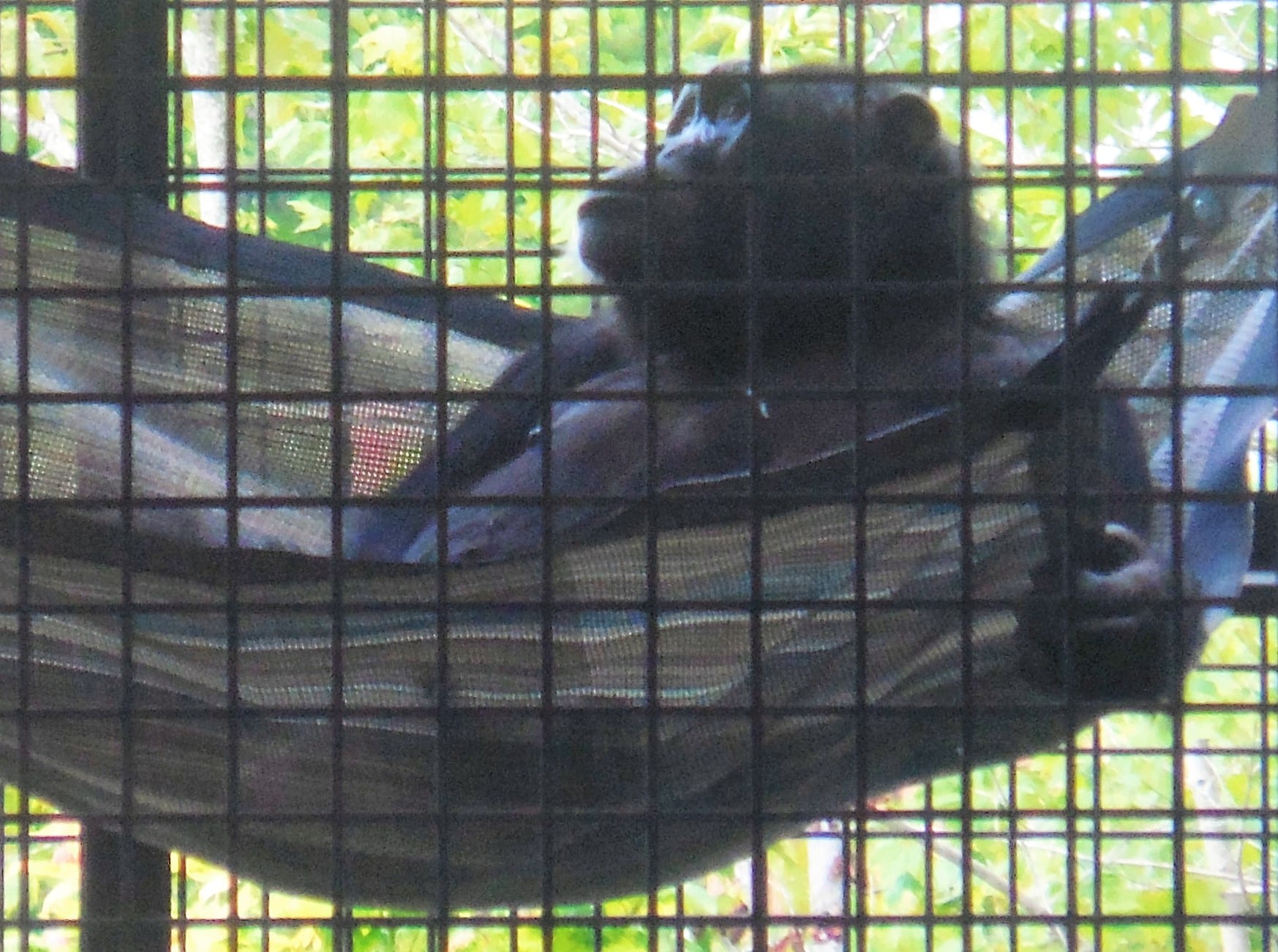 The chimpanzees clocked out of their former work place in New Iberia, Louisiana on Tuesday, Sept. 9th.  After a 700-mile journey including several hours in Atlanta morning rush hour traffic, Fannin’s newest retirees arrived at Project Chimps.  Within two hours, one chimpanzee had already climbed into a hammock to soak in sweet mountain air and enjoy the first day of retirement in Cedar Tree Villa. 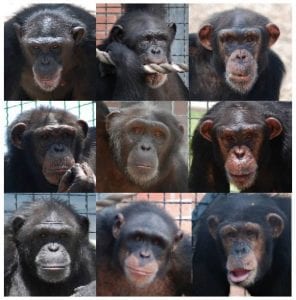 The eight new retirees who moved to Fannin. 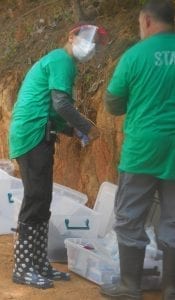 Project Chimps staff suit up to unload the retirees.

Like humans, the chimpanzees were rattled by their 14-hour overnight drive when they arrived at Project Chimps.  FetchYourNews asked Mike Seres, Director of Chimpanzee Management and world renown chimpanzee communicator to translate the chimpanzees’ first words about their new home.  Seres said several cried because they didn’t know what was happening.  They let out a distress call with a high-pitched squeak and a grimace.

The chimps traveled in comfortable surroundings built by Fannin County’s Dale Eavenson and his WildSide Custom Trailer and Conversions.  In fact, Project Chimps has made a point of hiring local businesses and trades people.  By the time Project Chimps is at capacity, the organization will be the fifth largest employer in the county. 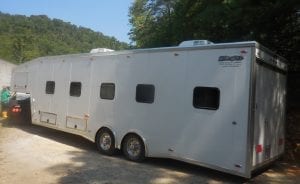 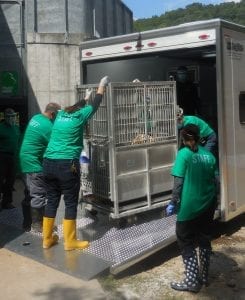 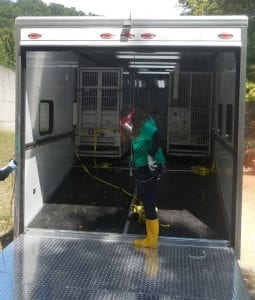 Genesis and Latricia were the first chimpanzees to disembark.  According to Seres, these are the dominant chimpanzees in the group.  After the two got comfortable, the other chimpanzees entered the villa one by one.  This time, the conversation was different. The non-dominant members came up to Genesis and Latricia to find out if the new retirement home is safe and to chat about the road trip. The other seven chimpanzees that made the journey are Jennifer, Charisse, Buttercup, Samira, Gertrude, Gracie and Emma. 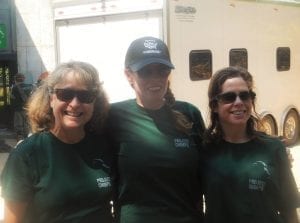 The female chimpanzees will have a few weeks to relax in their villa.  Then a group of their male co-workers will join them. 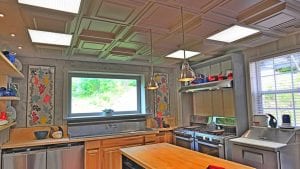 Within the next couple of months, Fannin residents will also have a chance to join the chimpanzees.  Project Chimps will soon start their Chimp Chef program where volunteers can make yummy chimp smoothies and watch the chimps through the kitchen’s large picture window.  Celebrity Chef Rachel Ray designed and donated the kitchen. Volunteers will not be able to touch the chimps and will only be able to come within about 25 feet of the chimps due to chimp and human health safety regulations.  At a later date, Project Chimps plans to build an observation deck overlooking the open-air play area. 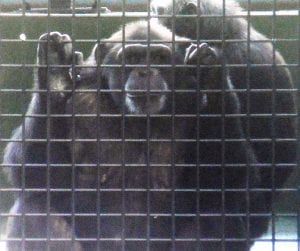 This article has been updated to reflect the correct number of chimpanzees.  There are 220 chimpanzees total coming from New Iberia Research Center.  On Thursday, the first nine chimpanzees arrived at Project Chimps.