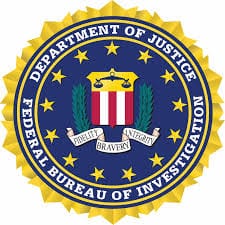 The Federal Bureau of Investigation, along with the National Center for Missing & Exploited Children (NCMEC), announced today that 84 minors were recovered and 120 traffickers were arrested as part of Operation Cross Country XI, a nationwide effort focusing on underage human trafficking that ran from October 12—15, 2017.

This is the 11th iteration of the FBI-led Operation Cross Country (OCC), which took place this year in 55 FBI field offices and involved 78 state and local task forces, consisting of hundreds of law enforcement partners. This year’s coordinated operations took place with several international partners, including Canada (Operation Northern Spotlight), the United Kingdom (Aident 8), Thailand, Cambodia, and the Philippines.

“We at the FBI have no greater mission than to protect our nation’s children from harm.  Unfortunately, the number of traffickers arrested—and the number of children recovered—reinforces why we need to continue to do this important work,” said FBI Director Christopher Wray. “This operation isn’t just about taking traffickers off the street. It’s about making sure we offer help and a way out to these young victims who find themselves caught in a vicious cycle of abuse.”

Juveniles recovered— Four (Three in Atlanta, One in Augusta)
Pimps/Traffickers arrested—Four (Atlanta)
Travelers with the intent to engage in sex with a purported minor—Three (Atlanta)
Total number of arrests—60 (58 in Atlanta, Two in Savannah)

“The many men and women of law enforcement working on this operation are keenly aware of the importance of recovering these vulnerable young victims,” said David J. LeValley, special agent in charge of the Atlanta FBI Field Office. “I commend every one of them for their hard work and dedication in the recovery and the apprehension of those responsible for their exploitation. I would also like to thank all of the law enforcement agencies who participated and the various non-government agencies who provided specialized relief and services to the victims of this traumatic brand of human trafficking. Operation Cross Country is a perfect example of our commitment each and every day to the fight against child sex trafficking.”

As part of Operation Cross Country XI, FBI agents and task force officers staged operations in hotels, casinos, and truck stops, as well as on street corners and Internet websites. The youngest victim recovered during this year’s operation was 3 months old, and the average age of victims recovered during the operation was 15 years old. Minors recovered during Cross Country Operations are offered assistance from state protective services and the FBI’s Victim Services Division. Depending on the level of need, victims are offered medical and mental health counseling, as well as a number of other services.

“Child sex trafficking is happening in every community across America, and at the National Center for Missing & Exploited Children, we’re working to combat this problem every day,” said NCMEC President and CEO John Clark. “We’re proud to work with the FBI on Operation Cross Country to help find and recover child victims. We hope OCC generates more awareness about this crisis impacting our nation’s children.”

Georgia’s participating agencies in this year’s Operation Cross Country XI are as follows: