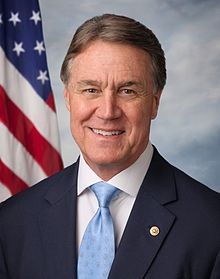 WASHINGTON, D.C. – U.S. Senator David Perdue (R-GA) today released the following statement after voting for the Federal Reserve Transparency Act:
“Washington needs more transparency, not less. An unrestricted audit of the Federal Reserve is long overdue and it should have garnered unanimous support in the Senate today. Our country is currently headed down a dangerous fiscal path, and it is critical that the American people have an opportunity to examine the Federal Reserve’s balance sheet and its impact on our economy.”