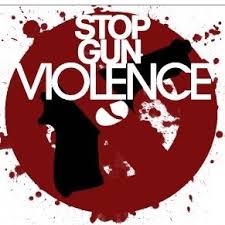 With former Georgia Rep. Tom Price’s recent confirmation as Secretary of Health and Human Services leaving an open seat, this special election is a prime opportunity to elect a Democratic candidate who will stand up and speak out for LGBTQ equality.

“I’m proud to accept the endorsement of Pride Fund and to work together as we strengthen LGBTQ rights. No matter who you are or who you love, everyone deserves to enjoy equal rights and to be treated equally in this country. I applaud Pride Fund for their dedication to ensuring no one is discriminated against or attacked because they are queer. They are on the front lines fighting against hatred and bigotry,” said Jon Ossoff.

“Pride Fund to End Gun Violence is a Political Action Committee formed in the wake of the tragic murder of 49 people at Pulse nightclub in Orlando. In response to this violence against members of the LGBTQ community and our allies, Pride Fund is working to elect more candidates who will both support LGBTQ rights and take action to implement sensible gun reforms,” said Jason Lindsay, Founder and Executive Director of Pride Fund.

“Pride Fund has thoroughly reviewed the platform and record of Jon Ossoff to assess his commitment to protecting the rights of the LGBTQ community and keeping the American people safe. Jon Ossoff represents the kind of leader we need – one who won’t prioritize special interests over Americans’ civil rights and safety” said Lindsay.