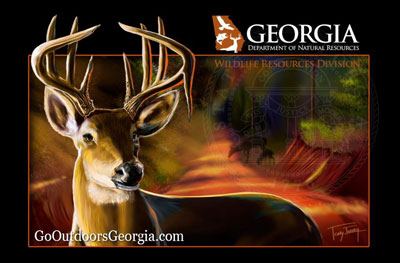 MOTORISTS URGED TO BE CAUTIOUS TO AVOID DEER THIS FALL

SOCIAL CIRCLE, Ga. (Oct. 25, 2016) – Motorists are urged to exercise caution during the fall season as this is a time of peak deer activity, according to the Georgia Department of Natural Resources’ Wildlife Resources Division.

“Motorists should be alert and pay close attention to the roadsides as we are nearing the annual peak time of the year for deer-car collisions,” said Charlie Killmaster, state deer biologist with DNR’s Wildlife Resources Division. “The rise in deer activity around roads can be especially dangerous to drivers when coupled with other risks or distractions, such as texting or operating electronics while driving.”

There are two main reasons why drivers may see more deer along roads in the fall:

Following are some tips and information to help avoid potential collisions:

HUNTING SEASON IS A TIME TO PRACTICE AND PROMOTE FIREARM SAFETY

This is a time of year when a lot of firearms are in use and in transport and NSSF wants everyone who enjoys hunting opportunities in Georgia to know that materials and resources are available to provide education and important reminders about how to be safe with their firearms in the field, on the range, at home and everywhere in between.

NSSF’s campaign, “The Hunt isn’t Over Until You Are S.A.F.E.” is part of the Project ChildSafe program, which NSSF launched in 1999.  S.A.F.E. is an acronym for Storefirearms responsibly, Always practice firearm safety, Focus on your responsibilities as a firearm owner, and Education is key to preventing accidents. Project ChildSafe emphasizes safely securing firearms when they are not in use as the #1 way to prevent firearm accidents.

To complement Georgia’s hunter safety programs, NSSF has made several resources available, which can be found on THE PROJECT CHILDSAFE WEBSITE. These include:

“We’re very thankful to have the Georgia WRD’s help in getting this information out to hunters—we want to help everyone hunt responsibly, return home safe and securely store their unloaded firearms,” said NSSF CEO Steve Sanetti. “The more we can get this information in the hands of hunters and others in the shooting sports community, and the more that gun owners can do to share these messages with others, the more we can help prevent firearm accidents.”