State troopers urge safety for the Thanksgiving holiday. The holiday travel period is 102 hours and it begins at 6 p.m. on Wednesday, November 23, and ends at midnight Sunday, November 27. 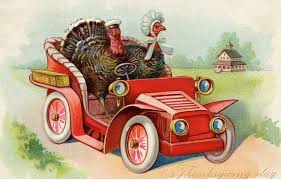 “Troopers will be focusing on occupant protection violations, and keeping a close eye out for impaired drivers and other traffic violations that could potentially cause a crash,” said Colonel Mark W. McDonough, Commissioner of the Georgia Department of Public Safety. “We want to make holiday travel as safe as possible,” he added.

Last year, during a similar 102-hour period, troopers investigated 788 traffic crashes across the state that resulted in 377 injuries and nine fatalities. In addition to the traffic crash investigations, troopers arrested 319 people for driving under the influence while issuing 9,620 citations and 15,729 warnings.

Troopers will not only be patrolling the interstates but the secondary roads as well. Make sure that everyone in your vehicle is wearing a seat belt and that small children are properly restrained in a child safety seat. Also, do not drive distracted and obey the posted speed. If you know that you will be consuming alcohol, designate a sober driver. “Sadly, each holiday period more than one-half of the people killed in motor vehicle crashes are impaired or not using safety belts,” Colonel McDonough said.

The Georgia State Patrol will also be teaming up with law enforcement officials from across the state for a concerted effort to encourage safe travel through Operation Click It or Ticket, Georgia’s high visibility seat belt enforcement program and Operation C.A.R.E., or Combined Accident Reduction Effort. Operation C.A.R.E. is a nationwide traffic safety initiative aimed at reducing the number of crashes, injuries and fatalities on the nation’s roads by balancing high visibility enforcement with educational outreach.

The holiday traffic count will be updated throughout the holiday travel period on the Georgia Department of Public Safety Twitter page: https://twitter.com/ga_dps.