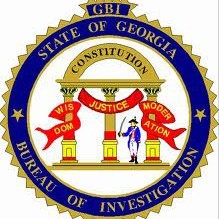 Decatur, GA – Eighteen (18) people were arrested and charged with crimes related to possession, production, or distribution of images of child pornography after a  3-month statewide investigation by the Georgia Bureau of Investigation’s Child Exploitation and Computer Crimes Unit (CEACC) and the Georgia Internet Crimes Against Children Task Force.

As a result of this 3 month proactive investigation coordinated by the Georgia Bureau of Investigation’s Child Exploitation and Computer Crimes Unit (CEACC) and the Georgia Internet Crimes Against Children (ICAC) Task Force, 24 search warrants were executed in 16 counties today.  Law enforcement officers conducting the searches were looking for evidence of distribution of child pornography using the internet.

This state-wide endeavor, known as Operation Secret Guardian, began in July 2015 and centered on GBI Agents, along with local and federal Georgia ICAC Task Force affiliates, detecting child pornography images being shared using the internet.  The purpose of the operation was to arrest persons who possessed, produced, or distributed images of child pornography using the internet.

Over the course of the operation, 69 digital devices were examined and 232 digital devices were seized as evidence.  Over the course of the operation, 18 arrests were made as a result of evidence and information obtained during the search warrants.  Those arrested were charged with OCGA 16-12-100.2, Computer Pornography and Child Exploitation Prevention Act of 2007.  Additional charges may be forthcoming.  Additional arrest warrants have been issued and other arrests may occur after analysis of seized digital devices.

The operation was a coordinated effort between the following federal, state, and local criminal justice agencies:

Georgia ICAC Commander and GBI Special Agent in Charge Debbie Garner applauded the hard work of the entire Georgia ICAC Task Force during Operation Secret Guardian and every day.  “The investigators who work child exploitation cases are some of the most dedicated law enforcement officers there are, despite the psychological toll this type of investigation exacts on them.”

The Georgia ICAC Task Force is comprised of 200+ local, state, and federal law enforcement agencies, other related criminal justice agencies and prosecutor’s offices.  The mission of the ICAC Task Force, created by the U. S. Department of Justice and managed and operated by the GBI in Georgia, is to assist state and local law enforcement agencies in developing an effective response to cyber enticement and child pornography cases. This support encompasses forensic and investigative components, training and technical assistance, victim services, prevention, and community education. The ICAC Program was developed in response to the increasing number of children and teenagers using the internet, the proliferation of child pornography, and the heightened online activity by predators searching for unsupervised contact with underage victims. By helping state and local law enforcement agencies develop effective and sustainable responses to online child victimization and child pornography, the ICAC program delivers national resources at the local level.