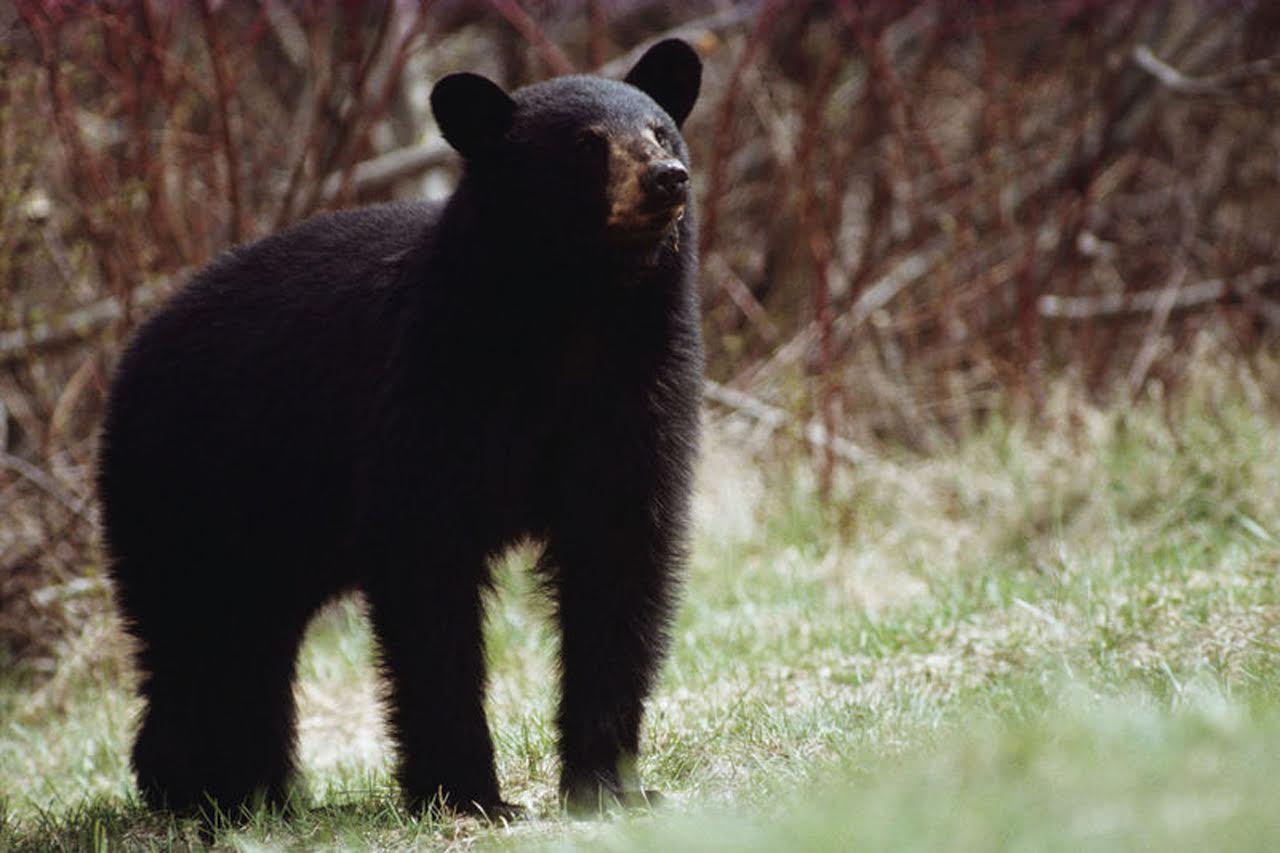 SOCIAL CIRCLE, Ga. (May 15, 2017) -As the weather warms with the arrival of spring, residents in rural, urban and suburban settings could potentially have sightings of multiple types of wildlife.  This could include black bears that might be seen in or around your neighborhood, according to the Georgia Department of Natural Resources’ Wildlife Resources Division.

If left alone, bears typically will return to established bear range – the north Georgia mountains, the Ocmulgee River drainage system in central Georgia or the Okefenokee Swamp in the southeastern part of the state.  However, as wild land and urban areas increasingly overlap, bear range likely will continue to shift and expand – meaning even more sightings are possible.

Where do these bears come from?

In most cases, the bears found outside of established range are young male bears looking for their own territory as they are no longer under the protection of a sow (i.e. the “mother” bear).   However, in some cases it might be sows with cubs or other mature bears that have ventured into new territory in search of food.

KEEPING BEARS OUT OF NEIGHBORHOODS AND YARDS

While there is no way to prevent a bear from wandering into a neighborhood, there are ways to discourage it from staying:

*   Never feed a bear. Keep items such as grills, pet food and bird feeders off-limits to bears. Clean and store grills when not in use. Keep pet food indoors and take down bird feeders (April-November) if bears frequent your area.

*   Use “bear-proof” garbage containers, or store garbage in the garage or other enclosed area until the morning of pick-up day.

Properly securing food and garbage prevents bears from accessing these non-natural, human-provided food sources, and helps avoid the unhealthy process of habituation that occurs when bears obtain food from people and begin associating humans with food.

If a bear is sighted in your neighborhood, here are some tips on how to respond:

*   Leave all bears alone. Usually they are only passing through an area.

*   Stay a safe distance away.  Do not try to approach a bear.

*   Never, under any circumstances, intentionally feed a bear.

*  Never attempt to ‘tree’ or corner a bear as it compromises the safety and welfare of both the public and the bear.

“Unless there is evidence of aggressive behavior or habituation to people, there is no cause for alarm,” said Adam Hammond, state bear biologist with the Georgia Wildlife Resources Division.

The black bear is a symbol of Georgia’s natural diversity, the only bear found in the state and a high-priority species in the state’s Wildlife Action Plan, a comprehensive conservation strategy. Though now considered the most common bear in North America, the species was nearly eradicated from Georgia in the 1930s due to unregulated market hunting, poaching and large-scale habitat loss. Sound wildlife management practices have restored Georgia’s black bears to a thriving population estimated at 5,100 bears statewide.

Black bears may legally be hunted during the season, which occurs each fall in Georgia in certain areas (www.georgiawildlife.com/hunting/regulations<http://www.georgiawildlife.com/hunting/regulations>).  However, the taking of bears during any other time of the year or the taking of bears illegally during the hunting season is called poaching.  Prevent poaching of bears by reporting any illegal activity.  Information can be reported by email, phone or in person.  Visit http://gadnrle.org/ranger-hotline for details.