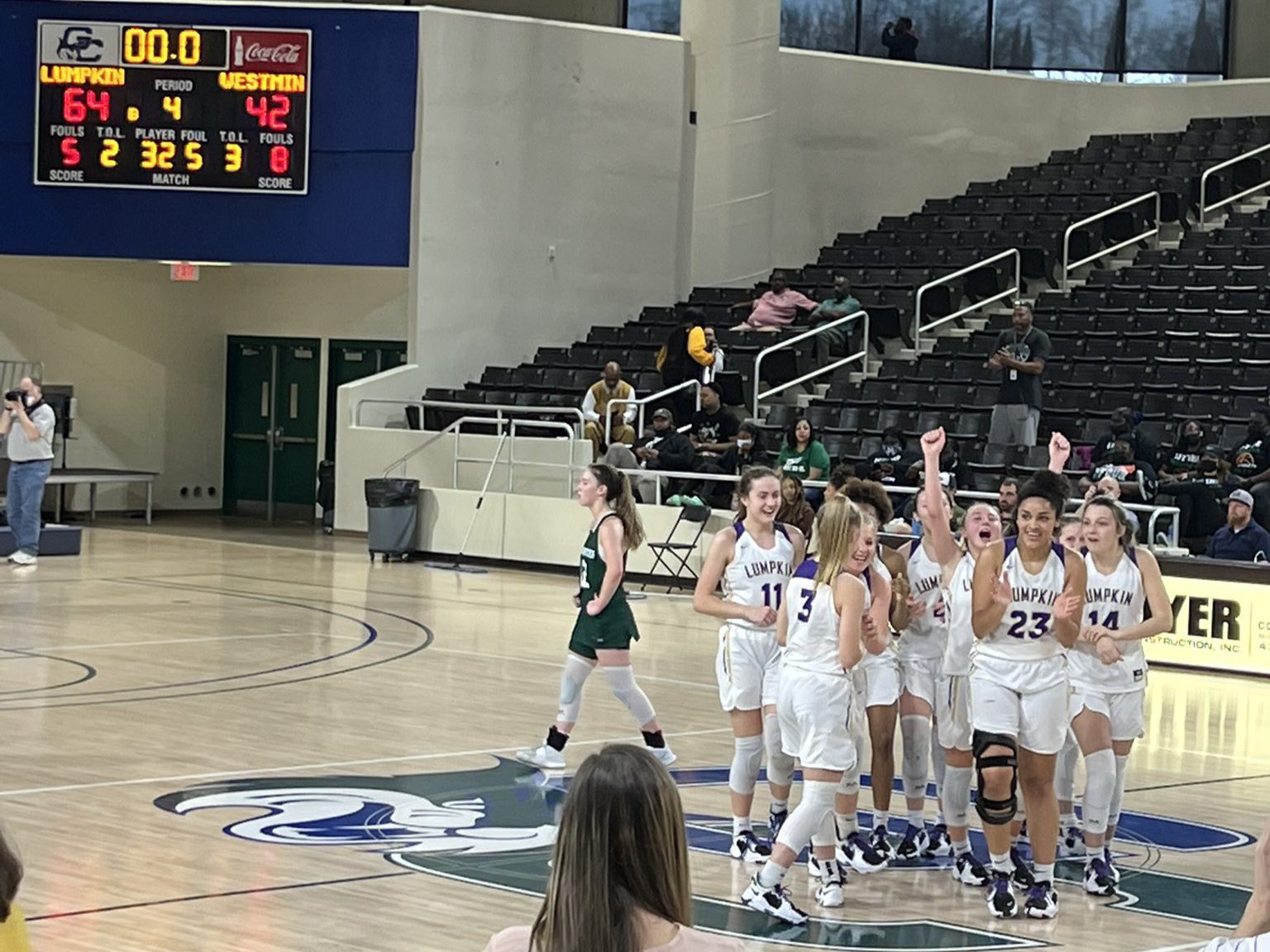 The consensus number 1 ranked womens basketball team in AAA this year has lived up to the hype, as the Lumpkin County Lady Indians are headed to Macon on Friday to compete in the State Championship game.

The Lady Indians entered this year as the favorite to win it all, and with a 29-1 overall record they have proven why. The lone loss on their schedule came against Buford early in the year, during a time where Head Coach David Dowse was away from the team.

Since that loss, Dowse’s team has been on fire. The Lady Indians ave outscored opponents by nearly 900 points, and are only giving up an average of 35 points per game.

The playoff run for Lumpkin has presented itself with some challenges, as they had to play the number 2 ranked team in AAA in the Elite Eight, the same round in which last years season came to an end for the Lady Indians. The Lady Indians found themselves trailing in this years Elite Eight game vs Cross Creek late in the second quarter, but rallied back from a d21-7 deficit to win the game by a score of 49-39. Sophomore Averie Jones was a lightning rod for the Indians as she has been all year, scoring 26 points in the game.

The Lady Indians have leaned on their youth this year, as their roster is made up of only Freshmen, Sophomores, and Juniors. Junior guard Mary Mullinax has been the “leader” of the team, and has been a veteran locker room presence for a team without any true senior leadership. Lumpkin will look to cap off this historic season by capturing a state title on Friday at 1:00pm vs Greater Atlanta Christian.