FANNIN, Ga. — After delaying their vote for a month, the Blue Ridge City Council approved a controversial condominium proposal. In a two to two vote, Mayor Whitener voted in favor of allowing the project to continue.

Last month, the council heard a proposal for a condominium complex that would exceed the Central Business District height limit of 35 feet. With concerns of potential lawsuits for denying the project, the council agreed to table the vote until they could seek legal opinion on the issue.

Council member Rhonda Haight spoke first on the issue, reading a legal opinion she had received from Smith Conerly, “He said he’s been asked to render a legal opinion as to whether 35 height limit in CBD zoning districts, adopted by the mayor and city council on July the 13th, 2021, applies to the proposed development of a certain property located at 200 West First Street, Blue Ridge, Georgia, the subject property. For the reasons set forth herein, it is my legal opinion that the subject property in the proposed development thereof is subject to the 35 foot … height limit.”

Panter responded, “I’ve got an opinion also.” Panter’s legal opinion came from City Attorney James Balli. He read, “It is in my opinion the rights to construct the building at the height shown on the approved elevation has likely vested. When a permit is not yet issued, the Supreme Court of Georgia has stated, adopt the rule recognizing Illinois. When a landlord makes a substantial change in position, by expenditures and reliance upon the probability of the issuance of a building permit based upon an existing zoning ordinance and the assurance of zoning officials, he acquires vested rights and is entitled to have the permit issued, despite a change in zoning ordinance which would otherwise preclude the issuance of the permit.”

These two legal opinions were the basis of the council’s decision. Haight wasted no time moving the council to vote, “I make the motion that the Robbman Scott Kiker … property located at 200 West First Street be denied a building permit for a 60 foot building.” Council member Nathan Fitts seconded the motion. Eventually, members Mike Panter and Robbie Cornelius voted against Haight’s motion and in favor of the condominium proposal. With member Harold Herndon absent, Mayor Whitener was left to break the council’s tied vote. “I’m going to have to say we should pass it,” Whitener said, allowing the developers to continue the development as planned. 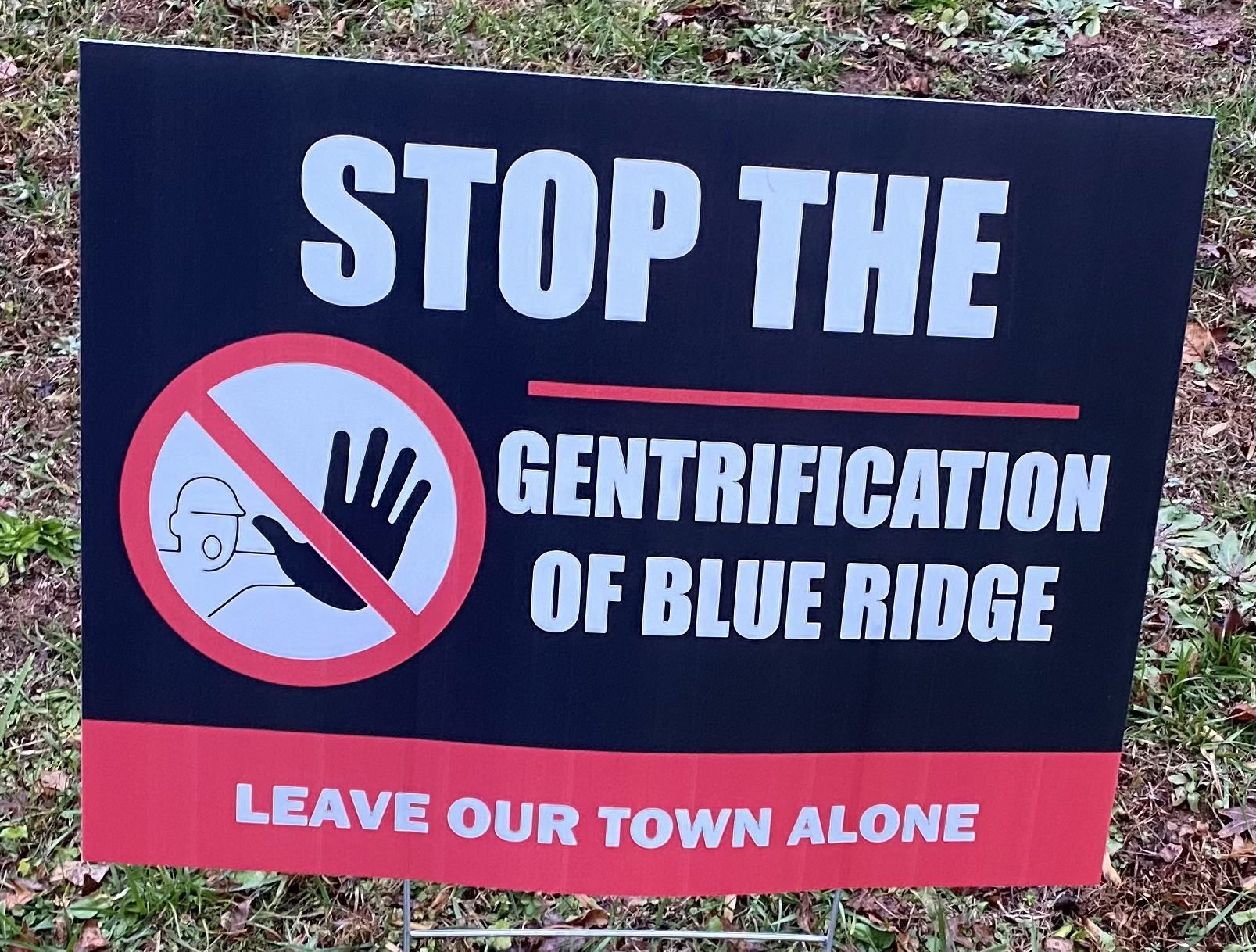 The group posted signs around the city, and held them during the meeting to protest the approval of the condos.

During the meeting, many local residents came to voice their opposition to the proposed development. The group spoke out against what they saw as continuing overdevelopment, regardless of what was in the city’s ordinances. They also criticized Mayor Whitener, and many walked out after she cast the deciding vote.

At the meeting, the council also approved a cost of living raise of four percent for all city employees.