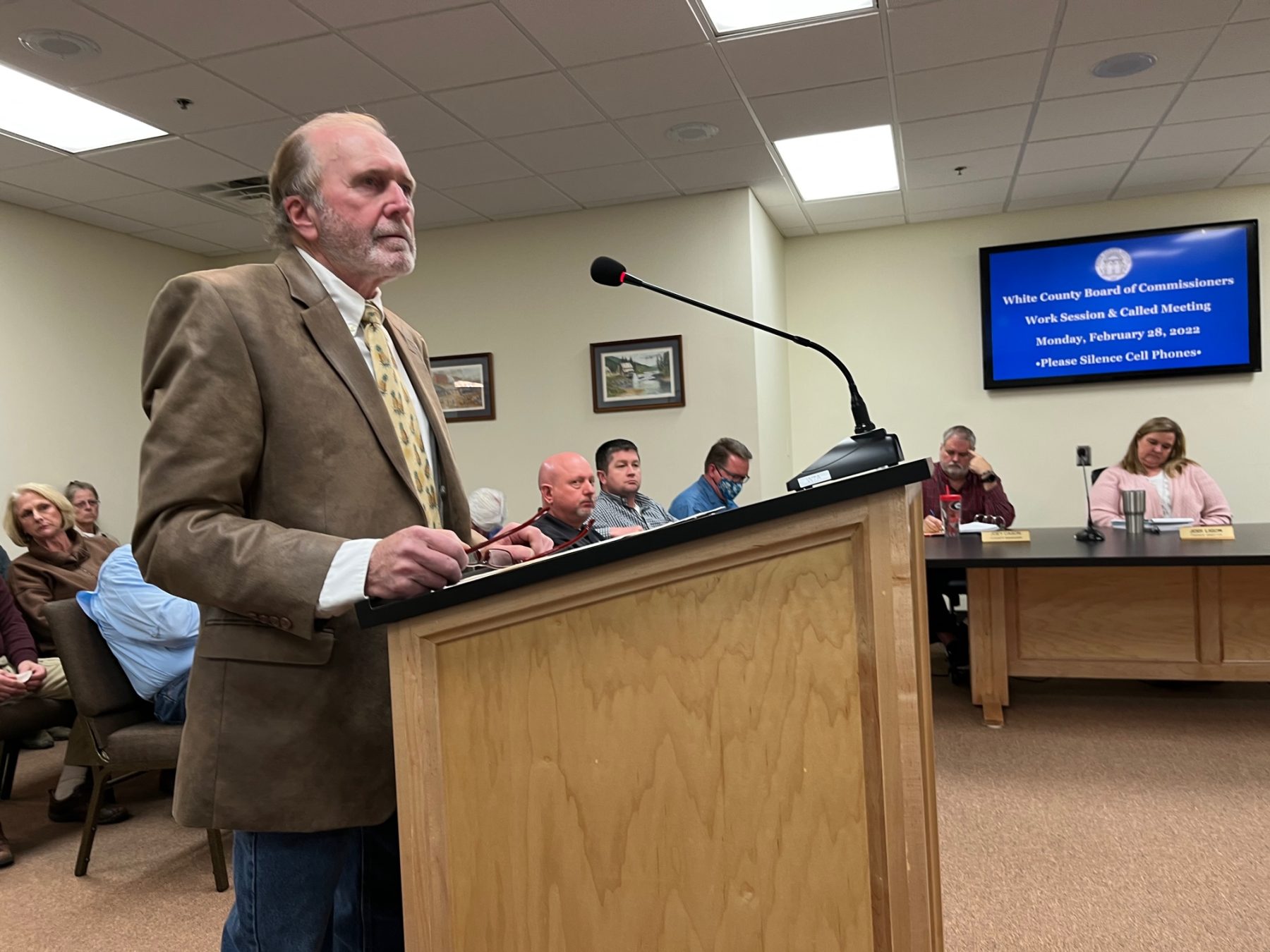 WHITE COUNTY, Ga. – A report by White County Water Authority Board of Directors Chairman John Ziemer presented at the Board of Commissioners meeting this week has raised questions about how the Authority will meet the future needs of a fast-growing White County population.

Ziemer pointed out that the Authority is an enterprise, meaning it receives no money from the county. It serves approximately 2,450 households and its revenue is derived from the sale of water (about 89 percent) and new service connections. The authority has $11.1 million in assets and $1.8 million he said.

Turner Creek is the Authority’s water source with an average production of about 850 to 1 million gallons per day.

In a phone interview Tuesday, County Commissioner Edwin Nix, the Authority’s Executive Director said the Authority bought one well about 20 years ago but it didn’t turn out to be the producer it should have been. “It’s so expensive to bring those things on line that when engineers say you can only run it 12 hours a day and have to let it rest 12 hours, it wouldn’t be worth the money to bring it online.”

Nix said there is another well on the Authority compound that hit water in late 2019 and is pumping water 24/7 but has to be throttled back to no more than 100,000 gallons per day while waiting for paperwork to be approved by the Georgia Environmental Protection Division. “Once you go over 100,000 gallons a day, it has to be a permitted withdrawal,” he said.

“As soon as we get that permit, we’re going to drill another one here on the upper end of the compound. We’re hoping to have two good wells here on site.”

Nix also said the Authority had approached the EPD to suggest building a new plant to pull water out of Yonah Preserve “That was an absolute ‘no,’ he said. They said don’t even think about it so we don’t think about it.”