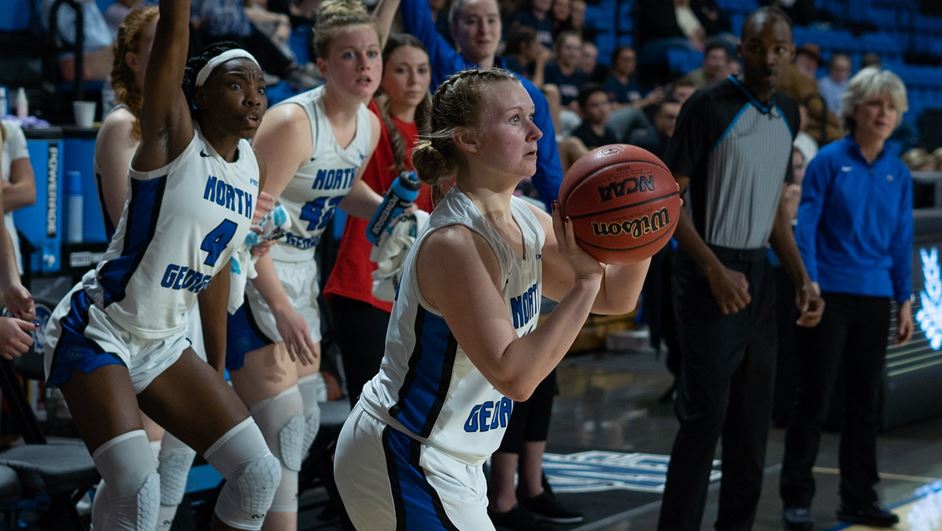 AUGUSTA, Ga. – The No. 10 University of North Georgia women’s basketball team claimed at least a share of the Peach Belt Conference regular season championship and the top seed in next week’s PBC Tournament with a 66-58 win over Augusta Wednesday night.

After trading baskets in the opening minutes, North Georgia took control of the game by going on an 11-2 run midway through the first quarter. The Nighthawks led by six at the break and started the second half on a 9-0 run to lead by 15, 43-28.

Augusta answered late in the third quarter, going on a 15-0 run to tie the game at 47-47, but UNG would pull away in the fourth quarter to claim the win.

NOTES
– It’s the third time in the past five seasons that UNG will be the top seed in the PBC Tournament and the first time since the 2018-19 season.

– Julianne Sutton paced the Nighthawks with a 25 point, 11 rebound double-double. Caroline Martin had 14, while Josie Earnhardt played all 40 minutes, scoring 12.

NEXT UP
North Georgia will honor the senior class Saturday afternoon as they wrap up the regular season with USC Aiken at 1:30 p.m.