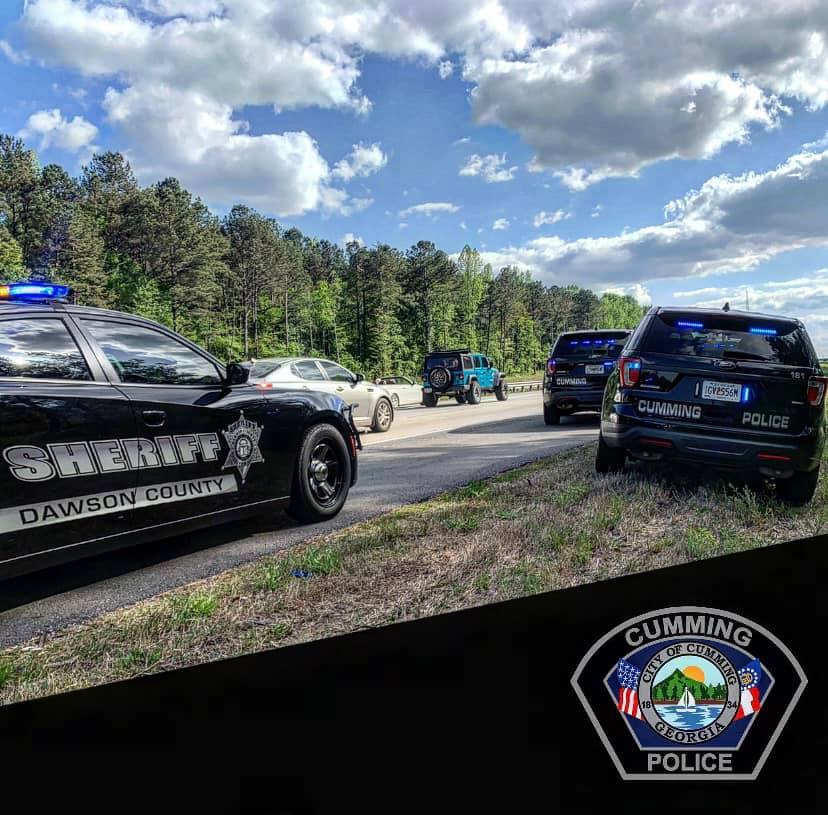 This led officers to conduct a traffic stop. During the stop, the officers searched the vehicle after the driver gave consent and discovered items in the vehicle matching the description given by Dawson County Sheriff’s Office as missing and stolen.

The driver and passenger were both arrested and turned over to the Dawson County Sheriff’s Office.