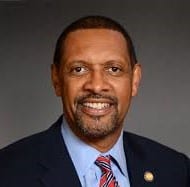 ATLANTA – State Representative Vernon Jones (D-Lithonia) today issued the following statement regarding the Atlanta City Council’s recent adoption of a local ordinance which would amend the Atlanta Police Department’s procedures to incorporate various alternatives to use of force:

“The Atlanta City Council’s new police reform policies would require police officers to give a verbal warning before using deadly force, such as firing a weapon to apprehend a dangerous suspect.

“If police officers have to worry about whether to issue a warning or be indicted or punished for doing their jobs, those very seconds spent questioning their actions could cost their lives or lives of citizens of Atlanta.

“This ordinance is taking away police officers’ instincts and training in order to satisfy a political agenda.

“Georgia law prohibits cities in our state from adopting any rule, regulation or policy that would ban a police officer from using a lawful degree of force to apprehend a suspected felon. Furthermore, Georgia law also clearly states that such policies that are in conflict with the state’s laws regarding use of force would be null and void. These police reform policies would conflict with our state laws, meaning they would be unconstitutional.

“I strongly urge the Atlanta city attorney to look closely at this ordinance and advise the mayor of its merit and constitutionality. I also strongly encourage the Atlanta City Council to not consider defunding or making significant cuts to the Atlanta Police Department.”

Representative Vernon Jones represents the citizens of District 91, which includes portions of DeKalb and Rockdale counties. He was elected to the House of Representatives in 2016 and currently serves on the Energy, Utilities & Telecommunications, Human Relations & Aging and Transportation committees. 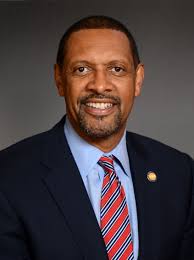