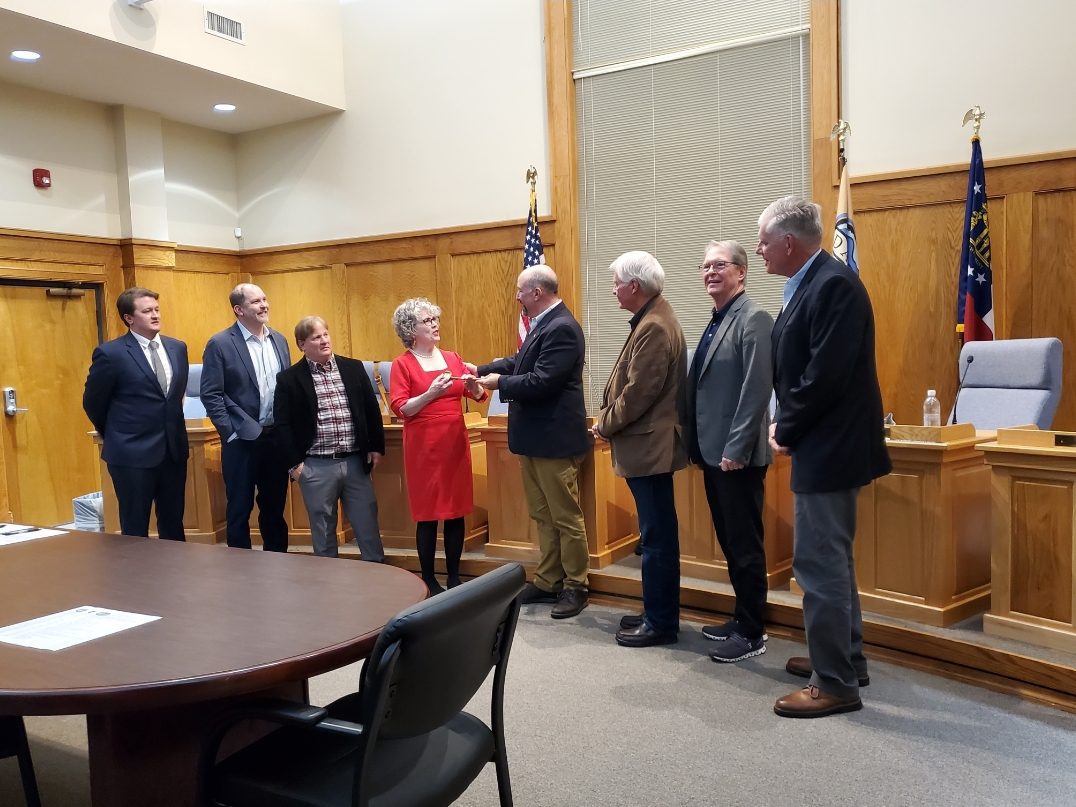 DAHLONEGA, Ga.- On Jan. 4 the three new councilmembers and the newly elected mayor were sworn into office and began their first meeting.

The council approved resolution 2022-01 as their first action. They also approved the Wimpy Mill Park Restroom project and the Wimpy Mill guardrail replacement project. Mayor JoAnne Taylor also asked that the council have two names for suggestions for the city of ethics board by the work session on Jan. 18 at 4:00 p.m.

Councilmember Roman Gaddis, Ross Shirley, and Ryan Reagin were sworn into office by Judge Raymon George of Lumpkin County Superior Court. These are four-year terms with this being Gaddis’s third term as a council member.

Mayor JoAnne Taylor was also sworn in by the judge. Taylor previously was a council member until she stepped down to run for mayor. For more information about Taylor visit https://lumpkin.fetchyournews.com/2021/08/18/joanne-taylor-addresses-reasons-why-shes-running-for-mayor/.

The first resolution for the new council was resolution 2022-01. This is a resolution honoring Mayor Sam Norton for his years of dedication and service. This was approved unanimously and met with a round of applause from the audience in attendance. Norton opened the meeting with some statements regarding his time as Mayor. 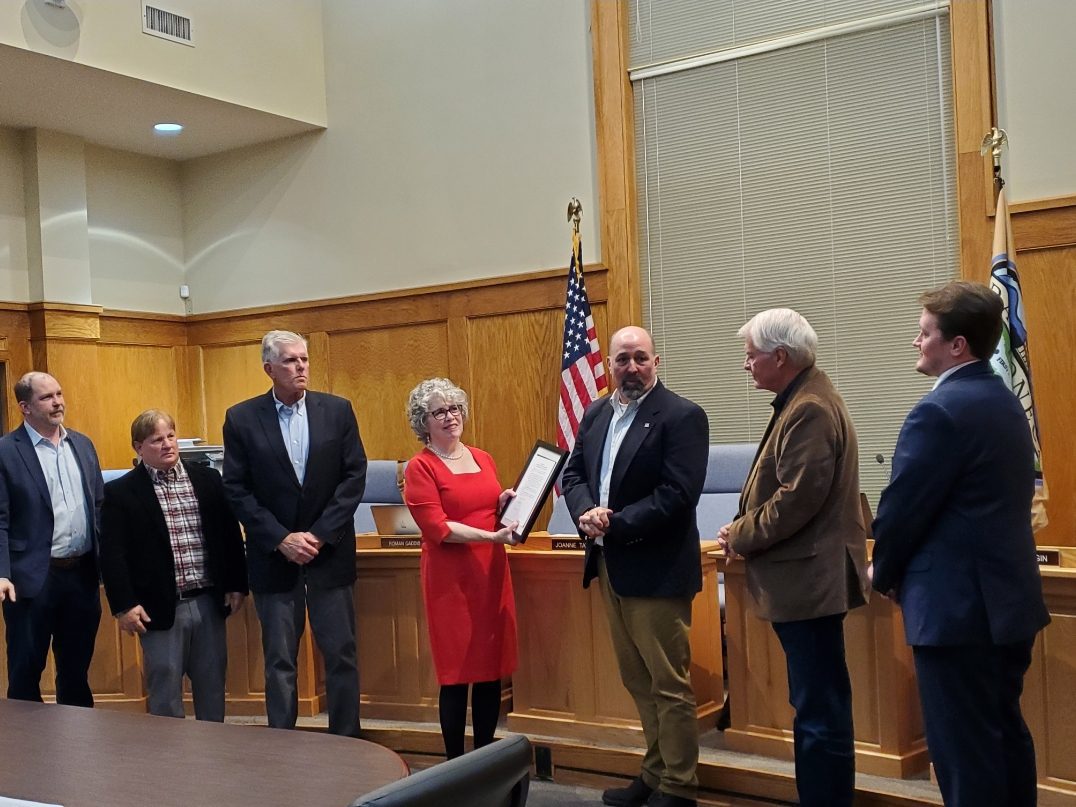 Mayor Sam Norton while receiving his copy of Resolution 2022-01.

“I would like to take a moment to appreciate the staff and the council for an extremely productive last four years,” thanked Norton.

To read the resolution visit https://mccmeetings.blob.core.usgovcloudapi.net/dahlonega-pubu/MEET-Packet-ccf29712b5bc4180afa202426294ce7a.pdf.

The next item for the council was the approval of the Wimpy Mill Park Restroom project. The project was budgeted for $110,000 and the bid came in at $91,744. The $18,226 left in the budget will go to water taps, sewer taps, power drop from Georgia Power, and site prep.

The facility will be concrete with stainless steel fixtures. This will result in a low-maintenance facility for years to come. The council saw fit to approve this project.

Taylor closed the meeting with a few statements for moving forward. 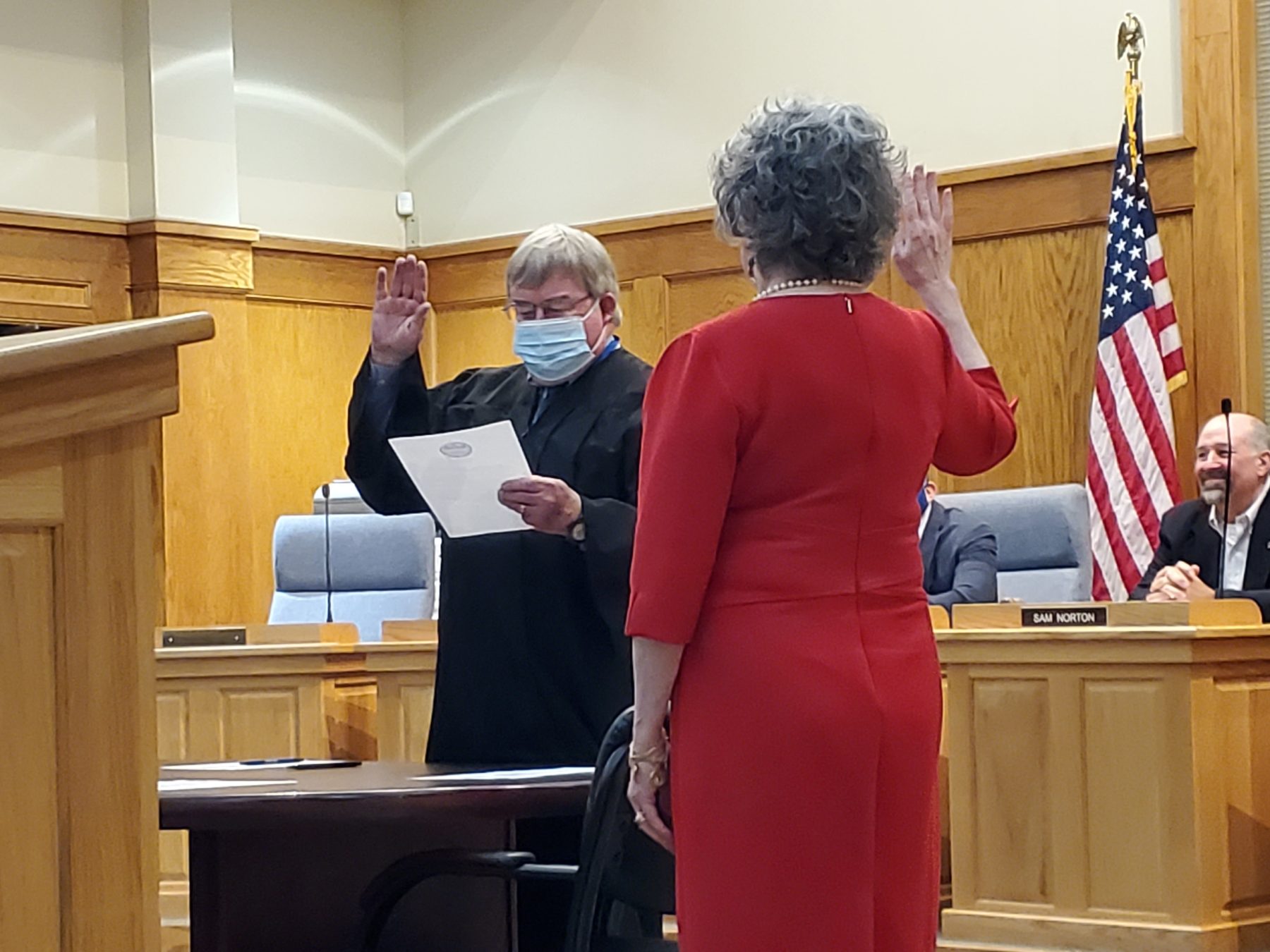 “I would like to express my deep appreciation for all the support I’ve received and for the staff of our city who work tirelessly on our behalf and right now are pretty short-staffed. Their work is what actually makes our city work, so I thank them very very much for their commitment and I am committed to serving all the people of Dahlonega, and I am an open door,” commented Taylor.