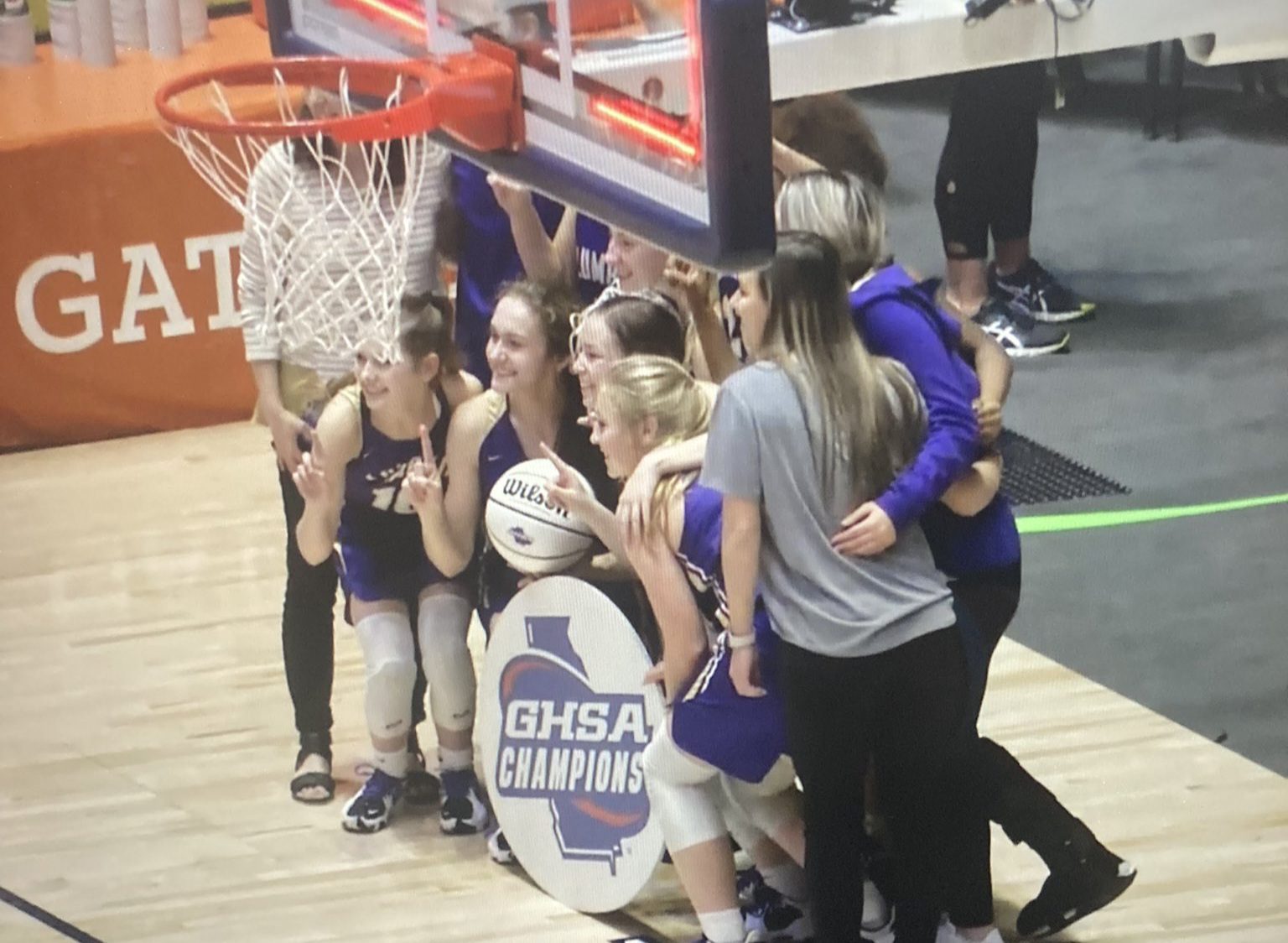 Macon, Ga- Lumpkin County and  Greater Atlanta Christian found themselves in a stalemate with 38 seconds left to go in the GHSA AAA Women’s State Championship, but a Kate Jackson layup put Lumpkin ahead 49-47, and allowed the Indians to capture their first EVER State Championship!

Greater Atlanta Christian led for 28 of the 32 minutes of gameplay in the State Championship bout with Lumpkin, and it looked like they were going to cruise to their 10th State Championship crown. But David Dowse and his Lumpkin County Lady Indians thought otherwise.

Sophomore Averie Jones scored 8 straight points late in the fourth for the Lumpkin and gave her squad their first lead of the game. Greater Atlanta Christian tied things up with less than a minute to go in the game, but a Kate Jackson layup off of an incredible in-bound pass was the game winning bucket for the Lumpkin County Indians.

The Spartans did a pretty good job bottling up Region 7AAA player of the year Mary Mullinax, holding her to only five points and 7 assists, but the other Lady Indians picked her up. Averie Jones led all scorers with 17 points, while Kate Jackson and Lexi Pierce also broke into double digits for the Indians scoring 15 and 12 respectively. Jackson also had 13 rebounds on the night.