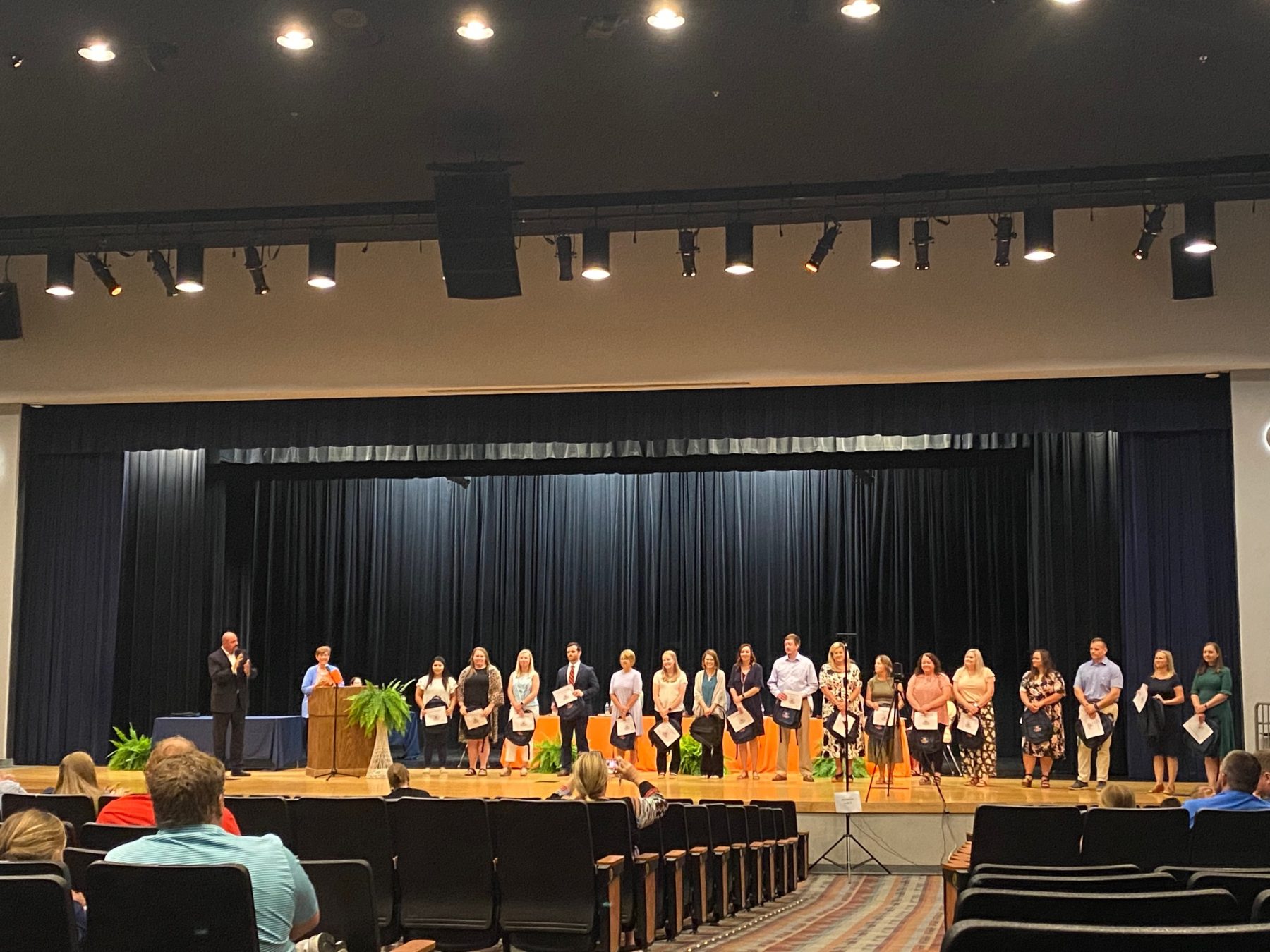 HABERSHAM COUNTY, Ga. – The Habersham Board of Education met in the Habersham Central High School Performing Arts Center on June 13, and approved the agenda as shown here.

Highlights of the meeting include Superintendent Matthew Cooper giving praise to the board, the community, and the parents in their support of the renewal of ESPLOST VI, the local option sales tax that goes toward funding important ventures for the school system, such as overhauling the bus fleet.  Additionally, he spoke on an initiative for partnership amongst the Habersham County School System and the County Sheriff’s Office.

Cooper said that Habersham County was leading the way on school safety within and more broadly outside the state of Georgia.

“Tonight, nothing is more important than our school resource officer program, it’s at the top of the list,” said Superintendent Matthew Cooper

When Cooper arrived a decade ago, the school system had its own police department with two officers.  “It wasn’t much smaller ten years ago. It wasn’t much smaller, we had 13 schools instead of 14. About 6800 students instead of 7100, but it was still a very large school system…Which frankly wasn’t very effective, and it certainly was not efficient.” And so he approached the Board of Education, Sheriff Joey Terrell, and the Board approved the measure to hand school security over to the County Sheriff.

Multiple awards and recognitions were given. The Board unanimously approved multiple motions, like the purchase of 11 new school buses in fiscal year 23, all funds, pay scales, job descriptions, etc. presented by the CFO, and also approved declaration of the May 24 election results.

The Board also approved a 1-year extension to Superintended Cooper’s contract.

The Summary of the Monthly Board Meeting can be seen here.  To watch the meeting in its entirety, you can also click here.