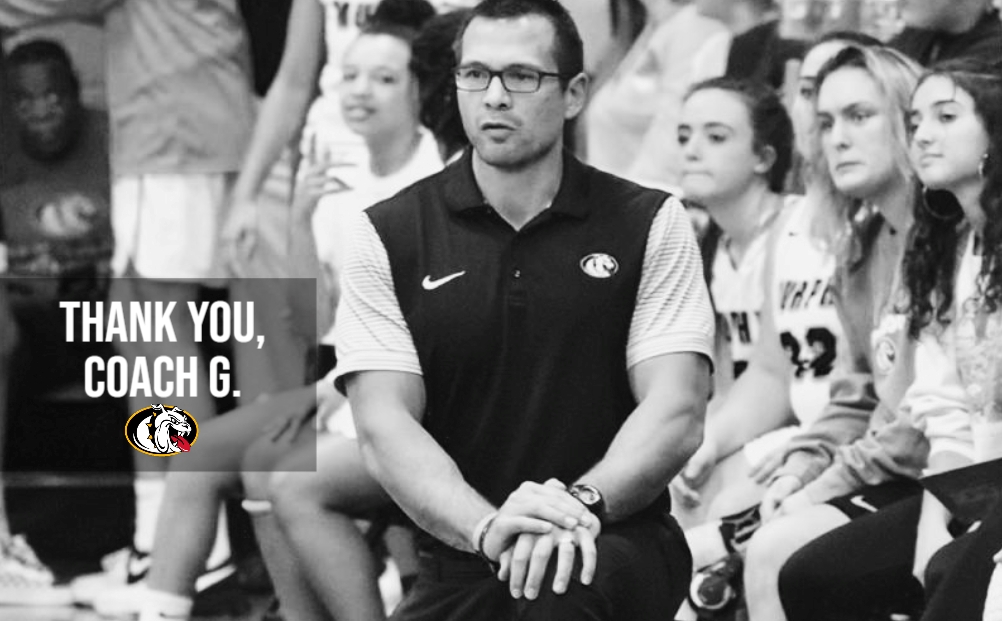 Murphy High School Athletic Director and Head Girls Basketball Coach, Ray Gutierrez, has announced that he will no longer be with the program next year. In an interview with TeamFYNSports, the decorated coach said that being at Murphy was his dream job and that Bulldog Country will always be home, but it was time to do what was best for his family.

“Our two boys [Banks and Brayden] had an opportunity that we thought would make them more well-rounded academically, athletically, and spiritually. We are moving in order to put our boys in the best situation we possibly can.”

Gutierrez has been a part of 7 State Championship winning teams in his five years as Athletic Director and was the Head Coach of 2 of those titles.

“I’m going to miss this place, the small town camaraderie and the history that surrounds this school. This town will always be home, and I know that one day I will end up back in Murphy, this is just a move that is best for my family at this point in time. I’m not taking sides or calling anyone out, I just feel like right now there’s a lot of uncertainty surrounding the county and with some of the decisions that are being made, it’s clear the emphasis is not being placed on education. As a man, and being the competitor that I am, winning has always been at the forefront of everything, and we’ve won a lot and accomplished a lot here. But as a dad, your priorities change and my priority right now is to do what is best for my boys’ future.” 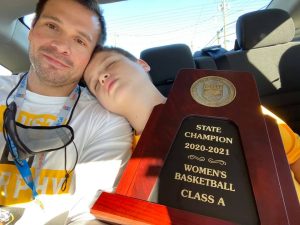 In reminiscing about his first years here at Murphy High, Gutierrez said his goal was to come here and change the culture surrounding the basketball program.

“I always want to leave somewhere in a better position than where it was before I arrived. When I first came to Murphy High School five years ago, that basketball program was down a little bit and had been for a while. It seemed like the expectation when we got here was that we were automatically just going to be successful and win. I’m not sure if that expectation stemmed from the fact that we accomplished so much at Hiwassee Dam or what, but the pressure was on.”

“Ultimately we did turn things around and we were successful in that first year, but none of it could’ve happened, this run we’ve had and the titles we’ve won couldn’t have happened without the staff we had in Coach Cody Webb and Jordan Lovinggood and Coach Holloway, and the athletes on that first team. When we first got here, the kids didn’t even think they deserved to be on the same court as Cherokee. By the end of that season, we beat them twice. The first group of girls laid the groundwork for what we’ve built here. Everything that we’ve done should be credited to the kids. I’ve been honored to coach some of the best girls basketball players in the state, and in doing so we’ve won more games than any team in the state. These kids have really made me look good.“ 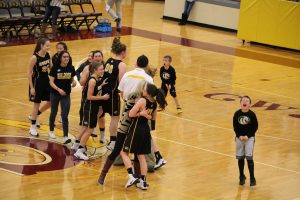 Coach Gutierrez expects the success in the girls basketball program to continue, going on to say, “You know we’ve lost a lot of talent over the years, lost some great players. We lost an outstanding player last year. But I am excited for this group of girls coming up. We’ve got some great girls coming back out and they have had a great summer. They should be right back up at the top again. These girls will continue to succeed on and off the court.”

When asked about his successor, Gutierrez said, “As far as what’s next for Murphy High School, I have no idea who is going to be the new Athletic Director or the new girls basketball coach. There are so many people here at Murphy High that are qualified–so many good people-coaches that I think would do a good job and with that being said I don’t feel like I can rightly recommend anybody. Our administrator Dr. Fletcher does such a good job in hiring people and putting them where they need to be, I have no doubt the right decision will be made.”