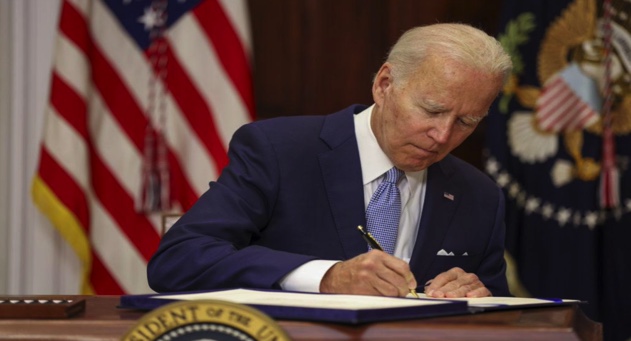 WASHINGTON – The first major gun reform act in decades was signed, June 25, by President Biden. The bill, known as the Bipartisan Safer Communities Act, has been referred as ways to implement “red flag” laws, more extensive background checks, and provides millions of dollars for mental health and gun safety programs.

In the wake of the Texas mass shooting that took the lives of 19 students and two teachers, lawmakers from both sides acted fast to push gun reform. The bill moved swiftly through the Senate after it was written by 10 Democrats and 10 Republicans. It moved to the House and onward after getting a 65-33 vote.

750 million will go towards implementing crisis programs that help keep guns away from individuals who are deemed dangerous. These programs also will enforce better mental health avenues and veteran protection. Republicans also pushed for “red flag” laws to seep into states that have similar crisis centers.

The “boyfriend loop-hole” that brought concerns from both parties was closed with this Bipartisan Act as well. Anyone convicted of domestic violence charges in the future will not be able to obtain a gun in order to protect the families from any potential threats.

More gun sellers will have to register as Federally Licensed FireArm Dealers and there will be more extensive reviews on background checks for people ages 18 – 21.

This helps divietate away from gun trafficking and straw trafficking as well being that most gun sellers will now have to register and complete a background check.

“This act includes actions that I’ve longed for that are going to save lives,” Biden said.