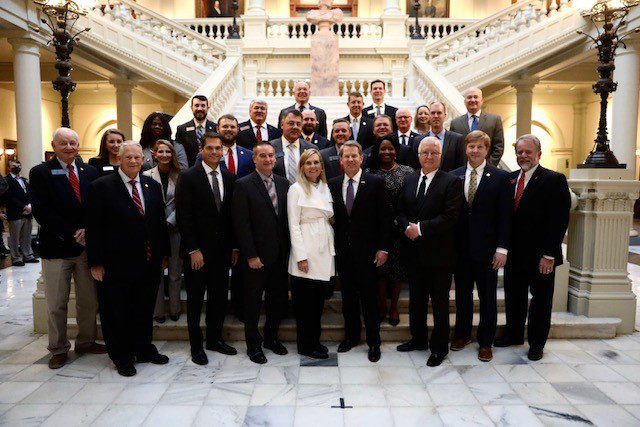 Governor kemp announced that almost $408 million will be awarded across 70 Georgia counties to provide them with faster and more reliable broadband access.

He issued the following press release on the topic:

These 49 American Rescue Plan Act (ARPA) grant projects represent an investment of more than $738 million in Georgia when matching funds are contributed.

“I am very proud that Georgia is once-again leading the nation in developing collaborative, innovative, and fiscally conservative ways to leverage government funding to positively impact and serve as many Georgians as possible,” said Governor Brian P. Kemp. “I want to thank all of the members on the Broadband Infrastructure Committee as well as the grants team at the Office of Planning and Budget, and the broadband and special projects team at the Georgia Technology Authority for working together to score applications and recommend projects that reflect the greatest needs and interests of hardworking Georgians. We look forward to the positive impact these projects will have once completed. I ran on a promise to bring opportunity to rural Georgians. If you look at the map of Georgians who will now have access to rural broadband, you will see a promise kept.”

On June 29, 2021, Governor Kemp announced members of the Georgia Jobs and Infrastructure Committees. The bipartisan committees were responsible for receiving applications and making recommendations to the Governor regarding federal coronavirus relief funds allocated to Georgia through the American Rescue Plan. State government entities, units of local government, industries, and nonprofits were eligible to apply. Specifically, the Broadband Infrastructure Committee was responsible for making necessary investment recommendations to provide unserved or underserved locations with faster, more reliable broadband access.

Today’s announcement represents the initial phase of the rollout. The state is now in a due diligence posture, collecting tangible information and working with grantees to maximize our ability to serve the most Georgians in the highest-need areas. As the due diligence phase wraps up based on final ARPA guidance from the United States Treasury and project awards are finalized, there is potential opportunity to repurpose or leverage other federal funds to address areas that may not have been addressed with these awards.

“The volume of applications from all corners of the state proved what we thought we know: citizens need better broadband options for work, school, and play,” said Senator Blake Tillery. “The communities and providers who did the detail work of separating out RDOF areas, avoiding overbuild in already served communities, and calculating local and applicant matches to stretch state dollars to more citizens earned these grants. These awards are a giant step toward resolving the technological divide between our urban and rural communities.”

Due to the hard work and forward thinking of the legislature, the Department of Community Affairs, and the Carl Vinson Institute of Government, the Georgia Broadband Availability Map is a wonderful resource that helped the state identify the necessity of these projects. Leveraging this map, focus was placed on selecting projects that will help maintain a level playing field for private sector competition, also taking into respect parallel funding streams available for broadband access or expansion – like the Federal Communications Commission’s Rural Digital Opportunity Fund (RDOF). Geography was also considered in order to disperse funds in an equitable manner.

“I am excited to see the impact these grants will have in connecting more Georgians to high-speed broadband and to watch the improvement in educational and business access they will create,” said Representative Terry England.

In addition to this historic investment in broadband expansion in Georgia, the FCC’s RDOF program has awarded $326 million in funding that will also bring service to almost 180,000 unserved locations over the next several years. Due to proximity and connection to the Broadband Infrastructure Committee awards, many of those project timelines are expected to accelerate.

The Office of the Governor would like to thank all the committee members who played an impactful role in evaluating the applications:

In total, Governor Kemp today announced 49 projects. Many represent public-private sector partnerships. In total, most recipients were local governments and non-profit organizations, and 14 service providers are represented running the gamut from large companies, EMCs, and local Georgia-based telecommunications companies. A full list is available below: 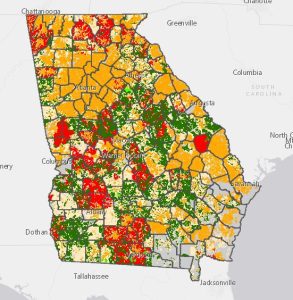