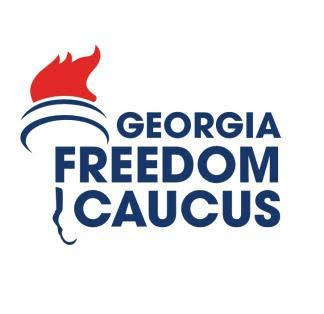 Last week, the US Supreme Court made the landmark ruling in Dobbs v. Jackson Women’s Health Organization declaring abortion not to be a Constitutional right. The Georgia Freedom Caucus commends the US Supreme Court for making the right decision however we also recognize that the fight to end abortion is far from over.

“Because of this great ruling by the Supreme Court, countless children will escape the gruesome murder that is abortion. This will save lives and is a win for every little boy and girl whose life is spared. We must not let the pro-life movement end here, however. We must never relent in defending life at all stages. Glory be to God!”

The US Supreme Court also delivered a huge win for freedom lovers in New York State Rifle & Pistol Association, Inc. v. Bruen where the court ruled it unconstitutional for a state to disallow a lawful gun owner from carrying a gun in public. This ruling will help protect lawful gun owners from gun grabbing liberals for years to come.

affirms that by preventing liberal states from disallowing citizens to carry. This is a big win for all freedom loving Americans!”

It is clear that life won twice this past week. In Dobbs, the right to simply be alive was protected. In NYSRPA, the right to preserve one’s own life via self-defense was protected. These are great wins for Georgia, for the United States, and a massive set of wins for the values of the Georgia Freedom Caucus.