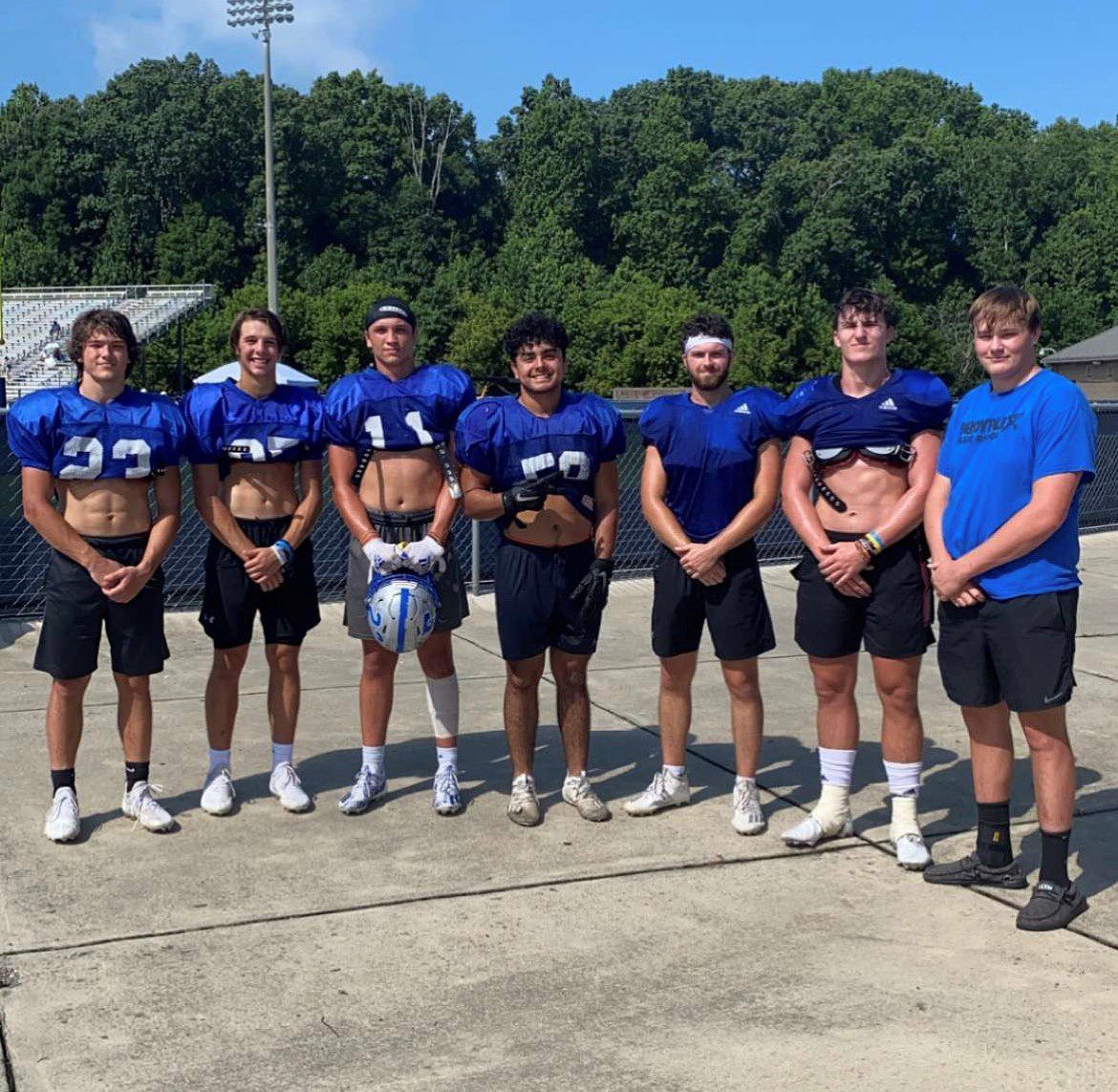 In the history of Fannin County Football, the Rebels have never made the playoffs in 4 consecutive years. The 2021 edition is working hard to achieve that accomplishment. However, the expectations now under 4th year Head Coach Chad Cheatham, are certainly above and beyond just making the playoffs.

Since Coach Cheatham arrived back home in 2018, he has quickly climbed up the all-time wins list in Fannin County History. Cheatham has 20 wins in 3 years, only trailing Joby Scroggs’ 30 wins and Clark Drennan’s 36 wins. Drennan, Scroggs and Cheatham are also the only coaches to win a region championship for Fannin County Football and take their teams to the State playoffs.

Last season, Fannin County, advanced to the elite 8. In the 1st Round, Fannin defeated nationally known Pace Academy 28-21 and in the sweet 16 defeated Heard County 21-14. This was the only time the Rebels have won 2 State Playoff Games in school history.  The 2020 Fannin County Football team finished the season with a loss to then #1 Fitzgerald in the state quarterfinals.

Last season was a magical season for the Rebels, and had it not been for Covid cancelations with Gilmer and Coosa, Fannin would have finished 12-1 but finished the season 10-1. (Fannin also scheduled Copper Basin in middle of season to make up for missing the non-region game against Gilmer but that game was also canceled due to Covid Protocols) 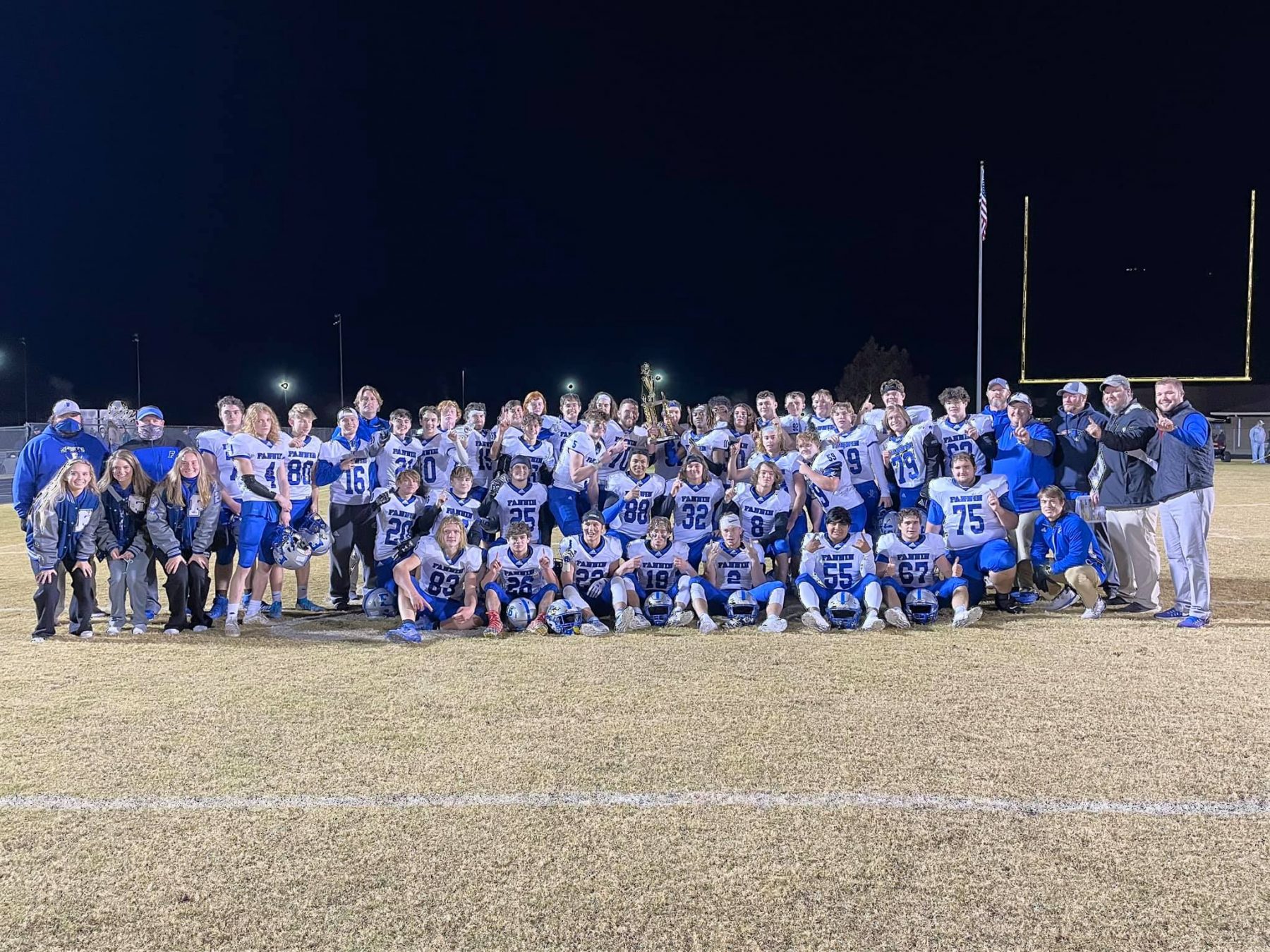 The path to the playoffs runs through Blue Ridge. That statement may ruffle a few feathers in the Rome area, but with the success all of Fannin County Sports achieved in the 2020-2021 school year, it’s true.

Fannin will have two Scrimmages to start the season. On Aug 6th, they will travel down to Huff Mosley Memorial Stadium in Ellijay to face one of their rivals in Gilmer County. This will be the 1st time in Fannin County School history (East Fannin and West Fannin merged in 1976) that Gilmer is not on the schedule. According to sources, Fannin and Gilmer is back on the schedule for 2022.

On Aug 13th, Fannin County will host Hayesville (NC) and Jake McTaggart who is widely considered by many to be the best College Prospect in our area. McTaggart is 6″6 Tight End with notable offers from Kentucky, Kansas and Liberty.

For the 30th time, Fannin County and Union County will meet on the football field. Union County leads the all-time series against the Rebels 15-14. The Rebels will look to even the series matchup as this will be home opener for the Rebels.

Union County has basically a brand new coaching staff entering the 2021 season. The notable additions of New Head Coach Michael Perry who was at East Hall the last few seasons and former Murphy Defensive Coordinator Thomas Nelson will both be a huge boost to the program. The Panthers do return starters on both sides of the ball and this game like so many Fannin/Union games should be great matchup. 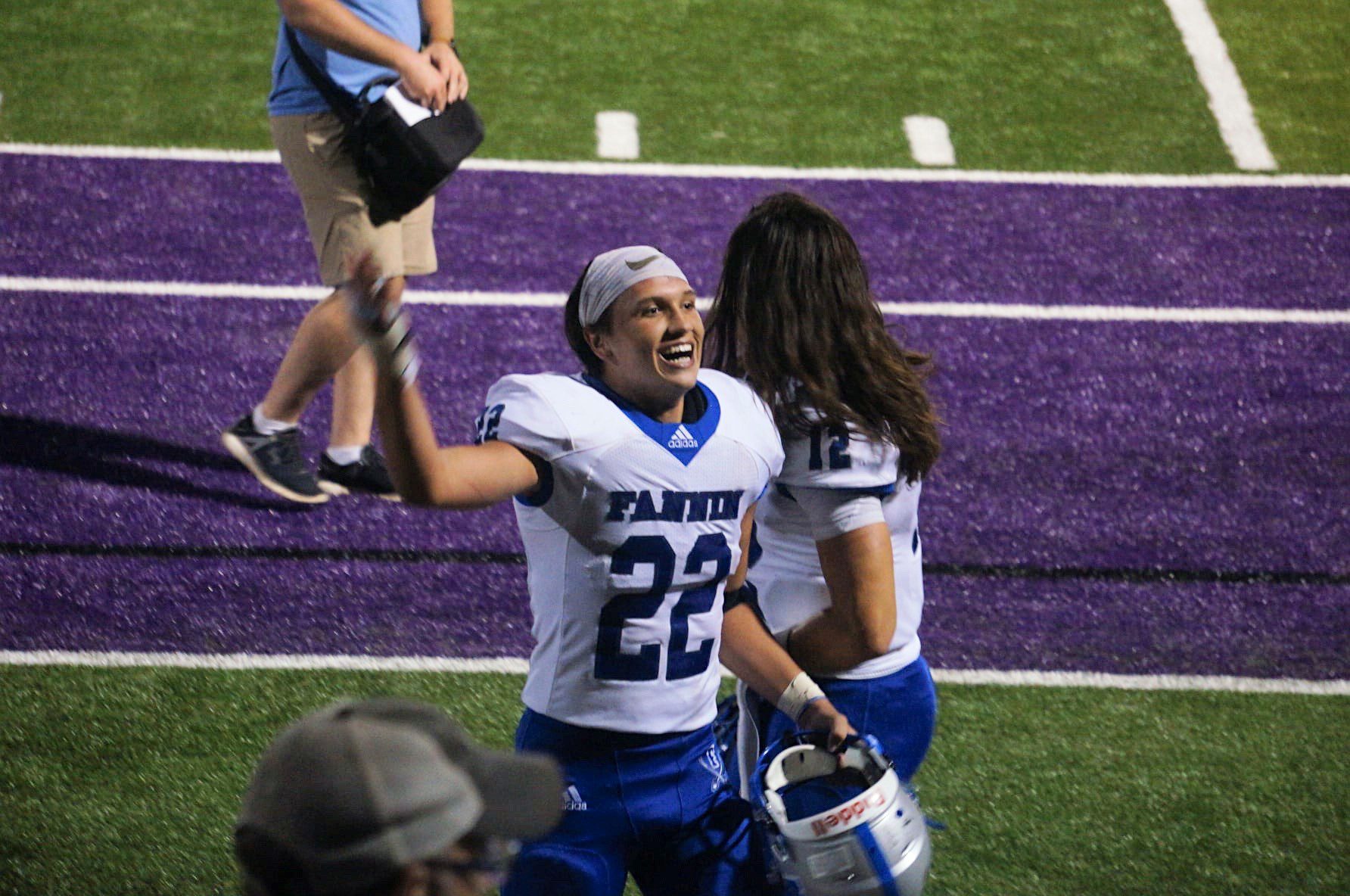 1997. That was the last time that Fannin County and Copper Basin played. Yes, they have scrimmaged in recent years and have played JV, Middle School and Youth League games. It’s just hard to believe this will be the 1st meeting since these State Line Border Schools are just separated by 16 miles. It is great for both communities that this game is back on the schedule. 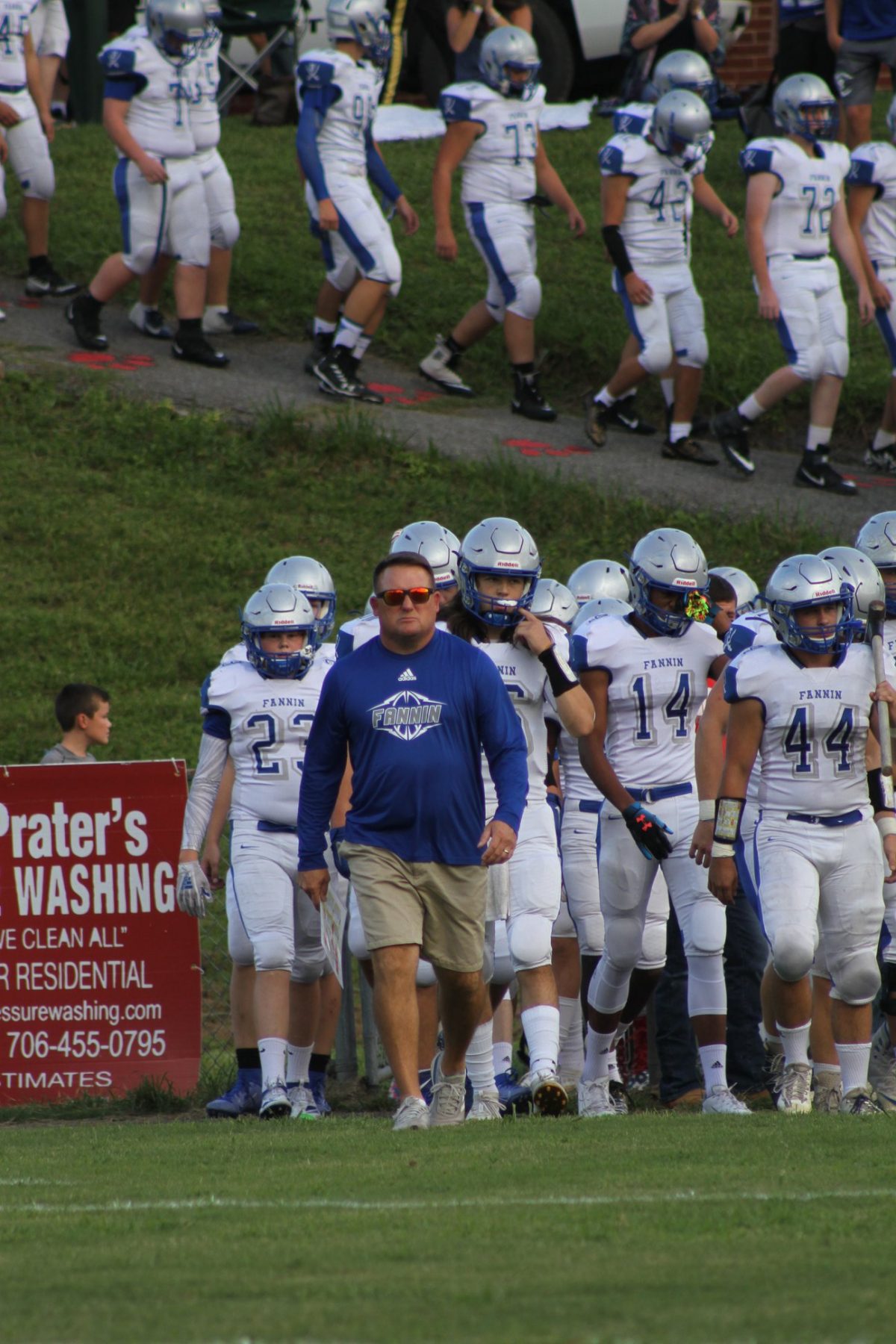 Coach Chad Cheatham will return to the school where he was an Assistant Coach before he returned home to Blue Ridge.

Last Season Fannin led 14-6 at halftime and scored 35 points in the 3rd quarter in route to a win.  Current Rebel Andrew Waldrep had an INT and several tackles in this game.

This will be the 1st time since 2015 Fannin will play in Homer.

Current Rebels, Cason Owensby had a blocked punt, Carson Collis and an INT and Cade Sands had a scoop and score for a TD in this game last season.

This will be the 1st game on the Region 7AA Schedule for Fannin County. Coach TJ Hamilton will have Gordon Central ready to go in this one.

This season, the Rebels will host Pepperell October 1st for what many reporters in the Rome area are calling ” The Region Championship.” Fannin was able to get the win last year in Lindale. 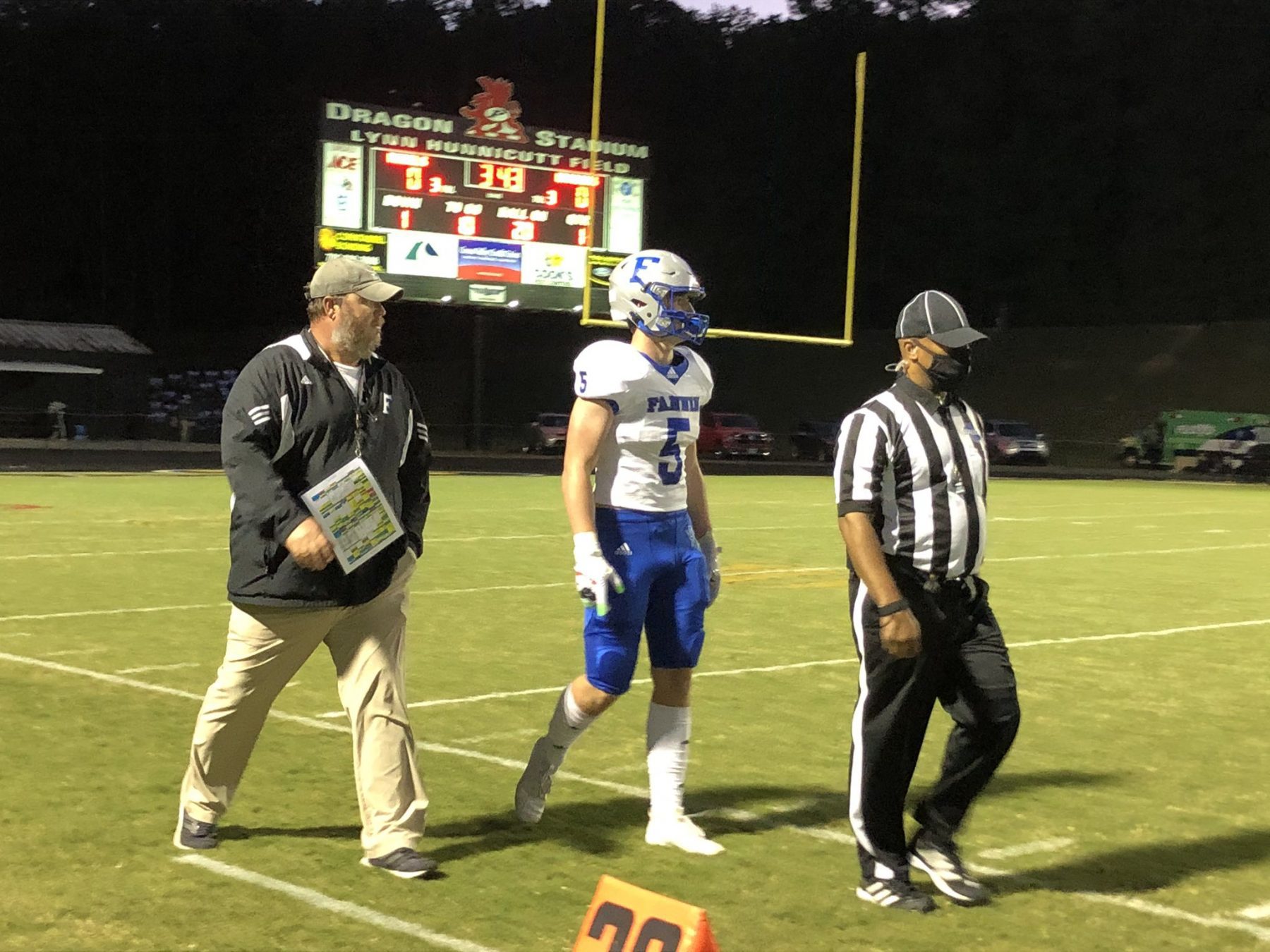 Coach Jeff Hunnicutt and Model made it to the sweet 16 last season. They defeated Booker T Washington in the 1st round before losing to Rabun in the 2nd round.

While Pepperell vs Fannin is the game that is getting all the attention from writers and reporters around the area, don’t count out Chattooga. Chattooga returns most of their playmakers on both sides of the Football.

This will be the 1st meeting between the 2 schools. Coosa had to cancel last season due to Covid.

Fannin clinched an undefeated regular season vs Dade last season at Magic Morgan Stadium in Trenton. Fannin will look to end the season on a high note and head into the playoffs after this November 5th game.

I look for Fannin County to surprise a ton of people this year. Several media outlets in Rome have Fannin predicted 2nd. While we lost several seniors on both sides of the ball, we are still returning talent and heart that will be hard to match in this region.

Fannin County by a long shot, has the best Coaching staff in the region. Head Coach Chad Cheatham, OC Chris Thigpen, DC Adam Turner, Alan Collis, Chuck Patterson, Noah O’Neal, Jeff Kuna, and Jacob Reece are all relentless workers on the field. And they are all great people off the field. The kind of men that you want your kid to be around and be coached by.

Seth Reece is the best player in the region. Yes, LaShaun Lester (Chattooga RB,) and Rowan Burdick (Chattooga DB) are impact players for Chattooga and DJ Rogers (Pepperell RB) is quick and elusive. No one does more for their team than Seth Reece.

Ricardo Arellanes and Logan Long are absolute animals on the line of scrimmage.

Dylan Collins is a nasty offensive lineman who also blocks well at the 2nd level.

Carson Collis will lead the secondary. Collis had 4 INT last season. Expect Corbin Davenport and Carter Mann to have a big season in the secondary also.

Andrew Waldrep and Cade Sands will help complete the LB Trio with Owensby.

I wish I could name all the other impact players for Fannin.  So many more come to mind. Along with the senior class, Fannin has a very talented Junior, Sophomore, and incoming Freshmen class.

Last season, everyone picked Pepperell to win the region, but do not sleep on these Fannin County Rebels. History has a way of repeating itself.