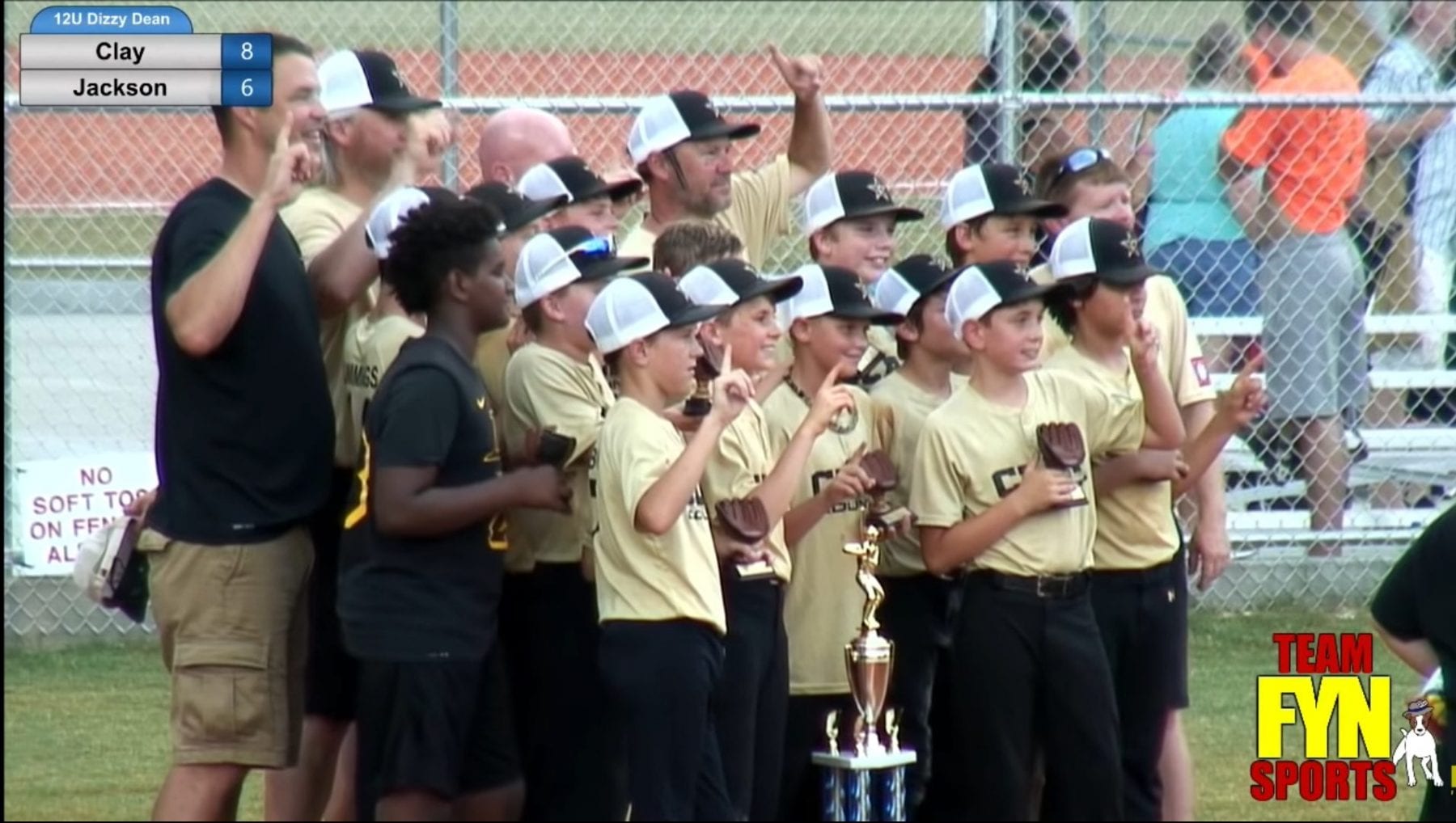 After 5 straight days of baseball, Clay County are bringing home some new trophies.

It was an exciting weekend of baseball in White County. Once everything was wrapped up, it was Clay County who were crowned champions of the Dizzy Dean District 6 12 U Baseball Tournament.

Clay County defeated Jackson County 8-6 in a back and forth final game of the tournament on Monday evening after five straight days of play. Eleven counties/teams made their way to White County’s new Yonah Preserve facility for the tournament: Clay, Jackson, Union, Fannin, Gilmer, Dawson, Towns, Jefferson, Hall, Lumpkin, and White. 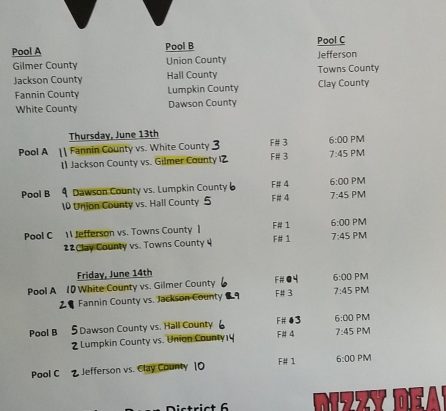 The highlighted teams are the winners of each game.

The first two days of the tournament were pool play days. The eleven teams were split into three groups. Each team played two games in order to arrange the seeding of the tournament. The main story coming out of the pool play was how dominate Clay County were. They scored an astounding 32 runs in their opening games, which easily earned them the one seed. Furthermore, only Clay and Union County won both of their games, while the rest of the teams each lost at least one of their pool games. Only Lumpkin and Towns County lost both of their pool games. 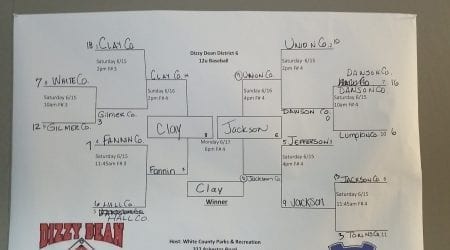 Saturday is when bracket play began, including three play in games and the quarterfinals. There were not many upsets throughout the event, with the only exception to that being Jackson County. They played two games on Saturday, defeating Towns County early in the morning to play #3 Jefferson. Jackson County was able to pull off the upset against Jefferson in the last game of the day by the final score of 9-5. The semifinals on Sunday consisted of #1 Clay County vs. #4 Fannin County, and #2 Union County vs. #6 Jackson County. Clay and Jackson advanced to the finals of this tournament. Meanwhile, all four of the semifinalists qualified for the state tournament in Canton, GA next week.

Congratulations to Clay County for their victory in this weekend’s tournament!