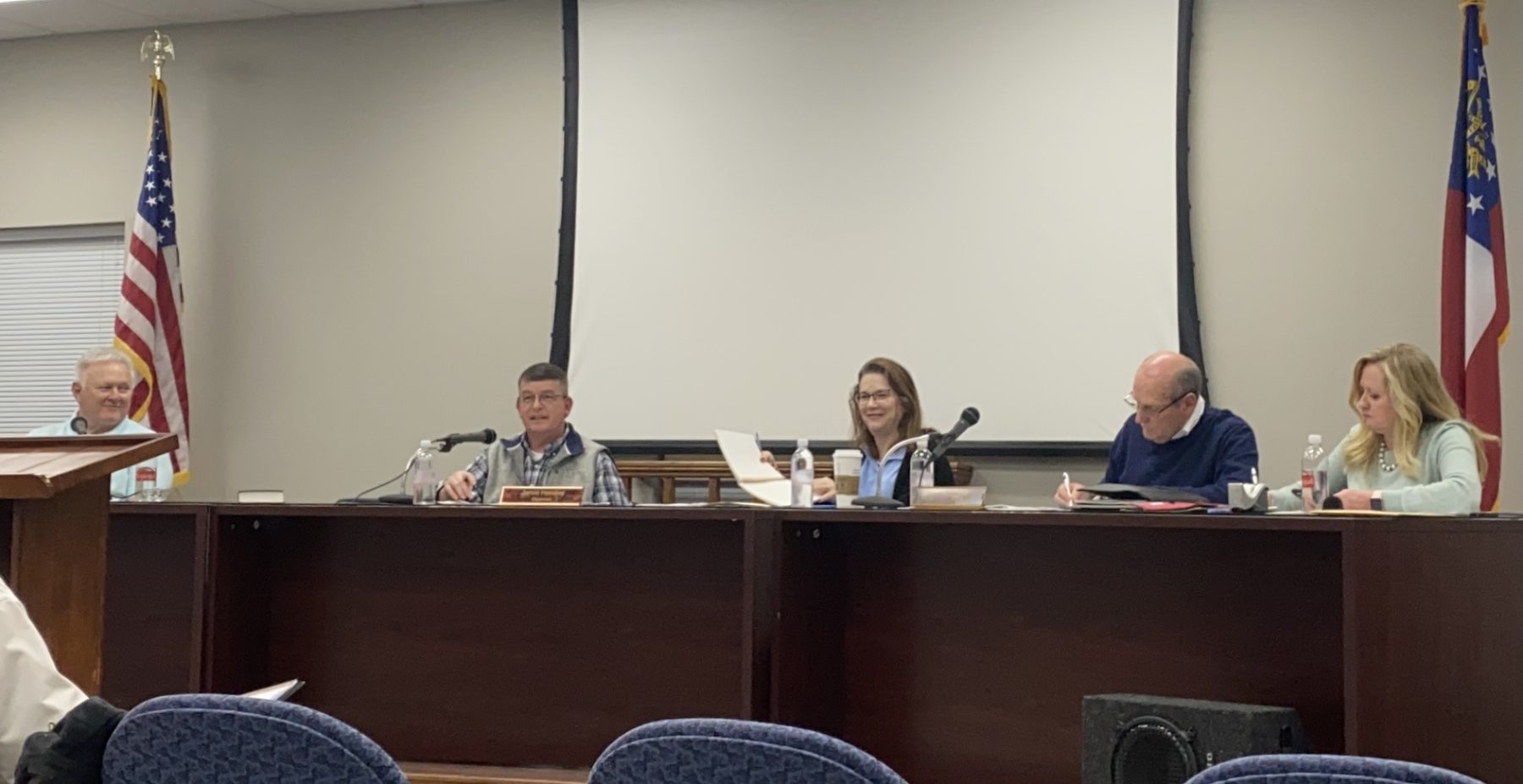 FANNIN, Ga. — The Fannin County Board of Commissioners held a regular meeting on March 8. During the meeting they approved several purchases and proclaimed March as American Red Cross Month.

Chairman Jamie Hensley read and signed a proclamation during the meeting that named March 2022 as American Red Cross Month in Fannin County. “In Fannin County, the contributions of local Red Cross volunteers give hope to the most vulnerable in their darkest hour,” Hensley said. He continued, “Their work to prevent and alleviate human suffering is vital to strengthening our communities’ resilience. We dedicate this month of March to all those who continue to advance the noble legacy of American Red Cross founder Clara Barton.” Hensley also encouraged residents of the county to support The Red Cross’ mission

Fannin County Public Works Director Zack Ratcliff attended the meeting to request purchase approvals from the board. Shallowford Bridge, which is currently closed, needs repairs to prevent it from being shut down, Ratcliff noted. The cost of the repairs would total $82,577.90, but the county was offered a grant from the Georgia Department of Transportation that will cover 70 percent of the total cost. The board approved the remaining cost, $24,773.37, to be taken from SPLOST funds for the project. The board also approved a $15,000 purchase of a rubberized asphalt distributor, and approved the purchase of three trucks for a total of $127,248.

The commissioners also discussed a piece of property the county purchased to use for employee parking. Chairman Hensley sought approval to move forward with developing the property. The board discussed and approved spending $7,800 to begin the process, including conceptual site plans and erosion control plans according to Hensley. Chairman Hensley discussed the same piece of property during a recent Blue Ridge City Council meeting on downtown parking.

The board appointed Charles Donaldson to the Northwest Georgia Regional Commission on March 8. The commission, according to the NWGRC website, serves “to improve the qualify of life for every Northwest Georgia resident, through orderly growth, conservation of the region’s natural and historic resources, and care and development of the region’s human resources.” Donaldson will serve as a non-public member of the commission, which consists of 15 counties and 49 municipalities.

The board also approved a resolution that will allow the Fannin County Water Authority to refinance two loans. The county attorney noted the loans will be reduced from a 40 year payout to a 20 year payout, along with a reduced interest rate.

Fannin’s Emergency Management Agency Deputy Director Patrick Cooke spoke at the meeting requesting the commissioner’s approval to join the Tri-State Mutual Aid Association. Cooke said joining the agreement would give the county greater access to emergency resources. “There’s a $100 per year fee,” Cooke noted, “but in the event we call in resources, there’s no cost to us at that point.” The Tri-State Mutual Aid Association says their mission is to “provide routine 2nd alarm through 5th alarm response and special calls to fire, haz-mat, specialized rescue incidents, and unusual events such as firefighter funerals and major water outages.”

A proposed Alarm Ordinance was also on the March 8 meeting agenda, but was tabled again.