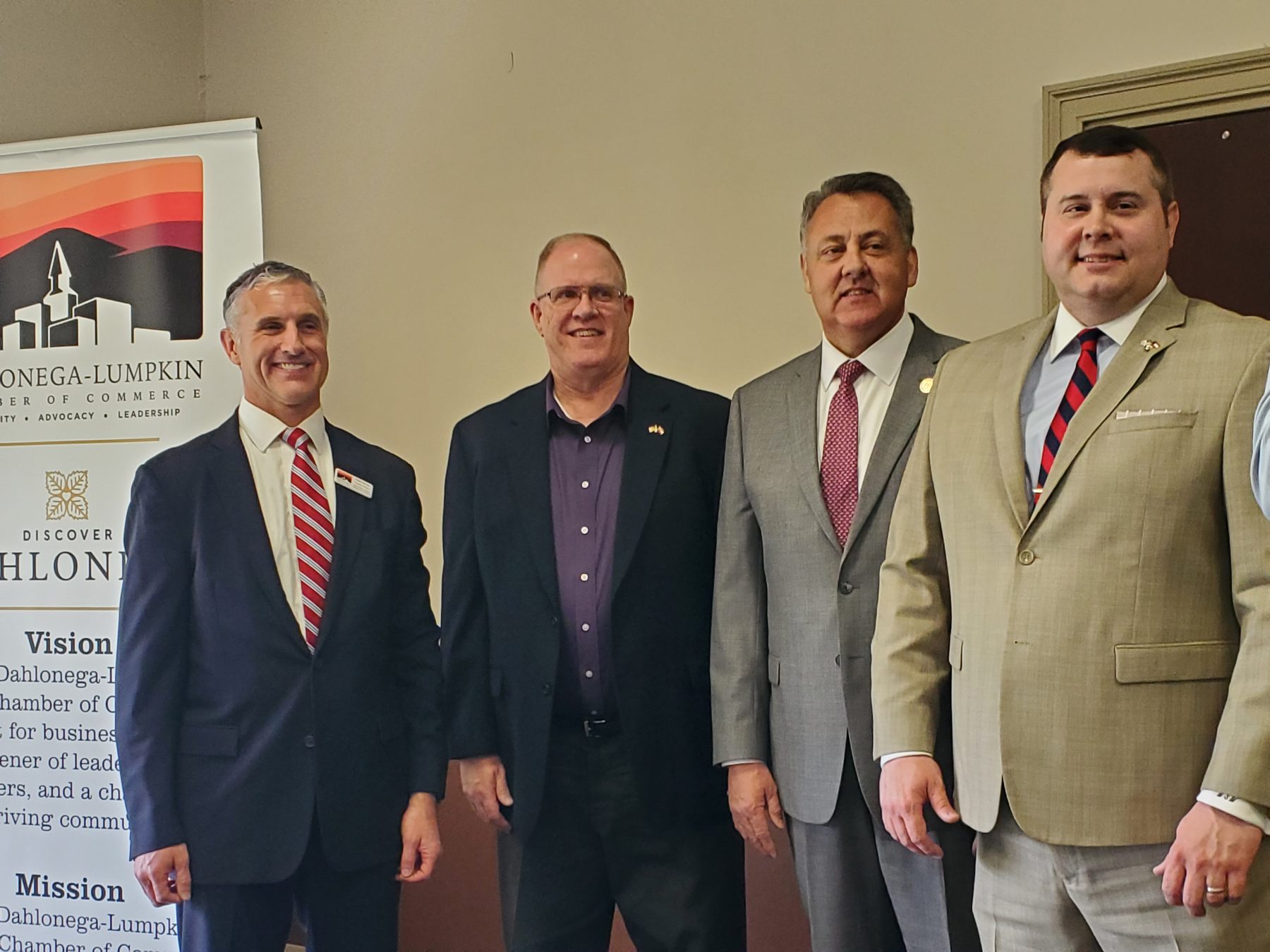 LUMPKIN COUNTY, Ga.- The Dahlonega-Lumpkin County Chamber of Commerce hosted Senator Steve Gooch and State Representative Will Wade to talk about the current state of Georgia.

The two State Representatives discussed legislation that was passed this term and answered questions. They also spoke about plans for the future.

Gooch spoke first outlining the state budget of $3 billion and explaining that Georgia is currently at a triple-A bond rate. This is the highest rate awarded by bond agencies and means that the state is at low risk for default. To learn more about the rating visit https://www.thebalance.com/aaa-rating-triple-a-357798. 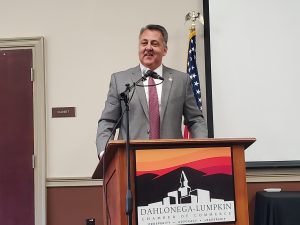 Senator Steve Gooch speaking at the State of the State Luncheon.

Gooch went on to talk about House Bill 304 the Suspense of the state excise tax on gas. This was signed on Mar. 18 in order to encourage gas stations to lower the record-high rates at the pump. The bill is in effect until May 31, however, it could be extended through executive order by Governor Brian Kemp.

The senator explained that cutting the tax did take revenue from the DOT but throughout the bill, the DOT will be receiving funds from the rainy day account. Gooch also spoke about the pay increases made for state employees and teachers. In order to retain employees some have seen a three to four dollar pay increase while teachers will be receiving the last of the $5,000 raise that Kemp promised while campaigning.

Another bill that the senator discussed was Senate Bill 319 Georgia Constitutional Carry Act. The bill waives requirements for any lawful weapon carrier to carry their firearm in a place that allows firearms. Places such as courthouses and schools are still not permitted within this bill. The goal of passing this bill is to reduce crime in Georgia.

An additional bill that Gooch spoke about is House Bill 1150 Freedom to Farm Act. This bill limits the circumstances in which nuisance claims can be brought against farmers and it also lengths the time frame that someone can claim nuisance from one year to two years. To learn more about any of the bills that Gooch and Wade discussed visit https://legiscan.com/GA. 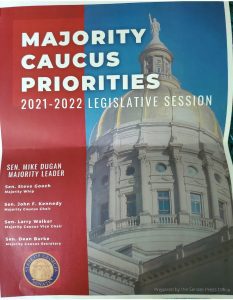 The packet with some of this year’s legislation was available to attendees of the luncheon.

House Bill 1041 Rural Hospital Tax Credit was also a topic of discussion at the luncheon. The bill allows taxpayers to donate to eligible rural hospitals and reduce their state income tax liability by the amounts they donate. Northeast Georgia Hospital in Gainesville and in Dahlonega are both considered rural hospitals, your tax preparer should be able to assist you with the details of this process.

Gooch also spoke about Senate Bill 202 Election Integrity Act and House Bill 1013 Mental Health Parity Act. The goal of bill 202 is to make it easy to vote and hard to cheat. Bill 1013 requires insurance companies to provide coverage for these illnesses as extensively as they offer for physical illnesses.

“We continue to work on issues pertaining to the integrity of our elections, that’s something we all feel is very very important. I believe there will be more legislation on that in the coming years I don’t think we are finished working on that. We want to continue to make sure everyone has an opportunity to vote but we want to eliminate every opportunity to cheat,” explained Gooch.

Lastly, Gooch touched on transportation and some of the plans for the future. This includes the eventual extension of Georgia State Route 400 all the way to the Appalachian Parkway Cleveland Bypass. There are currently studies in progress to review widening Long Branch Road. That is as far as the process has gone thus far.

Wade was second to speak and he talked about how his time on the Dawson County School Board has helped make him the go-to guy for education bills. Two of the bills he spoke about were Senate Bill 514 Unmask Georgia Students Act and House Bill 1178 Parent’s Bill of Rights. These bills give parents more opportunities to be involved with their child’s education. 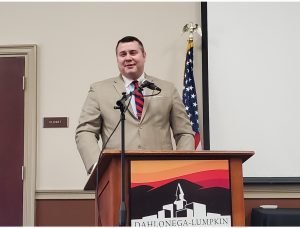 State Representative Will Wade speaking at the State of the State Luncheon.

He also talked about House Bill 1084 Protect Students First Act. This bill keeps children from being taught certain topics in ways that are meant to make them feel guilty or less than because of how they were born.

The bill also makes an executive oversight committee that regulates high school athletic associations in Georgia. This is to make determinations on theater biological males should be able to compete in sports designated for biological women.

The last bill that Wade talked about is Senate Bill 339 Expanding Postpartum Coverage for Expectant Mothers. The bill expands Medicaid coverage from six months to a year after birth.

“That was a unanimous bipartisan effort and I think it was one that I’m very proud of being a yes vote on that,” commented Wade.

Before the duo closed out the meeting they had time for two questions. One was how the mental health bill would help keep children from becoming adults statistic.The answer was that this is the first rendition of the bill and there will likely be changes to it as time goes on but there is a need for closer locations that are equipped to deal with those problems with children.

The second question had to due with rumors that the Yahoola Creek Bride on route 60 will be closed for a year for replacement. They agreed that would not be the best option and stated that the most likely possibility for that road is going down to a single lane while the work is being completed.

To view the entire luncheon visit http://vcloud.blueframetech.com/broadcast/embed/385770?autoplay=0. State Representative Will Wade is up for reelection this year on May 25.