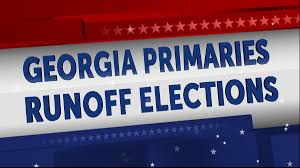 With 100 percent of precincts reporting, Barrett received 2,317 votes to Gilligan’s 1,623. The result marked a substantial turnaround from last month’s General Primary, in which Gilligan outpolled Barrett by about 600 votes in a three-candidate race.

In the runoff for 6th District US Congress, Dr. Rich McCormick easily defeated lawyer Jake Evens by a two to one margin, 27,418 to 13,788.