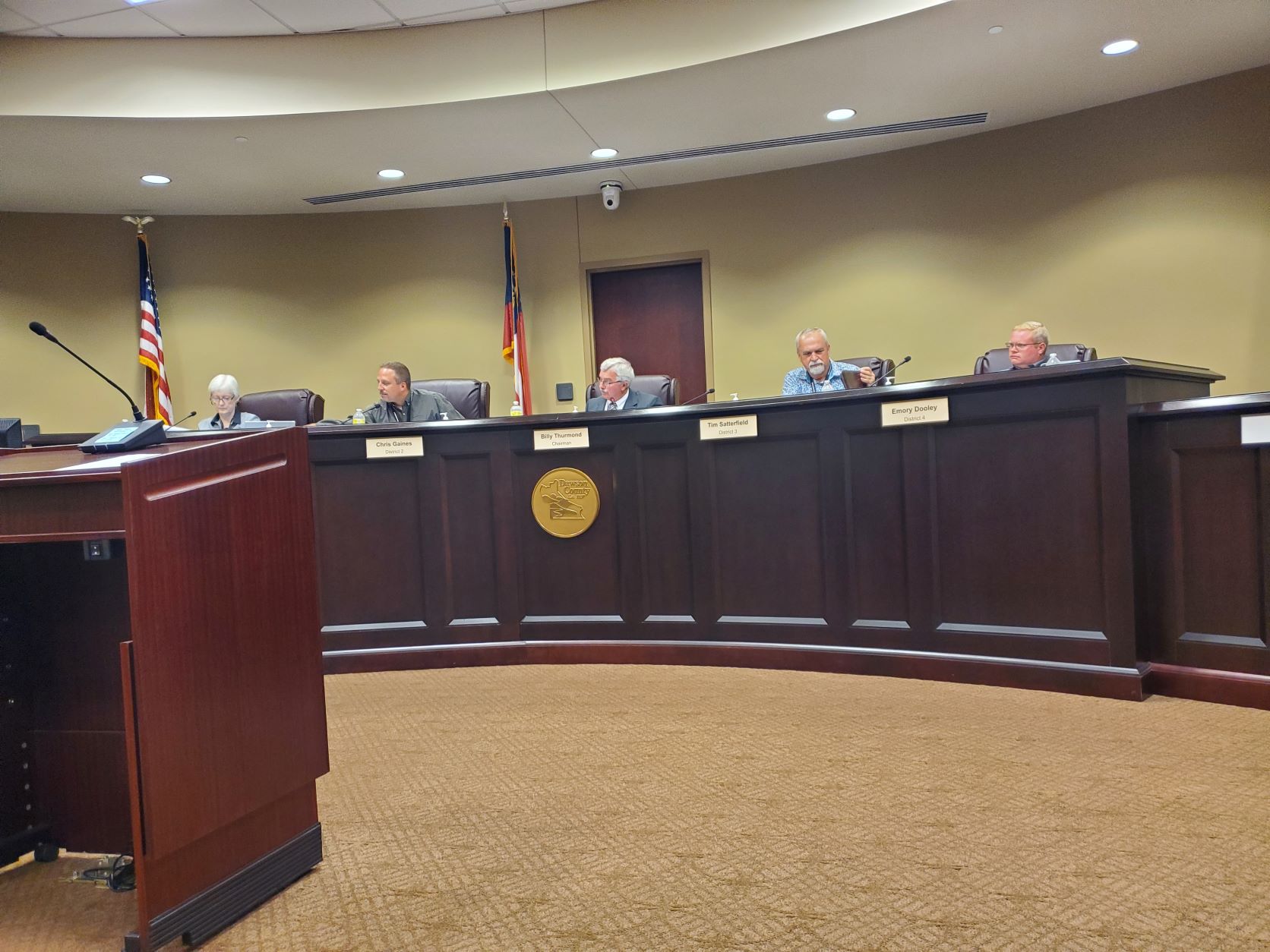 DAWSON COUNTY, Ga.- The Board of Commissioners voted to ratify an emergency purchase made by the Sheriff’s Office for eight new police vehicles.

The commissioners also voted to increase the budget for the assembly room improvement. They discussed the possible reclassification of some positions within the fire and ems department to allow for more applicants to meet job requirements.

Sheriff Jeff Johnson emailed Chairman of the Board Billy Thurmond in July in regards to needing emergency approval of the funds to purchase eight dodge chargers for the sheriff’s department. Thurmond reached out to board members and a vote was quickly taken to approve the funds for the purchase.

The commissioners ratified the $80,000 for the eight vehicles. The money is coming out of SPLOST 6 and 7. The department was able to purchase nine vehicles in all using other funds for the last one. They are coming from Alabama and were ready to be shipped as soon as purchased.

The commissioners also voted to increase the budget to improve the assembly room. The original budget for the project was $76,241. Due to inflation, those costs have gone up on materials so the request was made for an extra $23,501.

The new budget for the project will be $99,742. The company that is in charge of the project is W. H. Platts. They will begin the improvements between the Dec. and Jan. board meetings.

They are upgrading the speakers, volume control, and the system the commissioners use for voting. This will improve how meetings can be heard through the online zoom meetings.

Currently, the fire and ems department has five unfilled positions. They have received applications but due to applicants not having both their fire and ems certification they can not be hired for the Firefighter-EMT A position. 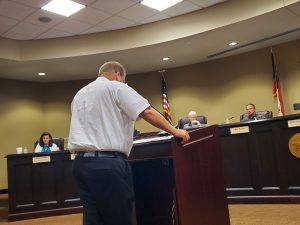 Chief Thompson while presenting to the board.

Chief Danny Thompson proposed to the board that they include a Firefighter-EMT B and an EMT Recruit position. B position is 5% less than A and recruit is under that grade. Under the classification, applicants can be hired no matter what certification they have and given time to receive the needed certifications.

It takes one year to get from B to A classification and for a recruit to get both certifications should take 8 to 12 weeks to complete. Once the recruit is hired the Fire/EMS department will be able to either send them to fire school or give them the training to receive their ems certifications.

This is not an additional position and does not require additional funding to reclassify. The board did not take action on this request at this time, it will be voted on at a later meeting.

Heard above is Chief Thompson explaining the benefits of including the new classifications. To review the job summaries visit https://mccmeetings.blob.core.usgovcloudapi.net/daga-pubu/MEET-Packet-a5e9691bd89f45e09fedb28661e74729.pdf, they begin on page 12.