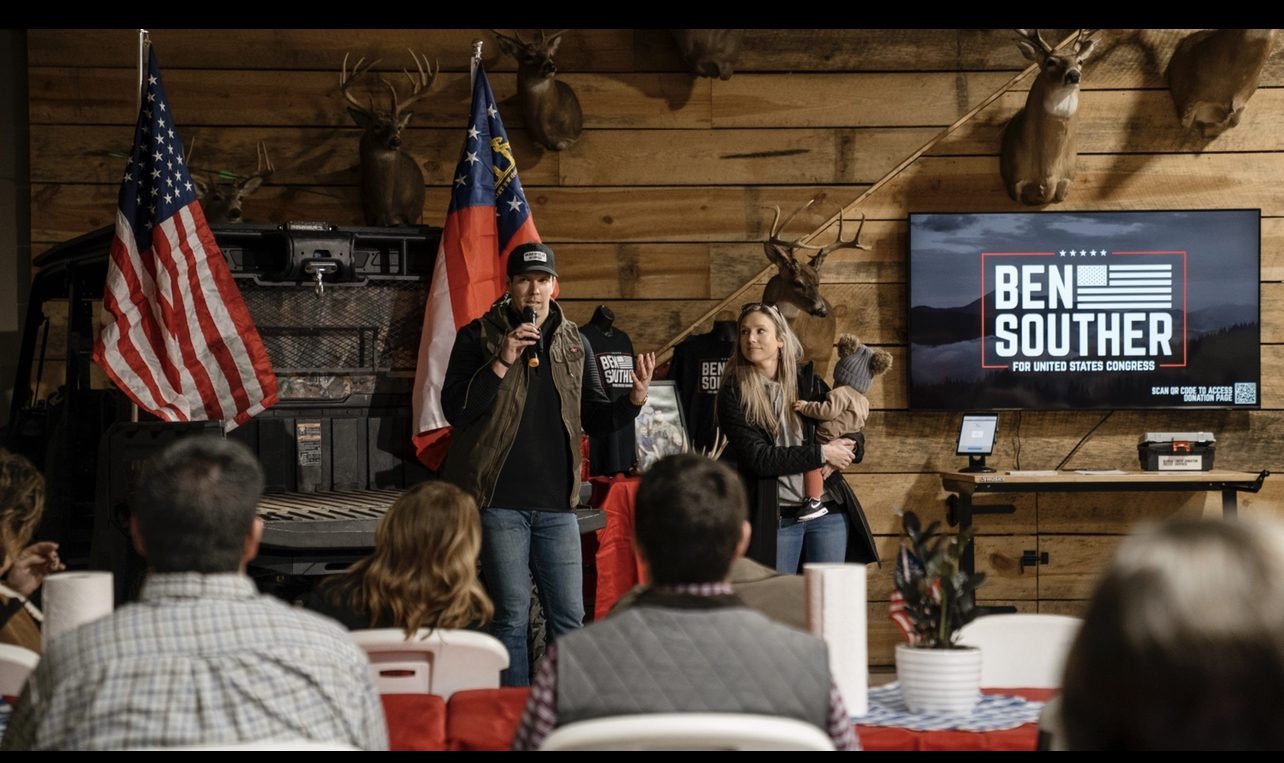 At an announcement rally this week surrounded by friends, family and supporters, Ben said the current political climate in Washington compelled him to run for office.

“I love this community and have a vested interest in seeing it thrive,” Ben said. “We are going to bring common sense back, but we need new leadership to do it.”

Ben graduated from Chestatee High School in Hall County.  He also attended the University of Georgia where he graduated from the Terry College of Business with a degree in Business Administration and a graduate certificate in Nonprofit Management & Leadership. He recently served as a Special Agent in the FBI where he was one of the youngest members to be selected to the SWAT team. Ben and his wife Kristen live in Murrayville where they are raising their three children: Ben Souther II, 4, whom the couple adopted out of foster care, Parks, 3, and Kate, 9 months.

“This is a battle for our conservative American values. This is a fight for our kids and our way of life,” Ben said. “Together, we will leave this country a better place than we found it.”