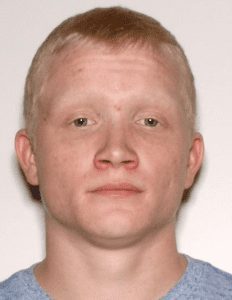 DAWSON COUNTY, Ga. – Austin Todd Stryker, 24, of Dahlonega will spend the rest of his life behind bars for the 2019 murder of 21-year-old Hannah Bender.

Superior Court Judge Kathleen F. Gosselin handed down the sentence Wednesday, saying,“I cannot in good conscience give you the hope of parole in this case.” she added. Gosselin the murder was as “cold and manipulative” as any she had seen.

Stryker was convicted in November of shooting and stabbing the Lumpkin County woman 32 times and burying her body in a shallow grave. He was also convicted on 24 charges related to Bender’s death, including malice murder, aggravated assault, aggravated battery, violating the Street Gang Terrorism and Prevention Act (SGTPA), concealing the death of another, and evidence tampering.