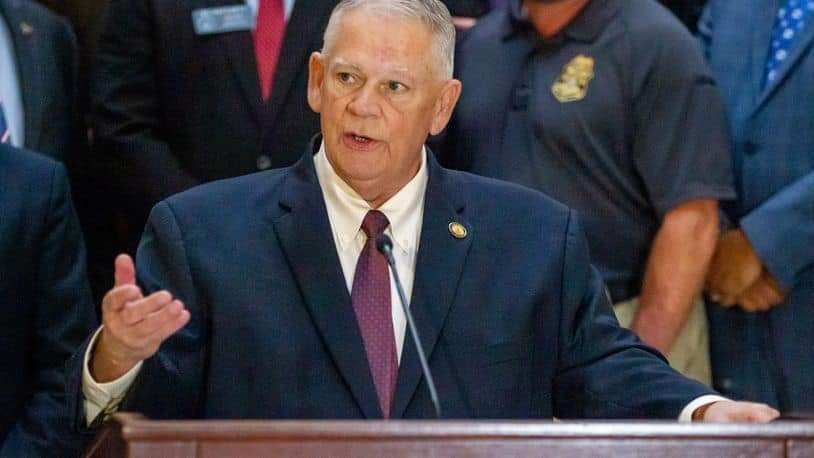 Georgia-  Speaker Ralston’s casket and his family will arrive at 11:00 a.m. tomorrow on Washington Street and enter the Capitol through the west door.  Governor and First Lady Kemp will be there to receive them along with an honor guard from the Georgia State Patrol.

Members of the General Assembly and staff (House, Senate and Joint Offices) will line the plaza on either side (behind the State Patrol personnel) for the arrival ceremony.

The Governor and First Lady will enter followed by the casket, the family and then the members of the General Assembly and staff.

The building will close Tuesday evening at 7:00 p.m.  It will then reopen at 7:00 a.m. on Wednesday for the public receiving line to resume concluding at 10:30 a.m. that morning.  Please note that the South Parking Deck (at Memorial & Capitol Avenue) will be open to the general public for free parking.

At approximately, 11:00 a.m. Wednesday, the Speaker’s casket will then be carried out the west door by the Georgia State Patrol honor guard to a waiting motorcade on Washington Street which will conclude the lying-in-state.