An area of high pressure will build into the region from the north and bring east to northeast winds today and freezing temperatures tonight. Maximum Temperature is 62F. Minimum Relative Humidity will 30%. Winds are expected to be East 6 – 11 mph then becoming 4-9 mph around 11am. Smoke will start settling in low areas around 7pm.

Yesterday: The monitor in Ellijay recorded hourly concentrations classified as very unhealthy, while drifting smoke resulted in a moderate AQI in Chatsworth and Blue Ridge.

Today: The upper level winds (5 to 7 miles per hour) are slowly dispersing the smoke in a southwesterly or westerly direction. Communities in the flow of the smoke may experience very unhealthy air quality.

Smoke impacts should be low in most of the communities listed below with the predicted weather pattern and anticipated fire behavior.

Tomorrow: Winds speeds will increase slightly (upper level winds between 6 to 8 miles per hour) and switch direction from Chatsworth/Eton to Benton and Ocoee and then Blue Ridge. These communities may experience an AQI of code orange or red.

Winds will disperse the smoke away from McCaysville.

Smoke will disperse towards Blue Ridge after the sun sets on Sunday.

Winds will disperse the smoke away from Ellijay.

Today, already recorded hourly concentrations classified as very unhealthy. Smoke from wildfire dispersing towards Chatsworth and Eton today and a portion of tomorrow.

Disclaimer: Weather and fire activity may change quickly and alter these air quality predictions. AQI estimates for the communities do not represent a full 24-hour period but, rather, reflect a period within the day where smoke impacts would be greatest.

Air quality is acceptable; however, for some pollutants there may be a moderate health concern for a very small number of people.

Although general public is not likely to be affected at this AQI range, older adults and children are at greater risk from the presence of particles in the air.

Everyone may begin to experience some adverse health effects, and members of the sensitive groups may experience more serious effects.

Health warnings of emergency conditions. The entire population is more likely to be affected. 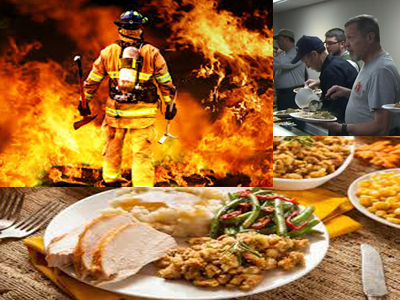 Raging fires have been spreading through dry land in the North Georgia Mountains for weeks.  A few sprinkles of rain fell in the past few days but really didn’t make much of an impact.

The dry conditions and roaring wildfires kept many firefighters from a break to visit their family, even for Thanksgiving day.  A large portion of the firefighters in the Georgia Mountains came from California, where they have had a lot of experience fighting wildfires.

The local community appreciates the firefighters and a local church in Chatsworth decided to show it on Thanksgiving Day!  The First Baptist Church of Chatsworth fed over 400 out of town firefighters who didn’t make it home to be with their families.  Locals from various areas including Blue Ridge brought food to the Church to assist in the program to feed the firefighters.  Much of the food cooked in their homes and a local Ingles Market also took orders from those who wanted to donate a meal but didn’t have time to cook.

A local man told us,  “It’s a small effort to say a big thank you to those firefighters protecting us and our homes.”

Firefighters have been working tirelessly for weeks to battle the wildfires and a home cooked meal of turkey was an extension of the gratitude felt by the folks in the North Georgia Mountains. 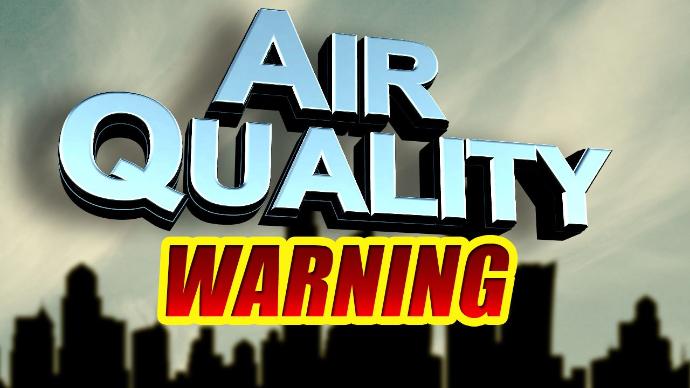 Due to the wildfires occurring to our north, smoky conditions will continue to linger in our area through the week. As of Tuesday, many parts of our area are under a code red for air quality, which means the air will be unhealthy for everyone. This includes those that are sensitive to it, such as elderly persons, children, and people with heart or lung disease.
So what do the various colors mean, and how do I know when its a good time to be outside? We’re On Your Side and we broke down the Air Quality Alert colors below

This information comes from the Georgia Environmental Protection Division’s Air Protection Branch. If we’re under a code green, this means the air is good for everyone. Conversely, code black means everyone should avoid being outside as much as possible.
South Carolina DHEC has a few tips to make sure that you’re staying healthy in these otherwise unhealthy air conditions, which include:
Most people, including individuals with respiratory health issues, should limit time spent outdoors to avoid the smoke.
Take measures to prevent outdoor smoke from getting inside.
Keep doors and windows closed.
If you are operating an air conditioner, keep the fresh-air intake closed and the filter clean to prevent outdoor smoke from getting inside.
In your car, make sure you have your air re-circulator running to avoid smoke getting into your air flow. 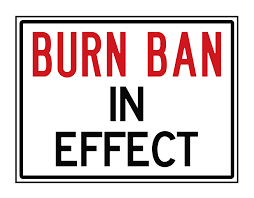 BURN BAN: Drought, Fires Prompting Burn Bans in Southeast. What you need to know about the burn ban effecting several states.
As drought dries up forests across the South with no sign of rainfall to help quench dozens of major wildfires, the Tennessee Valley Authority is banning burning on its public lands in seven states. The rules apply across Tennessee and in parts of Alabama, Georgia, Kentucky, Mississippi, North Carolina and Virginia.

That means no campfires, not even cigarette smoking, and cars can’t park off-road where a hot tailpipe could light up dry grass or leaves.

⦁ There is a burn ban in South Carolina for portions of the Midlands and the Upstate.

⦁ As drought-stressed forests burn across much of the South – including a blaze scorching a Manhattan-sized area of north Georgia – some traditional outdoor activities are now also banned.

⦁ The Tennessee Valley Authority issued a burn ban Tuesday on its public lands across Tennessee and in parts of Alabama, Georgia, Kentucky, Mississippi, North Carolina and Virginia. The authority said its ban applies to anything that might produce an open flame.

⦁ Gov. Bill Haslam, meanwhile, banned outdoor burning outright in more than half of Tennessee’s counties through December 15. Details can be found at the Burn Safe Website.

⦁ Georgia Gov. Nathan Deal has banned the ignition of all fireworks in much of the state due to the wildfire risk. Fire officials said the largest active wildfire in the South has now burned more than 19,000 acres in the north Georgia mountains – an area larger than New York’s Manhattan.

The U.S. Forestry Service says the Georgia blaze has now burned through more than half of the Cohutta Wilderness area and has crossed over the Conasauga River.

U.S. Forest Service spokesman Adam Rondeau has said the agency is tracking wildfires that have burned a total of 80,000 acres across the South.

The National Park Service has closed another section of the Appalachian Trail, which is now closed for several miles through parts of Georgia and North Carolina

Also, two men were arrested Monday on charges related to setting separate fires along roadsides in Tennessee. Of the 1,238 wildfires in the state so far this year, officials suspect arson in almost half of them. The state’s arson reward fund has grown to offer up to $2,500 for a tip that lead to an arson arrest and conviction. Tennessee’s Farm Bureau Federation and Forestry Association have donated to the fund. The arson hotline is 1-800-762-3017