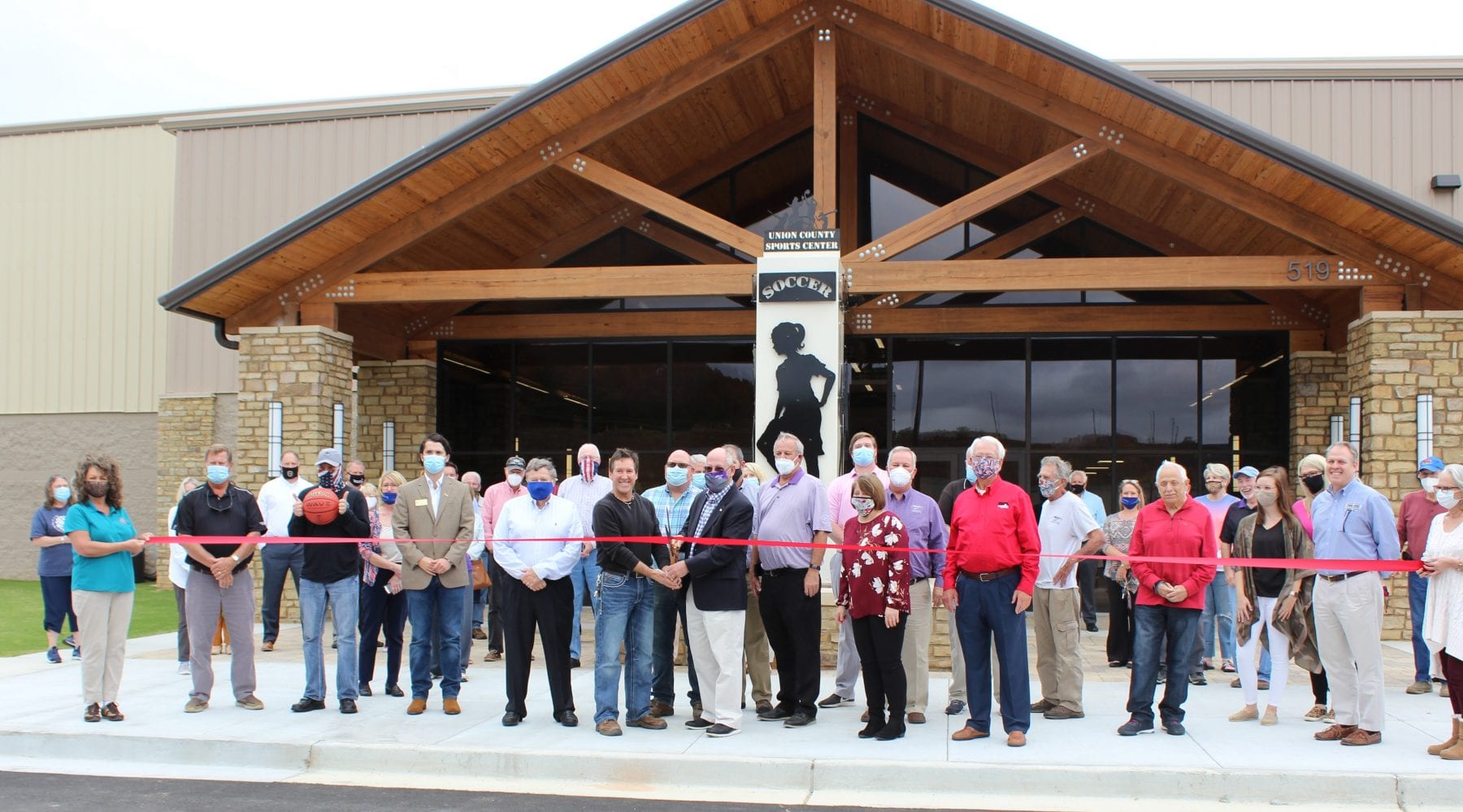 BLAIRSVILLE, Ga – Union County officials and citizens came together to commemorate the opening of the new sports center on November 10, 2020.

During the winter months, adults can continue their daily walks by following the path on the two gyms’ outer edges. Twelve laps equal one mile. Aerobics, Zumba, and other classes will be held in the sports center after basketball season.

There’s also a large meeting room available for rent. Anyone interested should contact the recreation department for more details. 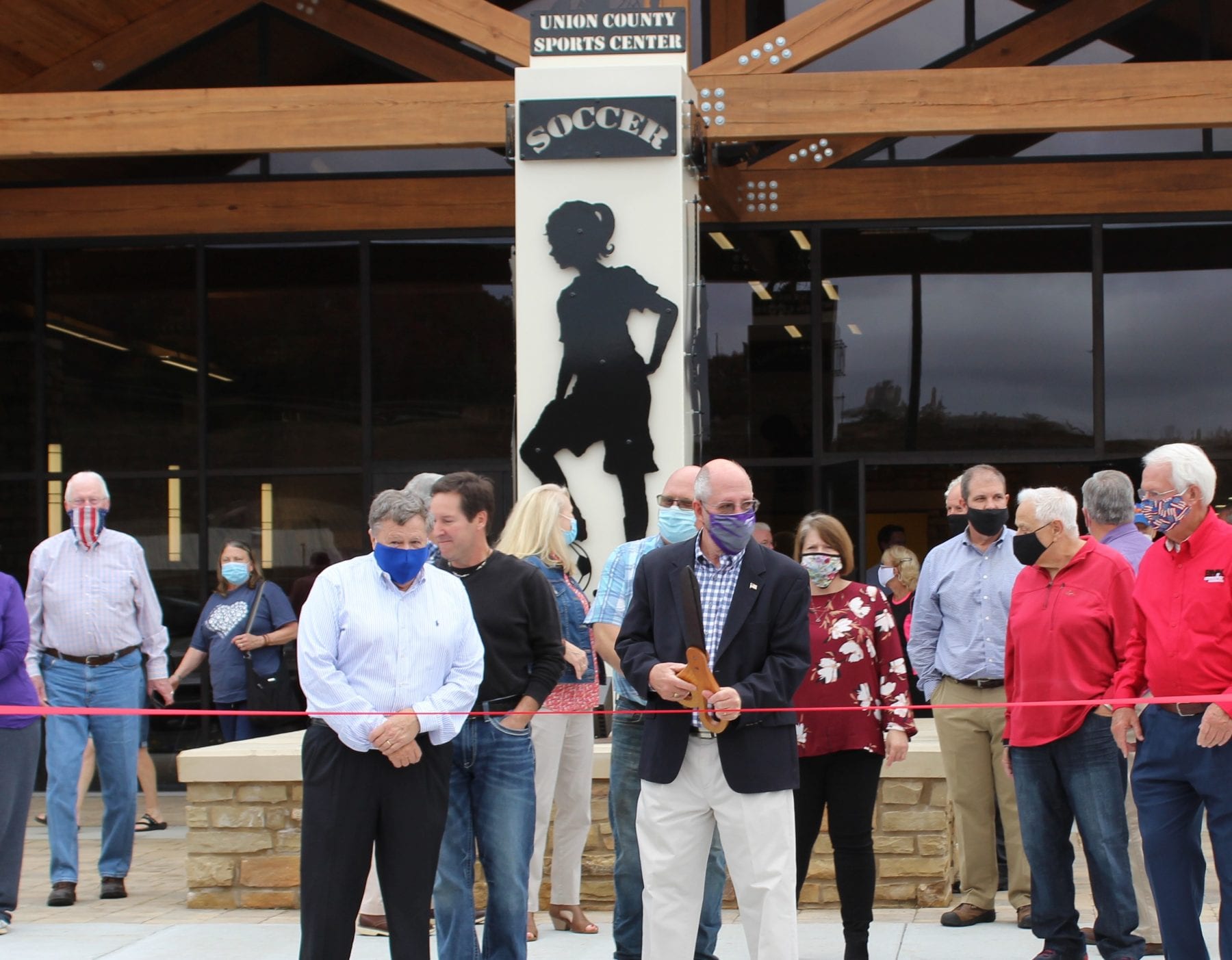 Lamar Paris and others in front of the sculpture.

“This is basically a thank you to my hometown,” Garnto said. “I was thankful for the support that I’ve had from this community my whole life.” Previously, the artist created the Appalachian Sculpture Project in Meeks Park. It’s the largest kinetic sculpture in Northeast Georgia.

Ma Deuce Metalwork Inc helped to build the piece. Panel Built painted the sculpture, and the road department assisted in installing it. Shawn and Chase Barnett provided last-minute assistance in pouring concrete to erect the artwork.

The parking lot follows the purple and gold motif, with half the spaces marked purple and the other gold. The upstairs contains the recreation department offices.

“Several years ago when Lamar purchased this property. I know some people had questions. As we stand here today, I think those questions have been answered,” opened Chamber of Commerce President Steve Rowe. “We are blessed to have a commissioner that has the foresight that Lamar has. He understands that to have a thriving community, you must have good roads, good schools, good healthcare, and good recreation.”

Rowe and Georgia District Eight Representative-elect Stan Gunter spoke about their children that grew up in the Union County Recreation Department. Both agreed that the new facility would provide ample opportunities for generations to come. 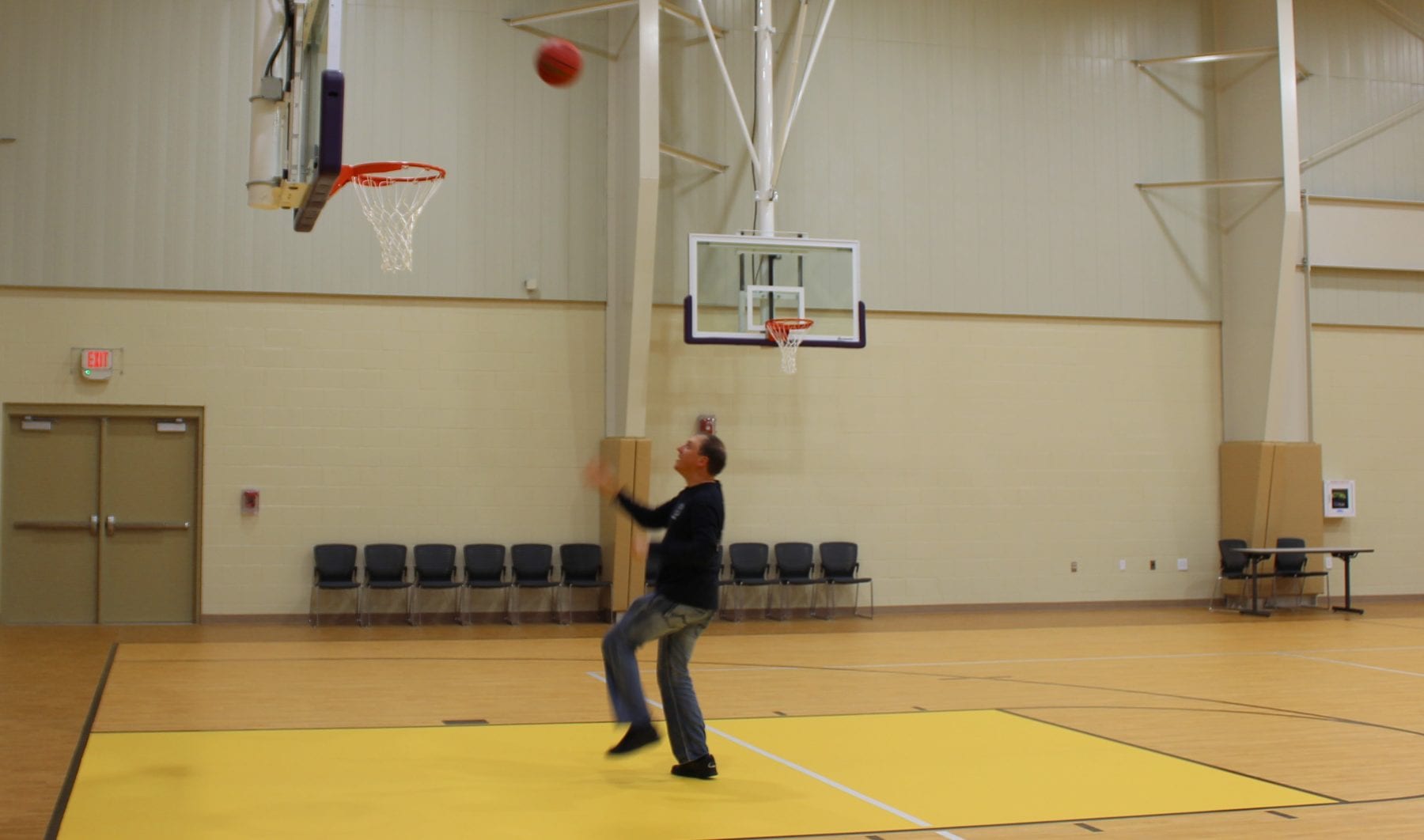 Brad McAfee made one of the first baskets in the new gym.

In 2015, the county began looking for a future recreation gym site. Initially, they considered restoring the old red roof gym, but it soon became apparent that wasn’t the best possibility. In 2018, the new sports center site was selected, next to the health department. In the spring of 2019, 10 different contractors bid for the chance to build the gym. The county awarded BMK Construction the proposal, which was also the lowest bid.

Wright Mitchell Architect Tom Wright said, “This has been a fun project…we hope we have created a facility that the county can use for many years and accommodate the sports to be in here.” 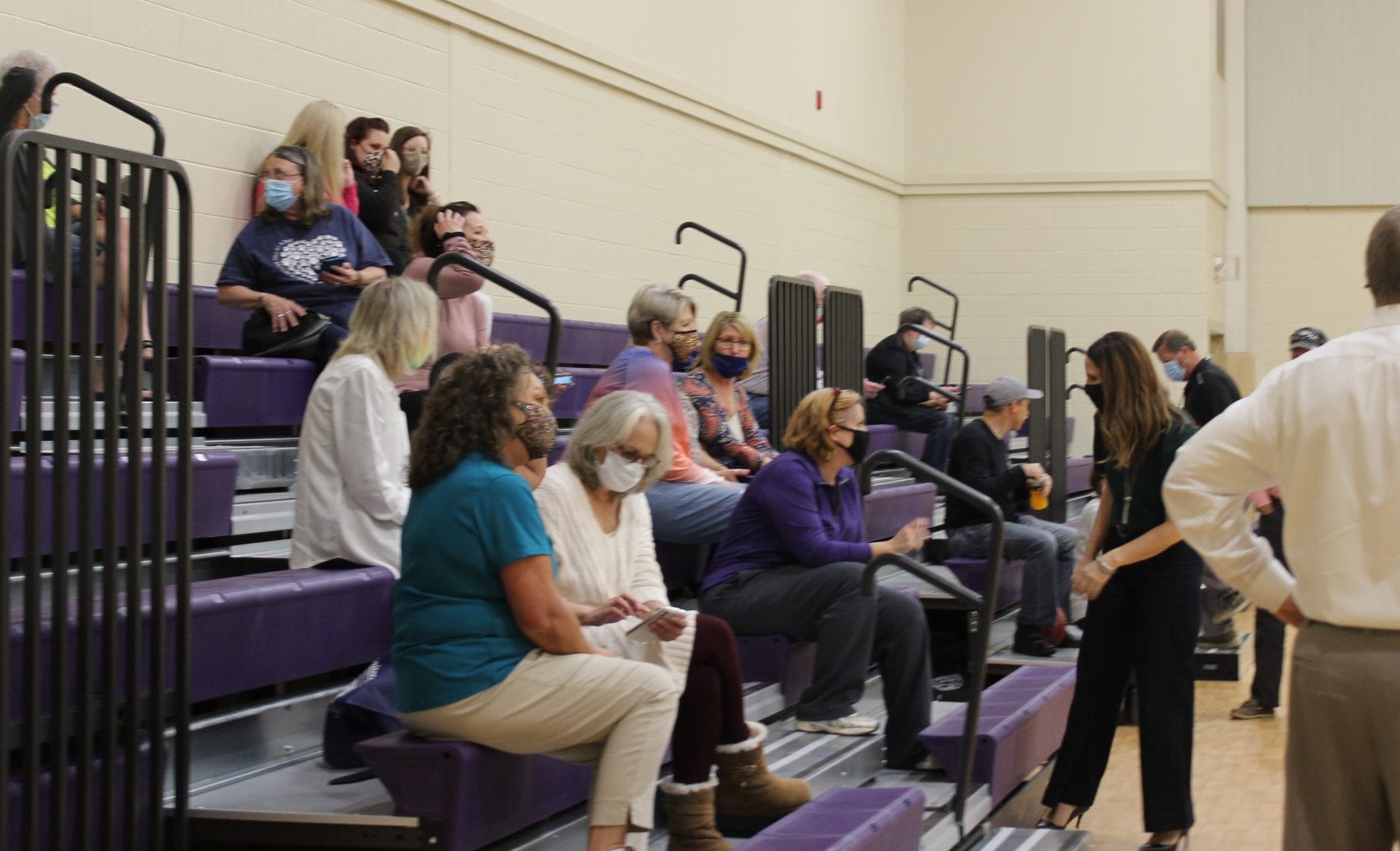 Each gym has one set of bleachers.

“You plan for it, and you figure out what you’re going to do or what you think you’re going to do. When it happens, it’s so much better than you could have ever imagined, and that’s what we have here today,” Sole Commissioner Lamar Paris stated.

They hauled in 2,000 dump truck loads of dirt to level out the site. The county also had to put in water and sewer, parking lot lights, concrete, curb and gutter, and asphalt before construction began. The majority of construction was scheduled to be finished by March, but COVID-19 resulted in a delay.

Bill Elliott sold the property to the county several years ago, and the road is named Chase Drive after the retired racecar driver’s son. Chase now a racecar driver himself and just won the Nascar Championship.