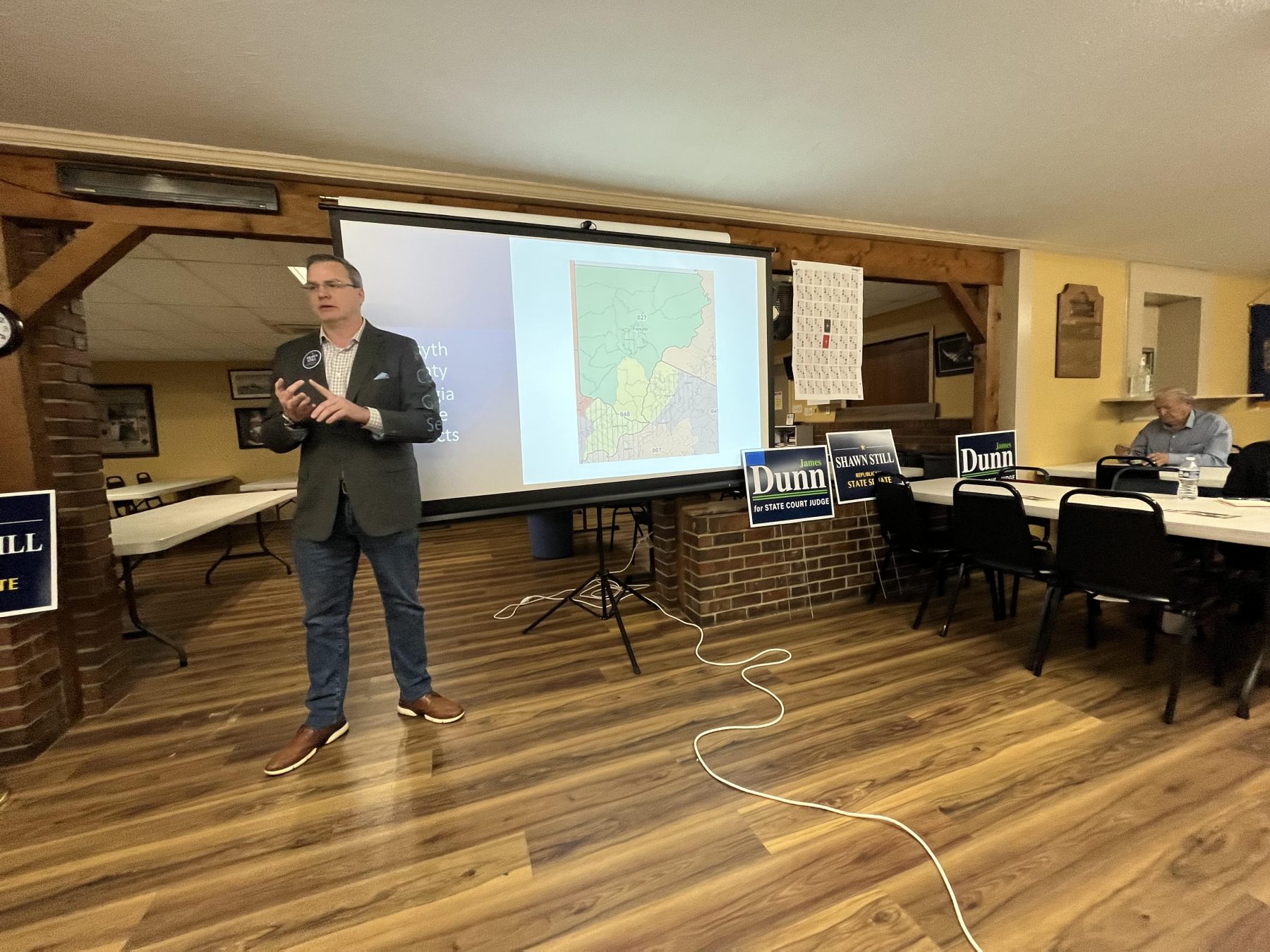 “There is one word to identify who I am as a person: Insurrectionist Still said Monday while speaking to a Forsyth County Tea Party audience. “I’ve been called that by CNN, the New York Times, wall Street Journal, every local media source and people who are the worst kind of RINO. But I’ve also been called that by people at my church and every Democrat there is.”

Still said he earned that label by following the Constitution and an administrative process. “I was one of the presidential electors who went to the Capitol five weeks after the election to deal with the process that was taking place. Fifteen Republican electors cast their ballots saying Donald Trump had won and 15 Democrats cast theirs saying Biden won. The reason is because we had a contested election. If we had not met on that day in the open at the Capitol in full view of the media and if we had not filled out the ballots the way we did, and the election had been overturned then we could not have certified it with Trump being the winner.”

Still said his name appeared on front page of the New York Times announcing that he had been subpoenaed by Congress. “That is the level of corruption. It went from the White House to the New York Times. Five days later, they decided to send it to me.”

Still owns one of the largest businesses in the southeastern United States and has worked behind the scenes in the state capitol for a decade.

He served as Finance Chairman for the Georgia Republican Party.

“I got us out of insolvency, restructured our debt, and got us into a position where we could do things for the entire state for the first time in 10 years,” he said.

He said if he is elected, he will fight like hell for the district, for Forsyth, Gwinnett and Fulton and that he will vote against any bill involving critical race theory, diversity, equity and inclusion and any other divisive ideologies.

We need more fighters in the state legislators, people who aren’t afraid to tick people off, people who will stand up to the Governor and Speaker.