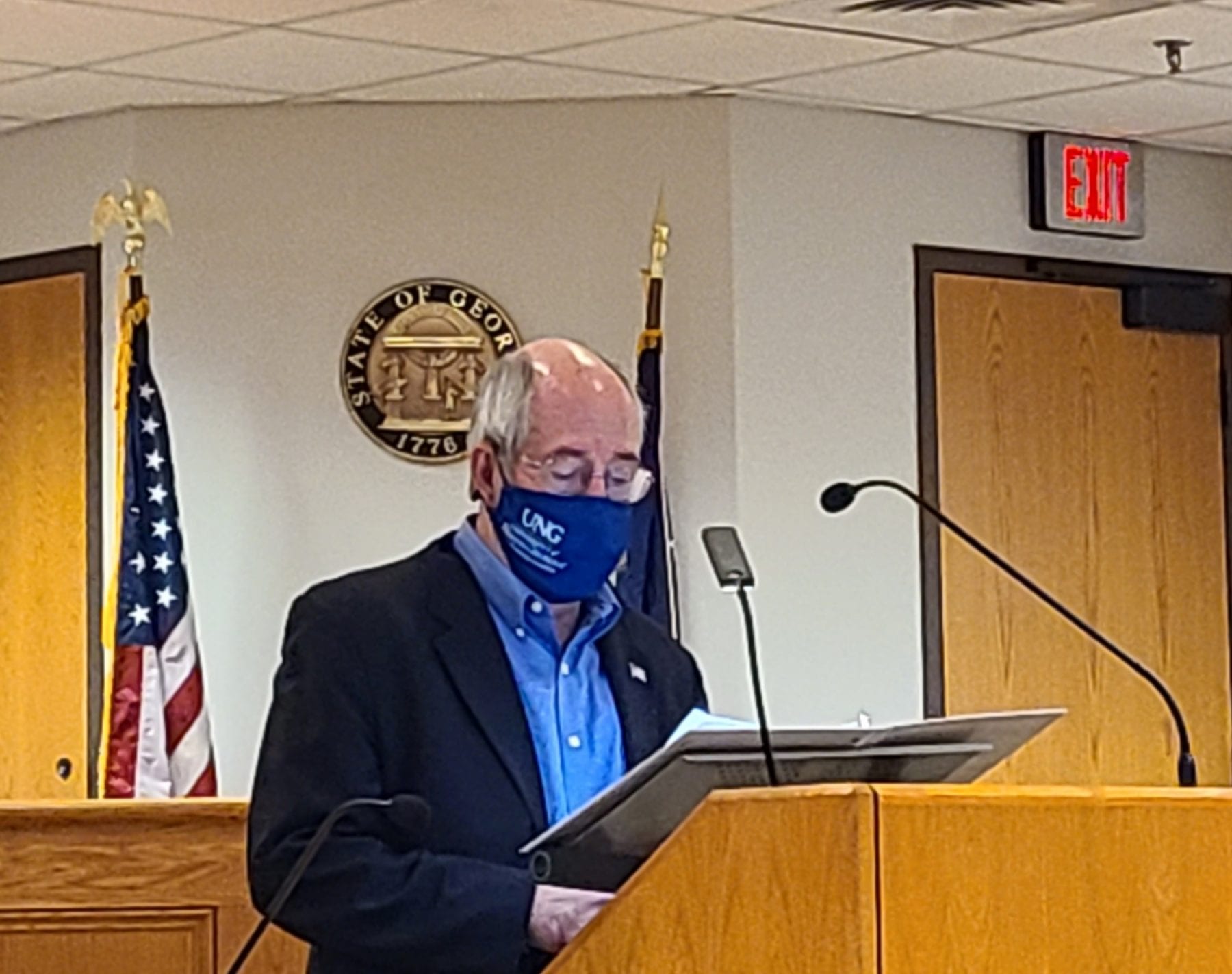 The resolution cited that it’s a Constitutional right for people to “keep and bear arms” as well as the Georgia Constitution which prohibits the state from infringing on that right.

Paris and Sheriff Mack Mason expressed their support for the Second Amendment and for the rights of citizens. They asked the governor and General Assembly to “take no action which would violate the freedoms guaranteed in both Constitutions.”

The measure doesn’t address the federal government. It also doesn’t explicitly use the term “sanctuary,” which is a term included in several pro-Second Amendment resolutions or laws.

“I think every resolution you see is a little different, but they all amount to the same thing. They all have the same opportunity, same weight to work,” Paris stated.

Those in the crowd asked if Paris could look into amending the resolution to include “sanctuary county” because they believed it carried more weight with the federal government. He confirmed that someone will look into the matter and review the document.

“We’re trying to make it, so we’re protected, but if the federal government for some reason were to do something that’s through the federal government, but the fact that we’ve got a resolution still gives our sheriff the right to…meet them at the county line and say ‘you guys leave you aren’t coming in here, Paris explained.

The commissioner viewed mass gun confiscation unlikely from the federal or state government, but this measure grants the sheriff’s ability to question new stricter laws.

41 other counties in Georgia have adopted sanctuary city measures. Fannin, Dawson, Banks, Gilmer, White, Habersham, Pickens, and Rabun are some of those counties. 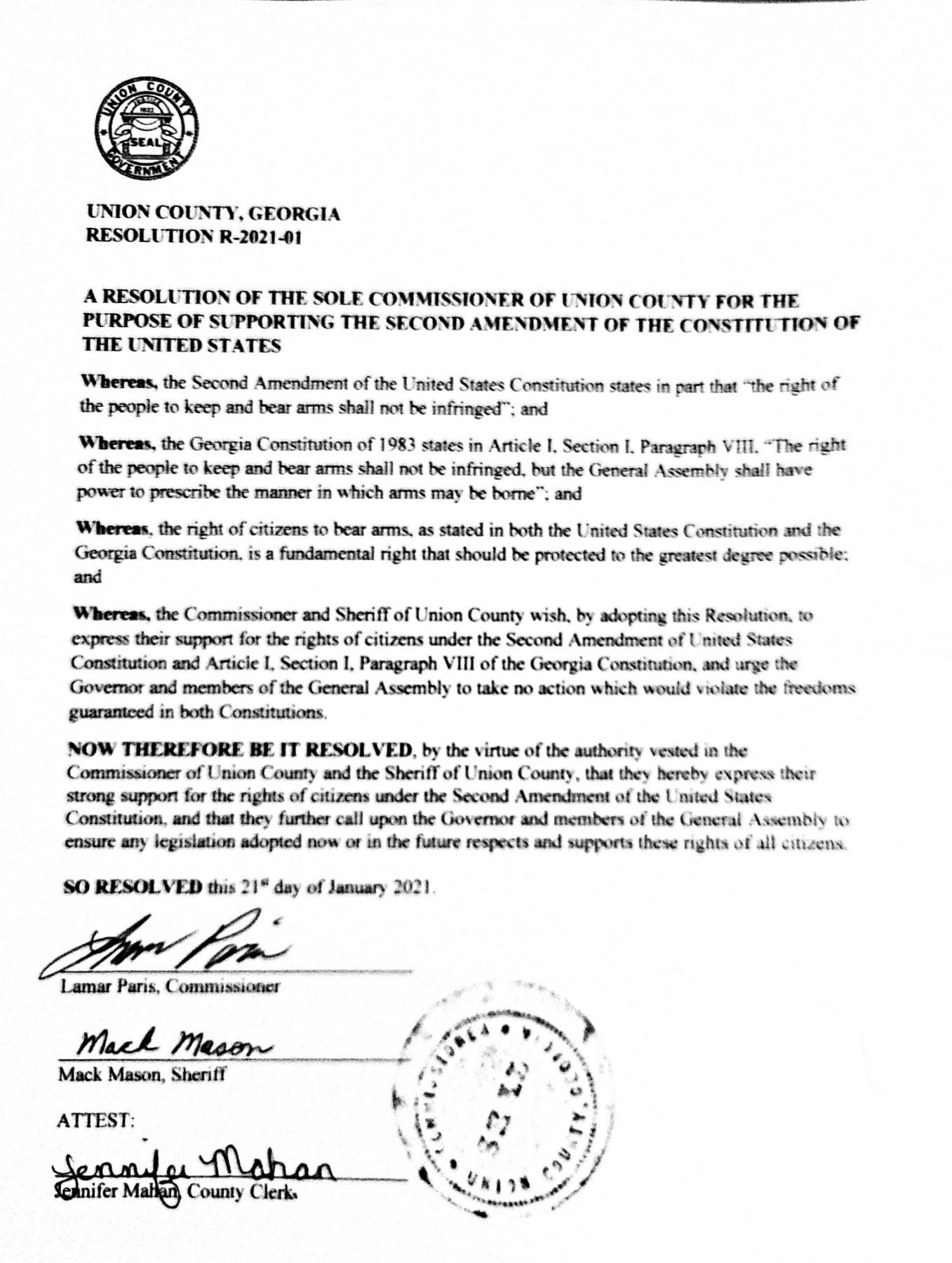 Copy of the resolution

As for the new gun range, the DNR is crossing every T to try and appease everyone before proceeding. Also, the DNR will undergo office changes and possibly new regulations now that the Biden Administration has taken office.

In January 2021, the county entered into several agreements, contracts, and resolutions. For the jail, they renewed the contract agreement for food services at no additional costs and agreed to a contract with Roof Management, Inc to replace the jail and sheriff’s office roof for $215,500.00.

For the senior center, Union County provided $95,000 as the local share with Legacy Link overseeing the other costs.

The statewide mutual aid and assistance agreement between Georgia Emergency Management and Homeland Security Agency (GEMA/HS) and Union County was renewed. This agreement provided the framework to support mutual assistance in managing an emergency or disaster.

A contract with Winkler and Winkler was agreed upon for the expansion of the View Grill at the Union County Community Center for the amount of $330,370.00. Once completed, some of the outdoor seating at the View will be enclosed.

The second resolution passed dealt with the Alcohol License Fee Schedule. The cost of the full background check for applicants increased to $72.50. The alcohol beverage permits for employees will be $37.00 and renewal will cost $16.00.