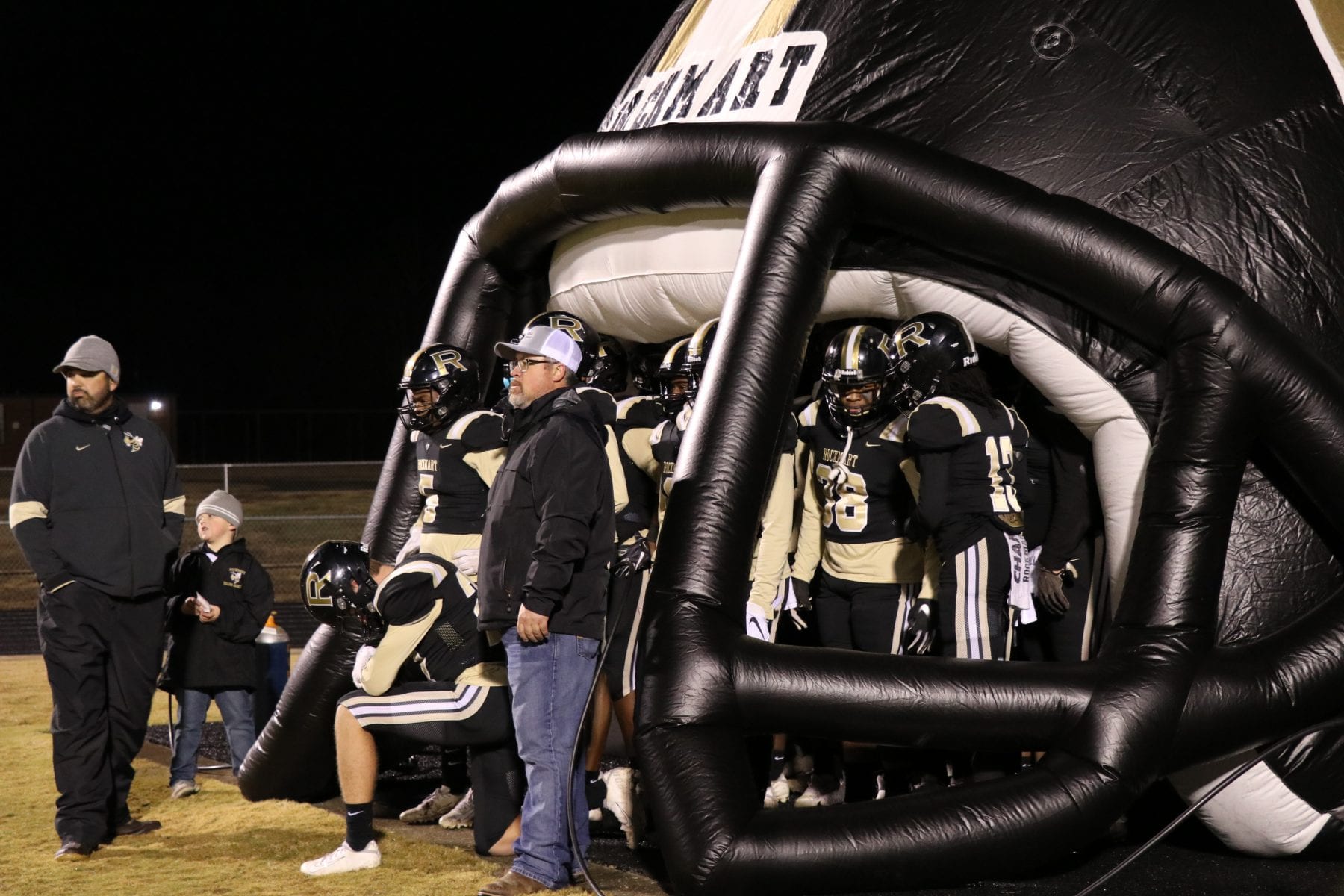 Rockmart, Georgia- The Rockmart Yellow Jackets (10-1) hosted the #1 ranked Cedar Grove Saints (3-4) in the second round of the GHSA AAA State Playoffs.

The Saints’ record doesn’t show what they have done all year, as they were forced to forfeit all of their first 4 games due to playing an ineligible player. The Yellow Jackets have dominated all year but come into this game as the underdog. 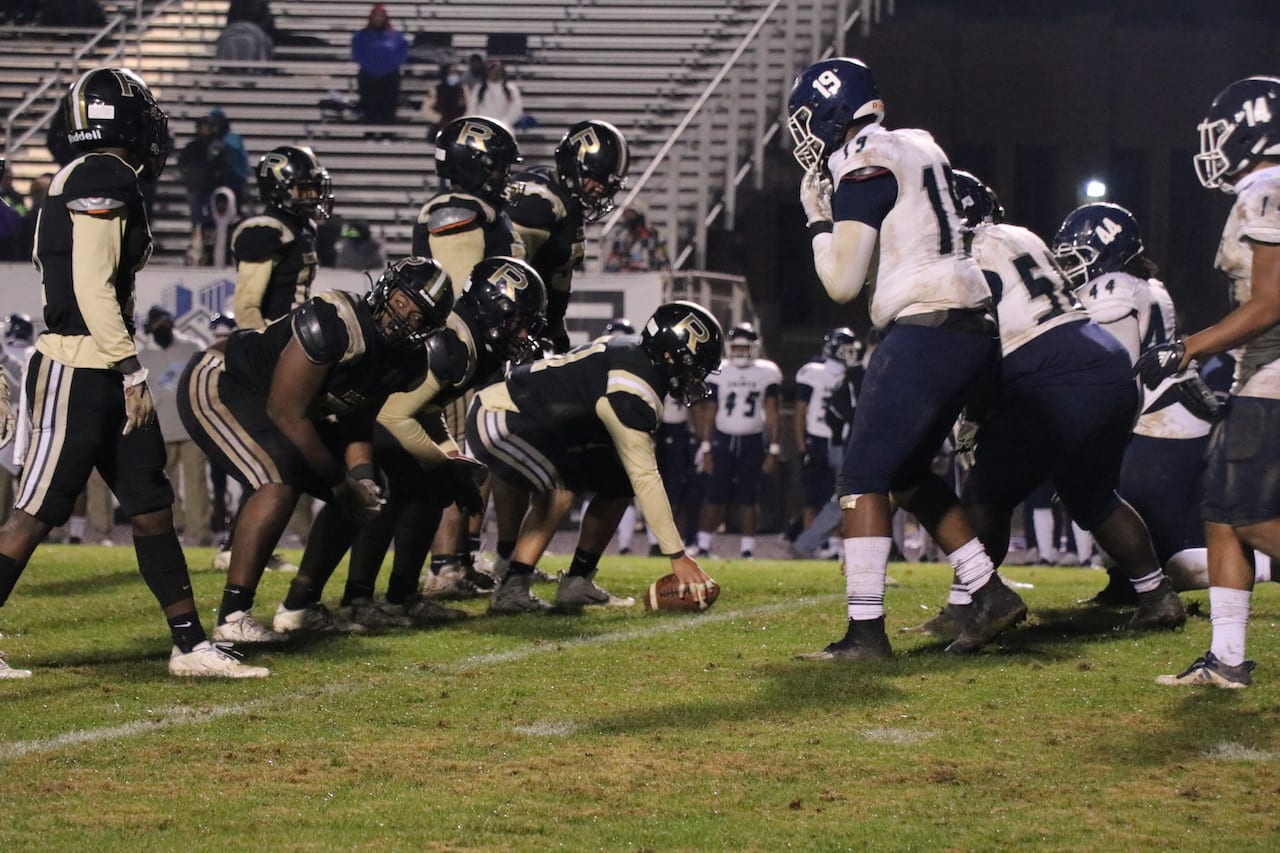 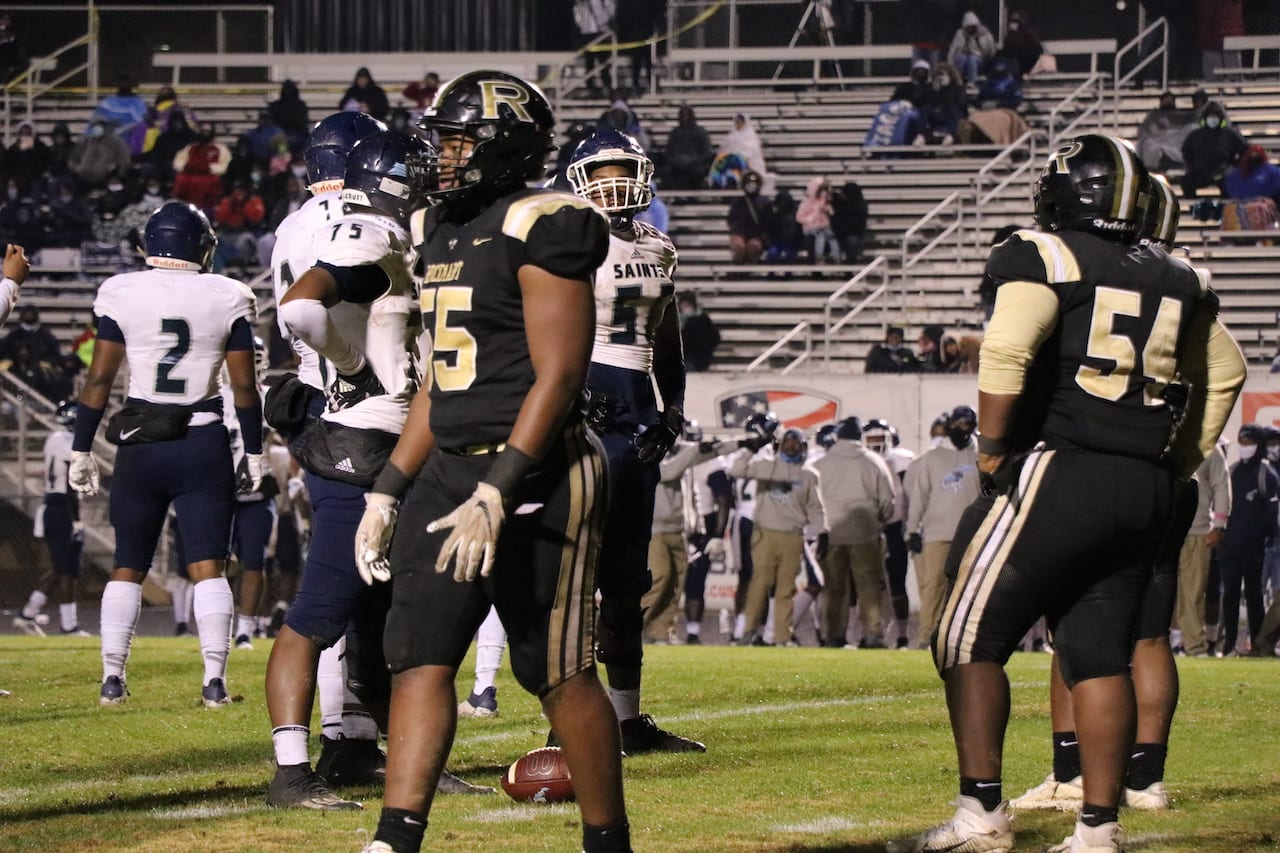 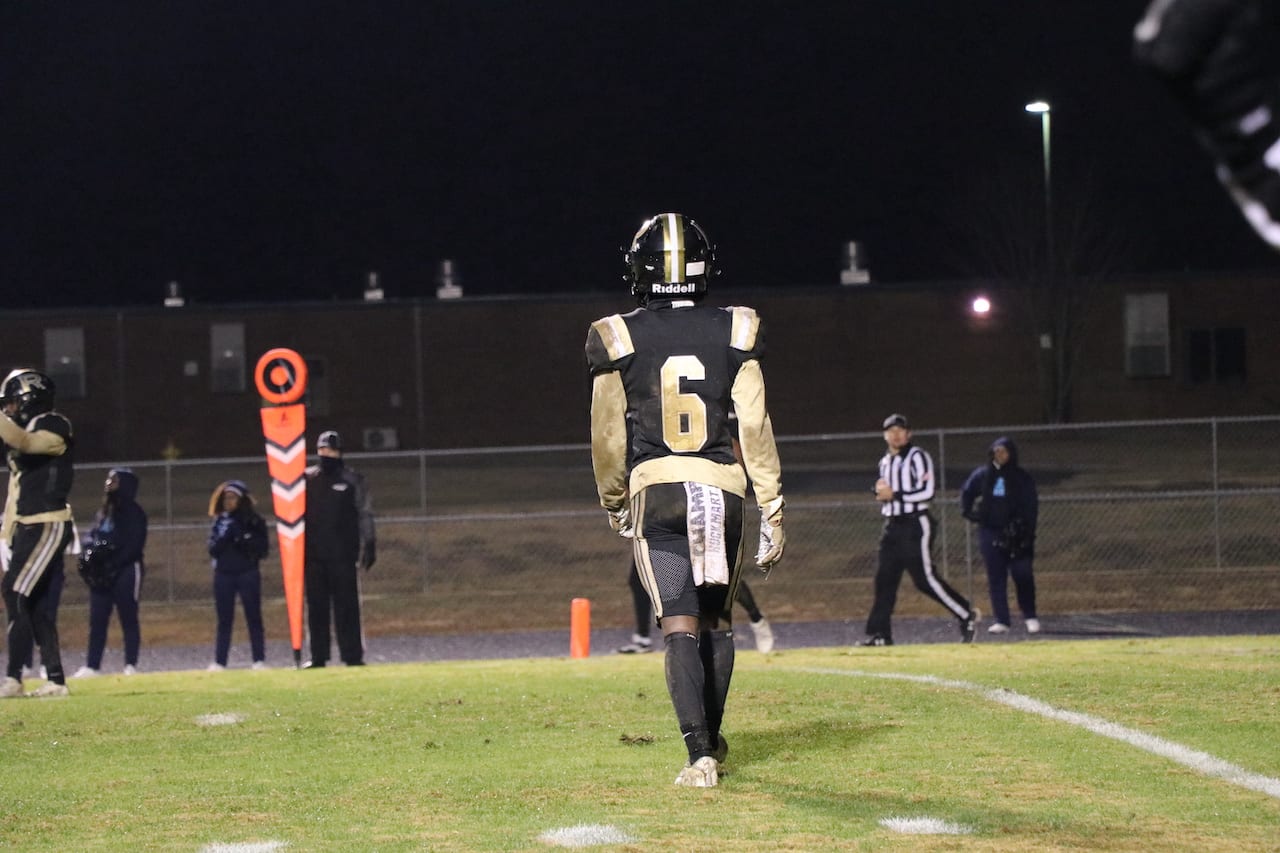 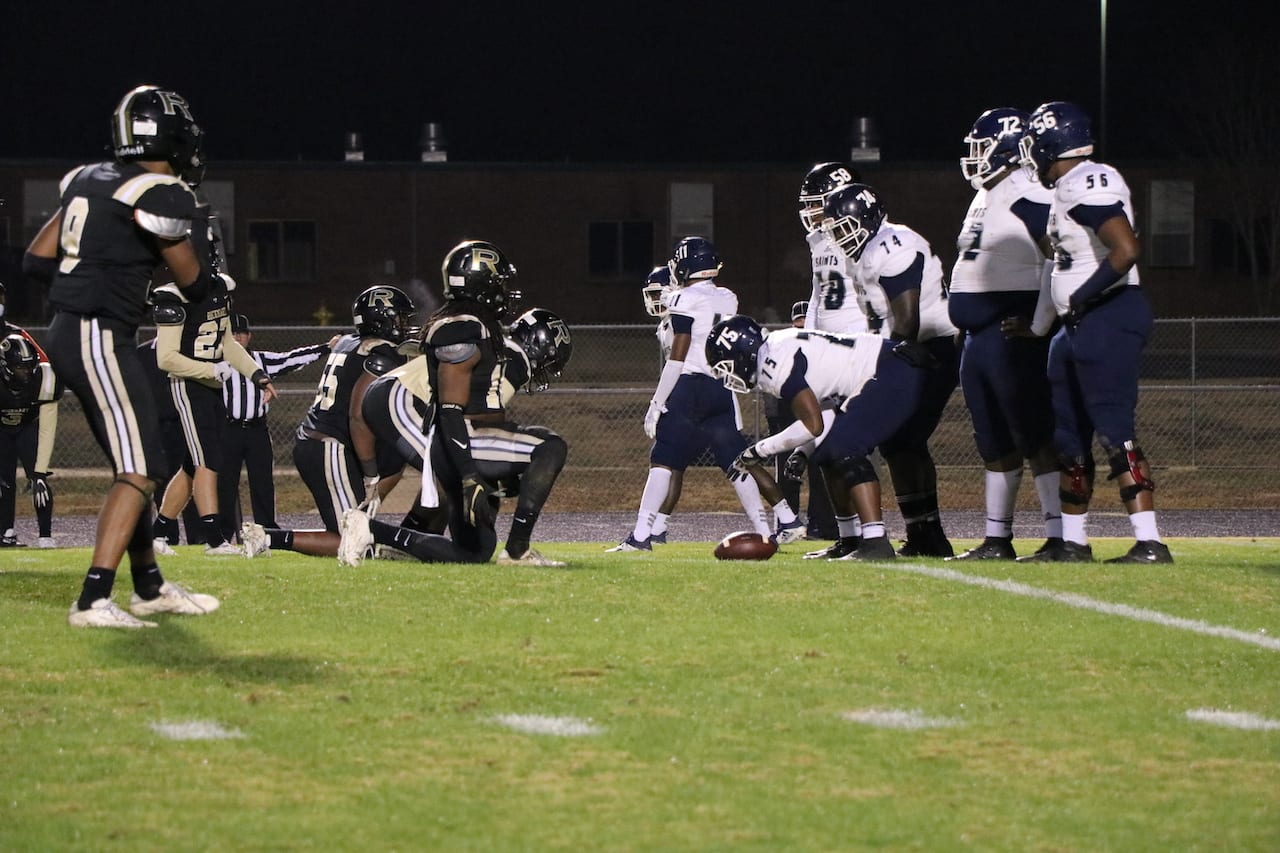 The Yellow Jackets started off with the ball and Whatley was sacked on the very first play. On third down, Whatley ran for a 20 yard touchdown to put the Yellow Jackets up 24-17. The Saints get an offensive possession to try to and force a 2nd overtime. Dubunion got things started quickly for the Saints as he picked up a first down on the first play. He would score on a 2 yard rush and force a 2nd overtime with the score tied at 24. 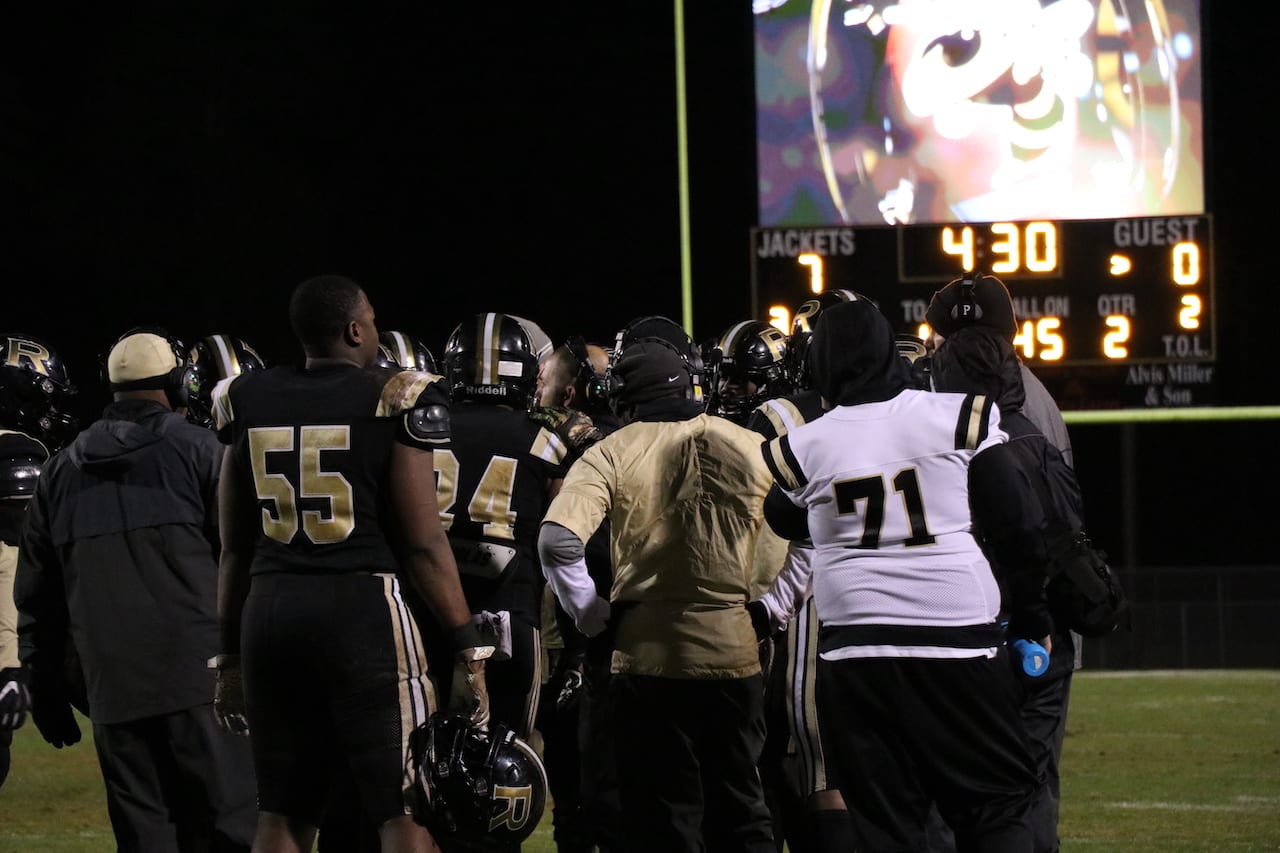 The Saints started with the ball and Dubunion, again, got things going very quickly for the Saints offense. The Yellow Jacket defense held the Saints to a 4th down conversion but the Saints would pick up the first down. The Saints would be forced back to the 15 yard line after a holding penalty. Smith would throw to the end zone looking for Bonner but Haynes would make a huge play and swat the ball away. The Yellow Jacket defense would hold the Saints to a field goal and it would be no good. All the Yellow Jackets needed to win was a field goal or a touchdown. On first and second down, the Yellow Jackets wouldn’t pick up any yards and on third down, they would pick up the first down and have the ball on the 4 yard line. The Yellow Jackets would take the ball all the way down to the 2 yard line but be backed up to the 7 after a false start. Whatley would lose yards on 3rd down and Rockmart would put the game in the hands of Freshman kicker, Jose Alegria. Alegria would miss the game winning kick wide left by inches. 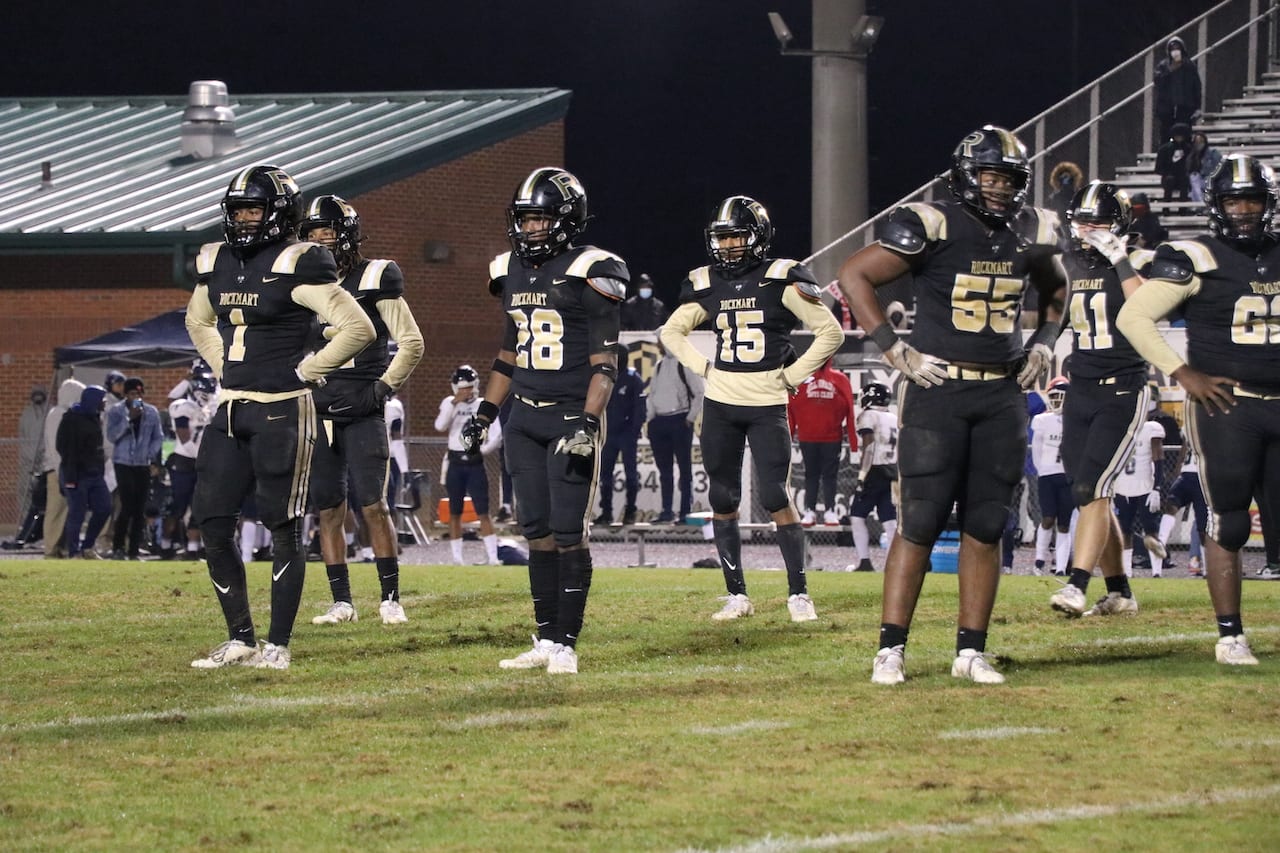 On the first play, Whatley found Clark in the end zone, but was a little under thrown and was incomplete. On second down, Whatley was sacked and on third down, threw an incomplete pass. Rockmart showed trust in their freshman kicker as they let him attempt a 35 yard field goal. The field goal was good by Alegria and put the Yellow Jackets ahead, 27-24. Dubunion picked up a first down on third down. The Saints drove down inside the Yellow Jacket 5 yard line. The Saints brought in some extra lineman and had Dubunion in the wildcat. Dubunion would score as the Saints would beat the Yellow Jackets in heartbreaking fashion, 30-27.

Rockmart has absolutely nothing to hang their heads about. They battled the #1 ranked AAA team all the way until the end. It was one of those games that you don’t want to end and you absolutely hate for either team to lose. Rockmart’s season comes to an end as the Cedar Grove Saints move on to the Elite Eight.