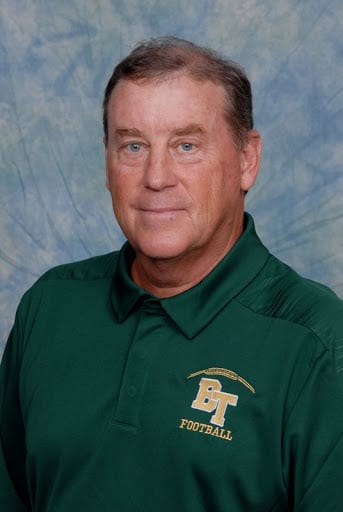 As the news broke that Blessed Trinity Head football Coach Tim McFarlin resigned this week, Team FYN Sports started digging into the possibility that the Head Ball Coach could end up in North Georgia.

Sources tell FYN Sports that McFarlin is very interested in the North Georgia area and as we all know, Gilmer and Pickens are the two big job openings in the area and both teams are in the interview process.

We started checking our sources from both Gilmer and Pickens, and found out that the chances of McFarlin landing in Gilmer are slim. The Bobcats are yet to hire a Head Coach, but when FYN sports asked we were told the decision would come very soon.

Pickens County has not made a decision on who their next Head Coach will be. The interview process is still open and they still are doing interviews. There have been several applicants and no hiring decision has been made.

However, several sources in Pickens County lead us to believe that McFarlin being the next Dragons Head Coach is a strong possibility. There has been no coach hired at this time, but we are told that a hire will be completed by the end of next week. Although we cannot confirm that McFarland is heading to Pickens, it looks like the tide is turning that way. As far as FYN Sports is concerned, we strongly believe that McFarlin could end up in green.

Pickens is an interesting spot for many head coaches because of the bright future that the program has ahead of them. They have an older youth football team that has yet to lose a game in rec league, and the Varsity team itself is filled with underclassmen.

Tim McFarlin has spent 20 total seasons as a Head football Coach in Georgia. The first half of his career was spent as Head Coach for the Roswell Hornets, where he led the team to a 13-1-1 record and won the State Championship in 2007.

He took over for Blessed Trinity Catholic High School in 2011, and for the past 10 years, he has been the Titans Head Coach.

In 2017, he led the Titans to the programs first ever State Title, starting the teams run of three state championships in a row from 2017-2019.

Through the three year, back to back to back state title run, the team only lost two football games, while managing to go a perfect 15-0 in 2018.

Last year, he led his team to the State Quarterfinals.