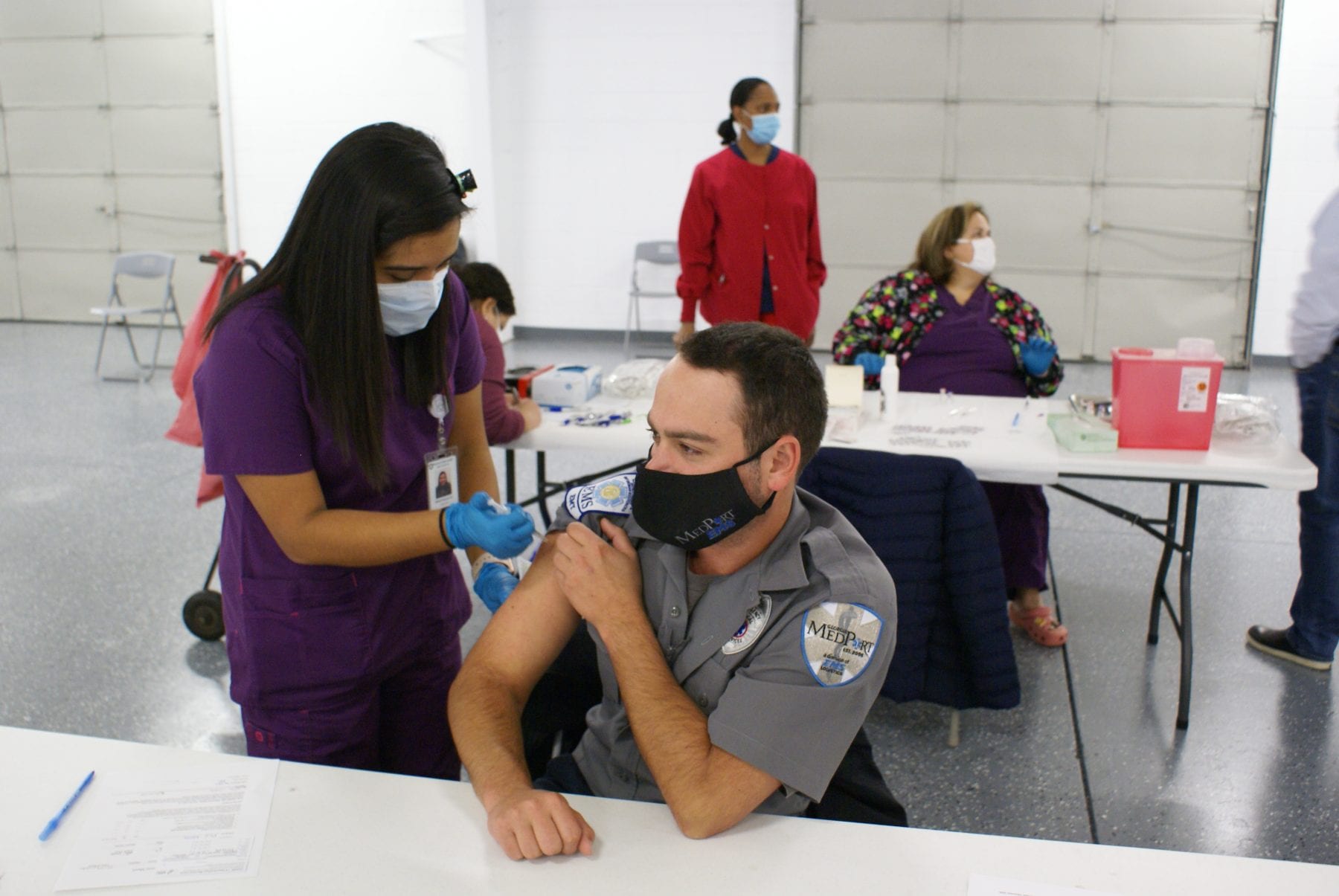 DPH Public Information Officer Dave Palmer said 35 firefighters, EMTs and other first responders were signed up to be among the first to receive the vaccine.

Nicholas Gallo who works with Georgia MedPort Ambulance Service said he was a little concerned about being among the first to get the vaccine. “New things are scary,” he said. “But I would rather not get sick.”

Palmer said, “Healthcare workers will be the next to receive the vaccine. We will administer those at the District Office at 1290 Athens Street.”

Most said the shots did not hurt and expressed confidence they would have a beneficial impact on the community. The vaccine comes in two doses. Those who received the vaccine today will have a second dose in about three weeks.

(Photo courtesy of Dave Palmer, Department of Public Health) Nicholas Gallo, and EMT with Georgia MedPort Ambulance Service was among the first to receive the vaccine on Monday.