The GHSA (Georgia High School Association) has announced a few changes for the 2020 state playoffs in different sports.

Monday, Executive Director Robin Hines stated that the coronavirus would impact a number of sports when they enter postseason play when it came to attendance numbers.

The State football championship will be at full capacity in Georgia State’s Football Stadium so it will not be affected.

Basketball will see a huge change, as the state semifinals and finals games are usually played at surrounding colleges, but will not be this year. This year they will be played at high school gyms. The GHSA cited that many colleges simply are not allowing their arenas to open at all.

Hines said that the softball championships which take place in Columbus, will not have stands for fans. Attending fans will be required to bring their own chairs and seating and be required to socially distance.

Swimming finals are still set for Georgia Tech, but Hines said currently the facility is not allowing fans. The GHSA could possibly charge schools $40 per athlete to cover revenue loss and the cost of the facility.

Hines also announced the GHSA is forming a Diversity Committee. 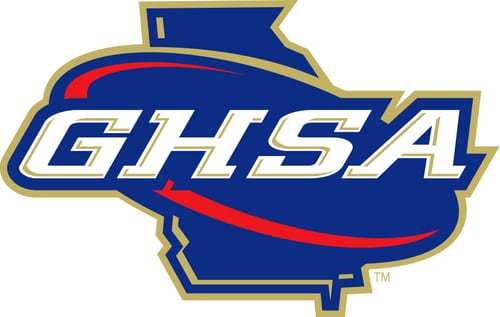 The Georgia High School Association held a private meeting earlier today to discuss the upcoming fall football season start dates and schedules. The meeting was not broadcast publicly, but according to the GHSA’s meeting minutes, the competition date for football will be pushed back for two weeks, but the football conditioning and all other sports starting dates are unchanged.

The first football games will be held on labor day weekend, with scrimmages on August 21st and 28th.

There will be a full regular season and a full playoff schedule as of right now.

Practice will begin next Monday, with pads starting August 1st.

The start date for the rest of fall sports has not been altered and is as follows:

This is a developing story, please stay tuned for updates as more details of the meeting are released.