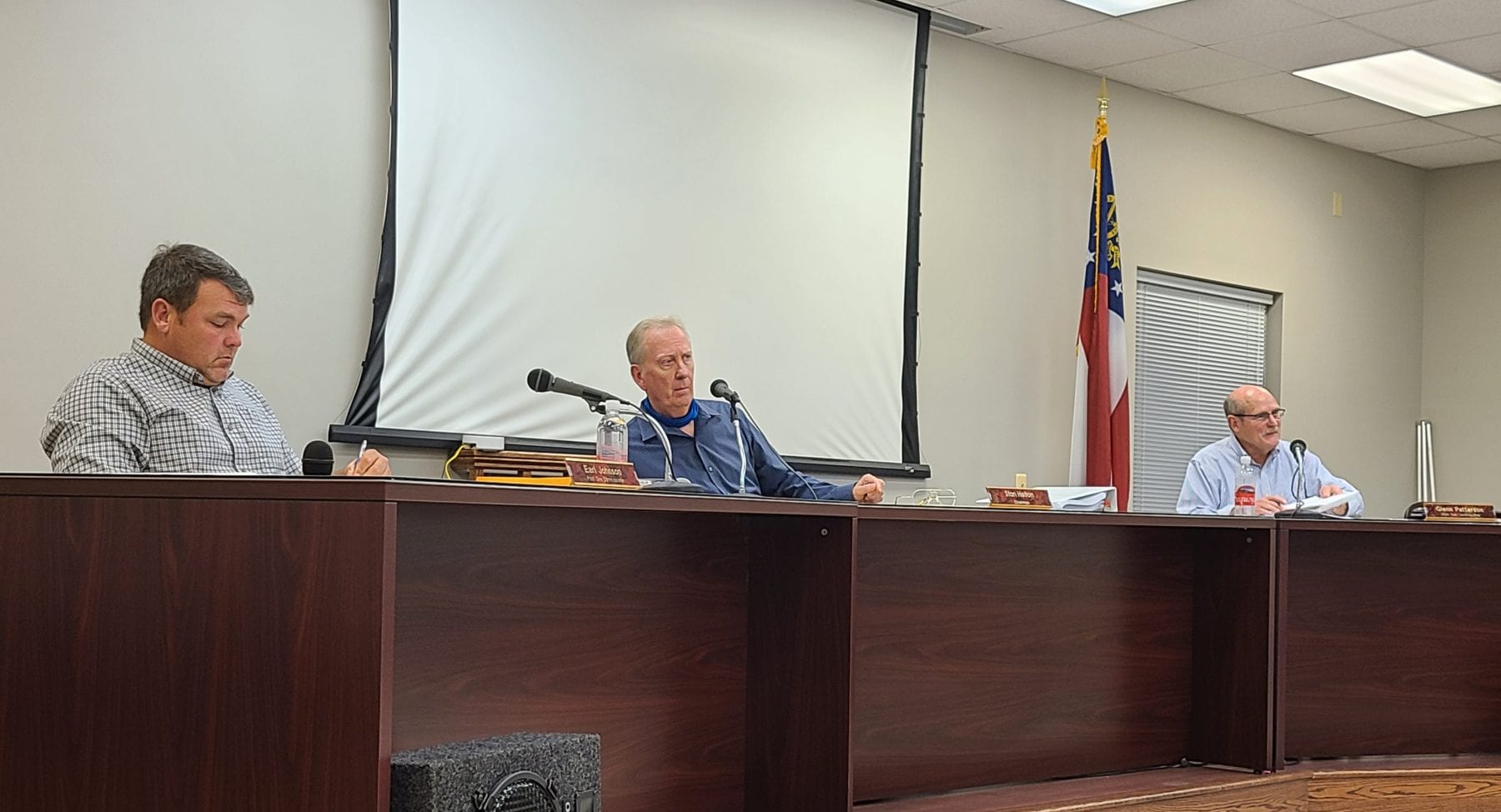 BLUE RIDGE, Ga – Fannin County first responders, firefighters, and sheriff’s office employees will be receiving hazard pay for their efforts during the pandemic. The commissioners finally reached an understanding on the subject in the November 24, 2020 meeting.

“These EMS workers, sheriff’s department, fire department, they can’t telefix anyone. They have to be right there with them, hands-on, dealing with them absolutely directly,” Post One Earl Johnson stated. “I feel even stronger about it now than our last meeting… If anybody is deserving of the $500 hazard pay, it’s our first responders at this moment.”

Post Two Glenn Patterson agreed with Johnson and added that “you’re never going to have 100 percent support in anything you do. I think this would increase morale and give workers financial security and confidence.

Full and part-time paramedics, firefighters, sheriff’s deputies, jailers, school resource officers, and first responders will receive $500 or $250 depending on their employment status.

However, volunteer firefighters won’t be receiving any hazard pay.

“I think their name says it all. They’re not full-time, not that I don’t appreciate them. I think that was the big sticking point when we first started talking about this. How do you distinguish between, you know, people that are active volunteer firefighters and people that are still volunteer firefighters, but they’re not able to volunteer much…I think it would be hard to be fair with volunteers,” Johnson explained. “No one came up with a definitive way to do it and do it fairly. As of right now, it would be hard to include them in this.”

Patterson added that maybe after the first of the year, the county could consider an incentive for the volunteers.
Elected officials and department heads aren’t eligible to receive hazard pay.

The total amount for the county would be between $50,000 and $65,000. However, the money is reimbursable through the $1.3 million provided to Fannin County through the CARES Act.

Fannin can’t award pay retroactively, so they must issue it in upcoming pay periods. However, Chairman Stan Helton and Post One Johnson can’t approve anything past December 31.

“If we’re dealing with federal money, I want to make sure that we’re not going to do anything that’s going to put us in a bind for next year. The retroactive pay that was discussed last meeting was a game-changer. This is an important thing that we’re trying to get to a decision, but it’s important stuff here that we don’t mess it up,” Chairman Helton explained.

Ultimately, the board left it up to the financial department to decide it a lump sum or 4-increments based on county employees’ most tax beneficial outcome.

Johnson made the motion, Patterson seconded, and all three commissioners voted in favor of it.