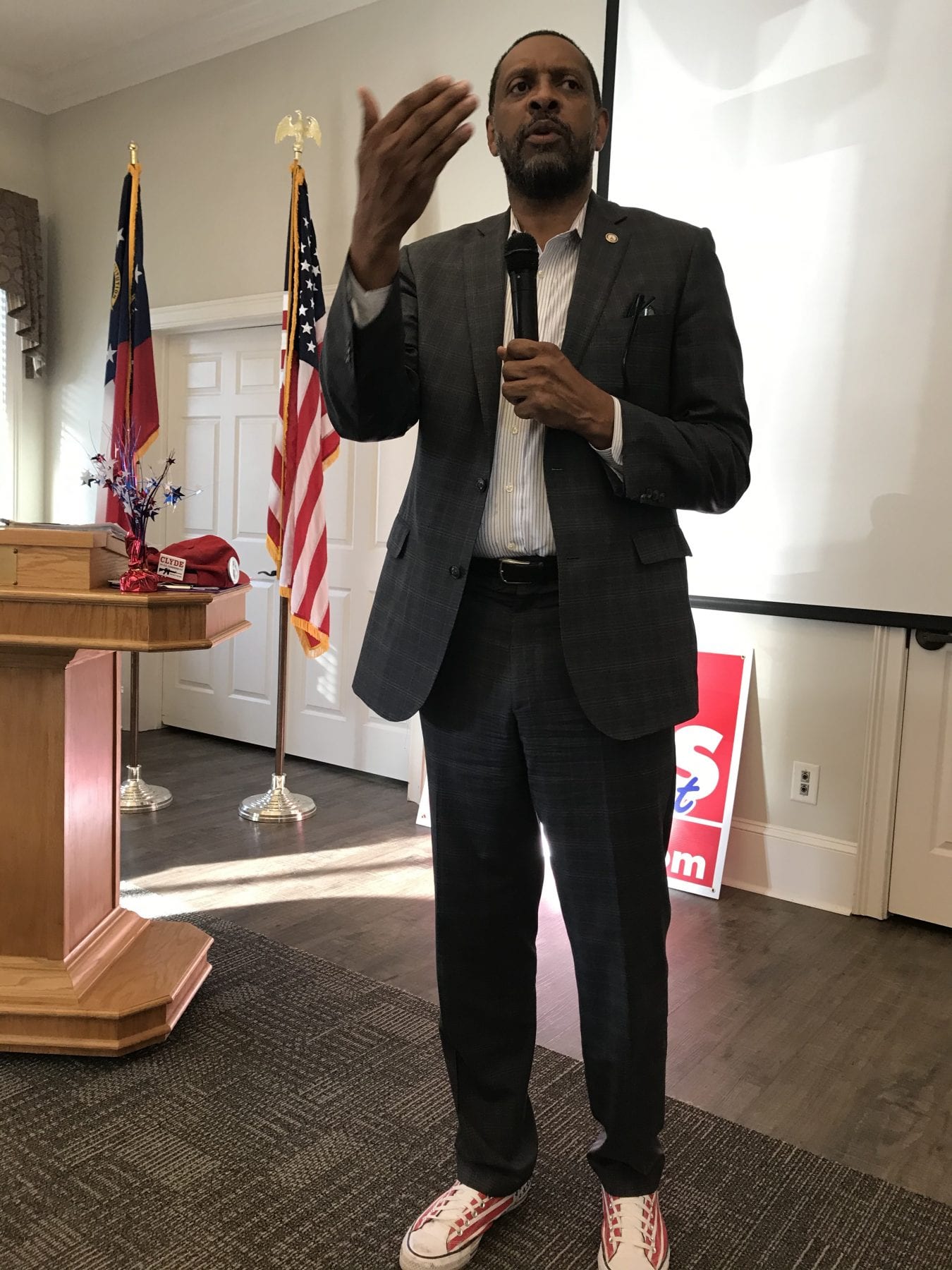 In echoing Trump, Jones attacked the liberal media, claimed the 2020 election was stolen, and blamed Gov. Brian Kemp for bringing the Dominion voting system to Georgia, which many Republicans say switched votes in the 2020 presidential election.

Kemp drew Jones’ harshest criticism. “We lost two United States Senate seats and we lost the presidential election and the tip of that spear is Brian Kemp. He is directly responsible for that happening. He was so afraid of Stacey Abrams running against him that he caved into her.” He was referring to a last-minute agreement that has come to be known in Georgia as Stacey’s law which changed signature verification and added drop boxes just before the election.

He also blamed Kemp for not calling a special session of the Georgia General Assembly after the 2020 election to change the state’s process for selecting electors to the Electoral College. Kemp claimed he did not have the authority. Jones said, “He’s a liar, no more no less.”

About Stacey Abrams, who he referred to as the “Wicked Witch of the South and who many believe will be the Democrat nominee for governor, Jones said, “Stacey Abrams is dangerous. She is a Marxist, a socialist and a communist.”

As Trump often did, Jones also attacked the liberal media. “The Atlanta Journal Constitution has recently become the Kemp campaign manager,” he said. “They are doing everything to help him defeat me.”

He even promised to drain the swamp. “There is a swamp in Georgia,” he said.

Jones has attracted attacks by opponents for being a lifelong Democrat who only recently joined to the Republican Party.

He said when he is elected he will be tough on crime, ban the teaching of Critical Race Theory in public schools, and make sure that every child is in a public school that starts every day by reciting the Pledge of Allegiance.