“Georgia is leading the way” 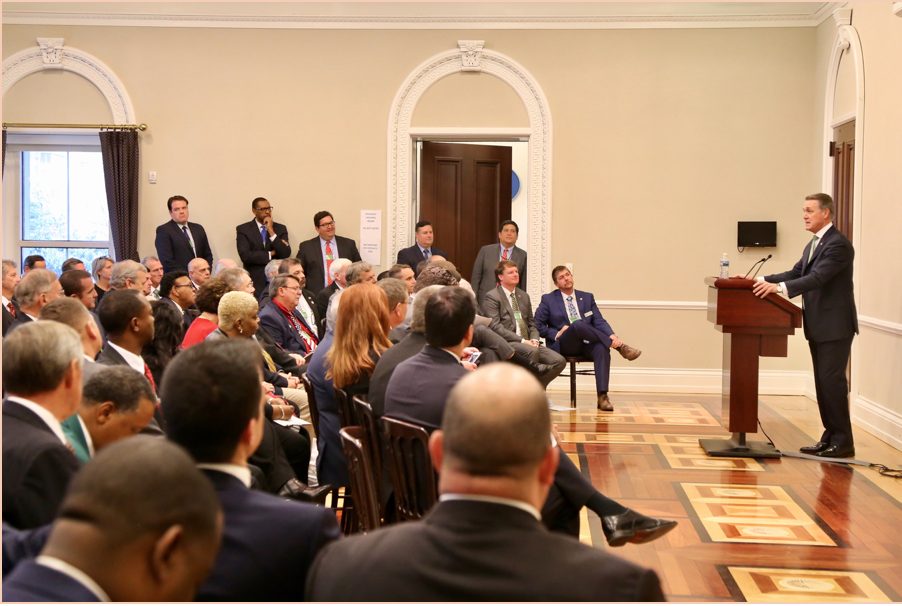 Best State For Business: “This is the fifth year in a row that Georgia has been named the best state in the country in which to do business. That doesn’t happen by accident. It happens because we’re business friendly. We have great people and great workers, and we have state legislators that are from the real world – people who come for 40 or 45 days and then go home to their businesses or professions to make a living for their family. I believe that keeps you in direct contact with what’s important.”

Leading The Way: “I want to highlight a few Georgians who are serving in this Administration: our former governor, Sonny Perdue, is doing a great job as Secretary of Agriculture; Nick Ayers is the Vice President’s Chief of Staff; Billy Kirkland is Deputy Director of Intergovernmental Affairs for the White House. Tom Graves and Doug Collins are in different forms of leadership in the House. Johnny Isakson is leading the charge for our veterans. Zippy Duvall is President of the Farm Bureau and making a big difference. Chris Wray is our FBI Director. Ashley Bell is Director of External Affairs for the Peace Corps. Major General Bob McMahon from Warner Robins is an Assistant Secretary of Defense, and we’ve nominated and confirmed several U.S. attorneys and federal judges from Georgia.”

Making A Serious Impact: “Many of the people you’ve heard from today have Georgia roots. It’s clear that the state of Georgia is hitting way above our weight class. We’re the eighth largest state in the country population wise and we’re making a serious impact up here.”