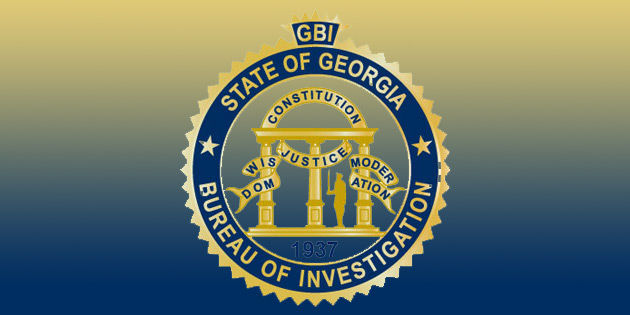 Decatur, GA – A total of 76 people were arrested and 13 children were rescued or identified as victims during a mutually coordinated operation between eight (8) southeastern states. The joint, proactive operation, Operation Southern Impact II, was coordinated by nine (9) Internet Crimes Against Children Task Forces in those eight states and focused on persons who possess and distribute child pornography and those who are sexually exploiting children in other ways using technology and the internet.  The planning for Operation Southern Impact II began approximately 4 months ago and culminated in 2 days of investigative actions to include search warrant executions, undercover operations, and arrests in Alabama, Florida, Georgia, Maryland, North Carolina, South Carolina, Virginia, and West Virginia. A total of 222 law enforcement and prosecutorial agencies participated in the operation.

The arrestees, ranged in age from 17 to 72.  Some of their occupations included postal worker, non-profit employee, small business owner, store clerk, mechanic, daycare administrator, pastor, construction worker and magician.   During the operation, 136 search warrants were executed and 100 knock and talks were conducted in those eight (8) states. During those search warrants and knock and talks, 736 digital devices were previewed and 1,255 digital devices were seized.  Of those devices seized, 235 were mobile phones. These investigative actions resulted from both reactive cases such as cybertips received by each ICAC Task Force from the National Center for Missing and Exploited Children (NCMEC) and proactive cases such as peer-to-peer investigations and proactive, on-line undercover investigations.

During the course of the operation, some of the investigations extended to other states including Iowa, Mississippi, Missouri, and Tennessee.  Leads were sent to these additional states and their respective ICAC Task Forces followed up and assisted or developed their own investigations.  The continued collaboration among the national network of ICAC Task Forces is one of the most successful partnerships in the history of law enforcement.

The 61 ICAC Task Forces across the country are working cases and conducting investigative actions like these every day. The Commanders of the Internet Crimes Against Children Task Forces in these states wanted to reinforce to those who exploit children that the ICAC Task Forces will work together to make an impact in their respective states and the region as a whole.  The cooperation among agencies and among states illustrates their level of commitment to detect, arrest, and prosecute child predators. Cooperation is always important in law enforcement, but it is never more important than when we set out to protect children. Operation Southern Impact II has given us an opportunity to share our experience, information, and resources across units, agencies, and state lines, to make sure that there is no safe place to hide for criminals who would victimize the most vulnerable among us.

Six (6) of those arrested in Georgia traveled for the purpose of meeting and having sex with a minor.  There was one arrest involving sextortion, an alarming trend involving subjects that obtain sexually explicit photos of minors and then threaten or blackmail the victim for additional obscene images or videos.  Investigators found instances in which arrested subjects, some of whom had no prior criminal history, were working in positions of trust or jobs where interaction with children is common.

Eight (8) registered sex offenders were encountered in Georgia, during the course of this operation, four (4) of those offenders were charged with new crimes related to child pornography while the others were charged with various compliance violations.  There was an additional subject who had an arrest for a prior sex offense but was not a registered sex offender. At least one foster parent with young children was arrested. There were also searches conducted where guns were found and illegal drugs were discovered.

In Georgia, a total of 38 search warrants were executed and 12 knock and talks were conducted during Operation Southern Impact II. Law enforcement officers conducting the searches were looking for evidence of possession and distribution of child pornography using the internet as well as evidence of other child exploitation related crimes.  Over the course of the operation, 196 digital devices were examined and 474 digital media and devices were seized as evidence.

The operation was a coordinated effort between the following local, state, and federal criminal justice agencies in Georgia:

In Georgia, the arrestees, ranged in age from 17 to 63.  Some of their occupations included construction worker, truck driver, disc jockey, youth director, and a restaurant worker.   Those arrested in Georgia were charged with crimes pursuant to O.C.G.A. 16-12-100.2, Computer Pornography and Child Exploitation Prevention Act of 2007.  Additional charges are likely and other arrests will occur after analysis of seized digital devices.

Those in custody and charged in Georgia as part of Operation Southern Impact are:

A number of arrests were made that were not directly related to child pornography but rather as a result of the investigative actions taken during Operation Southern Impact II.  More specifically, these arrests consisted of offenders that were found to be non-compliant with the terms of previous criminal sentences.

The Georgia ICAC Task Force is comprised of 230+ local, state, and federal law enforcement agencies, other related criminal justice agencies and prosecutor’s offices.  The mission of the ICAC Task Force, created by the U. S. Department of Justice and managed and operated by the GBI in Georgia, is to assist state and local law enforcement agencies in developing an effective response to cyber enticement and child pornography cases. This support encompasses forensic and investigative components, training and technical assistance, victim services, prevention and community education. The ICAC Program was developed in response to the increasing number of children and teenagers using the internet, the proliferation of child pornography, and the heightened online activity by predators searching for unsupervised contact with underage victims. By helping state and local law enforcement agencies develop effective and sustainable responses to online child victimization and child pornography, the ICAC program delivers national resources at the local level.

Contact information for each ICAC Task Force is as follows: