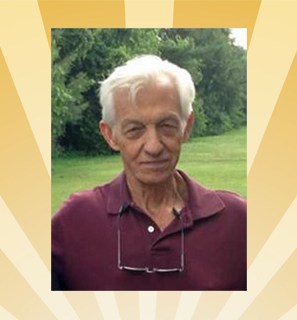 Most recently while just standing up from my couch in the middle of the afternoon; I had a quick vision of the Lord Jesus. I did not see a full face of Him, but I did see the whole person. I came up behind him. Jesus was wearing a purple robe probably like the one He wore at His crucifixion. He was on the inside of a fenced yard looking straight ahead with His left hand on the gate as if He were pulling the gate toward Himself. It looked as though He was beginning to close it. The gate was maybe 20% closed and above His head were two words written in very large, bold letters STRIGHT GATE.

He did not say a word to me, but I sensed He was saying, “Time is winding down Bob. Now is the time to move in the day of my power. Work while you have the light; while the gate is still open and the fields are ready for harvest Luke 13:24, Jesus said,” Strive to enter in at the strait gate; for many, I say unto you, will seek to enter in, and shall not be able.” Don’t take your eyes off of the narrow path that leads to the straight gate.

I felt the Lord pointing me to Syria. While Paul was on the way to Damascus, Syria; The Lord Jesus told him to turn men from darkness to light, and from the power of Satan to God. Damascus is now in deep darkness. The Lord Jesus called the Apostle Paul on the way to Damascus. Paul was baptized in the Holy Spirit in Damascus, by the laying on of the hands of Ananias, a Syrian. It seems Paul may have lived, learned, and taught out of Antioch, Syria for maybe 14 years (Gal 1:21-2:1).

Jesus’ followers were first called Christians in Antioch, Syria. There is also an Antioch in Turkey, but the Christian Church was born in Syria. The New Testament prophets worked out of Syria. Acts11:27 “And in these days came prophets from Jerusalem unto Antioch.Acts13:1-3 “Now there were in the church that was at Antioch certain prophets and teachers; Barnabas, and Simeon who was called Niger, and Lucius of Cyrene, and Manaen, which had been brought up with Herod, the tetrarch, and Saul.” “As they ministered to the Lord and fasted, the Holy Ghost said, Separate me Barnabas and Saul for the work whereunto I have called them.”

“And when they had fasted and prayed and laid their hands on them, they sent them away.” The Apostle Paul’s ministry was birthed out of Syria.
Matt 4:23-24 “And Jesus went about all Galilee, teaching in their synagogues, preaching the gospel of the kingdom, and healing all kinds of sickness and all kinds of disease among the people. Then His fame went throughout all Syria, and they brought to Him all sick people who were afflicted with various diseases and torments, and those who were demon-possessed, epileptics, and paralytics; and He healed them.”

As of today, there are six countries bombing that small country of Syria: 250 thousand people killed, and about four million have fled that small nation. It is a sad sight. You have to wonder if it will ever be put back together, and also about the future of those you see fleeing for their lives. How many of these are “closet Christians” because of fear for their lives?

I look at this great nation of Syria where the very name Christian came from, and I hear the Lord saying, “We are entering into the greatest revival of all times, and I’m sending My people a refresh signal. Get back on the platform that I have built. Remember My words. There is no more time to be lukewarm. Don’t be a bad taste in My mouth. It is time to get hot for Me and My kingdom. Remember Syria.”

Acts15:40-41 “And Paul chose Silas, and departed, being recommended by the brethren unto the grace of God. And he went through Syria and Cilicia, confirming the churches.” We need to make sure our churches are solidly confirmed and in the will of God.

John wrote to the seven churches approximately 70-90 AD. By then, these churches were already in trouble. Jesus said in Revelation 2:4-5a “Nevertheless I have somewhat against thee, because thou has left thy first love.” “Remember therefore from whence thou art fallen and repent.” Today all of those seven Churches have golden domes sitting on them; they belong to Allah.

Mark16:15 ”Go ye into all the world, and preach the gospel to every creature”. Keep on going. Keep pushing forward. Keep feeding His lambs.
Luke19:10” For the Son of man is come to seek and to save that which was lost.” Keep bringing in the lost.

1John3:8 “For this purpose the Son of God was manifested, that He might destroy the works of the devil.” Make sure you keep both feet on the solid foundation. We need to regroup and do His first work. Learn how to destroy the devil’s work. Wake up America. We are falling off of the chain.