DAHLONEGA – The candidate forum between District 9 State House candidates for the GOP nomination  between Will Wade and Steven Leibel for the most part was a respectful 60-minute presentation  of each man’s platform. 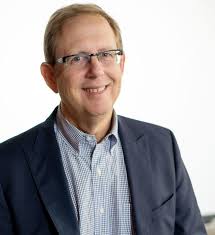 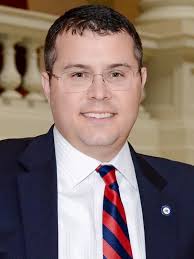 In his introduction, Wade said “voters reelected me several times to serve on the school board. For several years, I made motions to reduce the millage rate. During the great recession, we had a shortfall in the tax digest but the millage rate never changed and we saw a total reduction in sales revenue during that time.” He also called his opponent’s claim that he does not support the senior tax exemption an “inaccuracy and that he would defend that challenge later in the debate. He closed his introductory remarks by stating, “I have a record that is firmly conservative, firmly Republican. We don’t want any new laws and we don’t need to send another lawyer to Atlanta to represent us.”

Wade said, “I too agree that there should be term limits in the state house and state senate and even at the local level.” But Wade served four terms on the Dawson County Board of Education. He explained “I did serve four terms on the school board but I would note I had two terms in which I wasn’t even opposed.” During his final term, he said this would his last time in office. “That was far before anyone knew of the events that would occur when Doug Collins made the decision to run for the United States Senate that led to the opening of this seat.”

Leibel said, “I do thank (Wade) for agreeing that we do need term limits. My pledge is that there be no more than eight years for me to serve in the legislature. I think it’s time for people to bring new leadership. Having term limits does a number of things. No. 1 it term limits the Speaker of the House. No. 2 it removes people with a lot of power after their terms are up. It allows for greater new blood in committee assignments. We need a Constitutional amendment. I signed a pledge that I would support that and I men that.”

When moderator Robb Nicholls asked if the candidates would introduce legislation to modify the exemption, that has led to a shift of millions of dollars of lost revenue to school boards, county and city governments. Leibel strongly disagreed with the premise.

“It is not lost revenue to government,” he said. “It is not lost revenue at all. It is revenue that belongs to seniors and it is up to government to find new sources. Second, we’re not looking at how we can generate more revenue from the University which occupies so much of our land mass. The Starbucks has a dress-up boutique and other businesses, including a bookstore that is tax exempt even though it is involved in commerce. That is wrong. No, I will not introduce any change to the senior exemption. You have my word on that.”

Wade answered, “I am not for changing the senior exemption in this district period. I am not a status quo candidate. I’m going to protect seniors. I’m going to make sure their senior exemption stays in place I’m the conservative in this race. I actually want to look for ways to reduce taxes for every single homeowner.”

The candidates have two very different opinions on broadband. During the last forum, Leibel stated that broadband is a Constitutional right of children because without it children can’t get a proper education, something the Georgia Constitution requires.

Wade took exception to that, saying, “I don’t believe broadband is a right. It is a technology and that we need to empower individuals to have the opportunity to work, make an earned income and they can buy those type services. We’ve got to partner with the school systems and counties to lease some of the  and partner and actually we could offset some property taxes and offset other taxes that individuals are paying by allowing those companies to end up leasing space or leasing ground to enhance.

Leibel responded, “First of all, broadband is a constitutional right for children because without it they can’t have an adequate education. We require it under the Georgia Constitution. So we do have to provide broadband and by doing that we can help the area we live in.” He added, “In fact we haven’t looked at what is available right now. We need to incentivize companies to come in and give us broadband opportunities. The school boards can be part of that because they are a taxing authority and they have funds.”

Leibel said, “First of all, it’s very important that we take a look at what our budget is and what we’re spending money on. “We don’t have to live beyond what we’re already getting. We have too much government right now and I’m not so sure that what we now have is beyond what we need. I think we can look at ways to generate funds and enhance revenue by out-of-the box thinking. It’s going to be difficult and I’m not saying everyone will have the answers. There are no sacred cows. We need a forensic examination of government and where we are going.”

Wade said the programs his opponent mentioned would cost money. He said he wants to have a serious conversation about property taxes vs. sales taxes.

“In Dawson County and Lumpkin County one percent sales tax generates in the neighborhood of $4 million to $6 million a year in each of the communities this district represents. That is roughly 4-5 mils. We’ve got to acknowledge that revenue from people who live elsewhere. I’m not saying we need any new sales tax. I’ve said it clearly and I’m tired of opponents mincing words and changing my message. The message is this: We need to have a serious conversation about how much we need in property tax to fund government and how much do we have in property tax.”