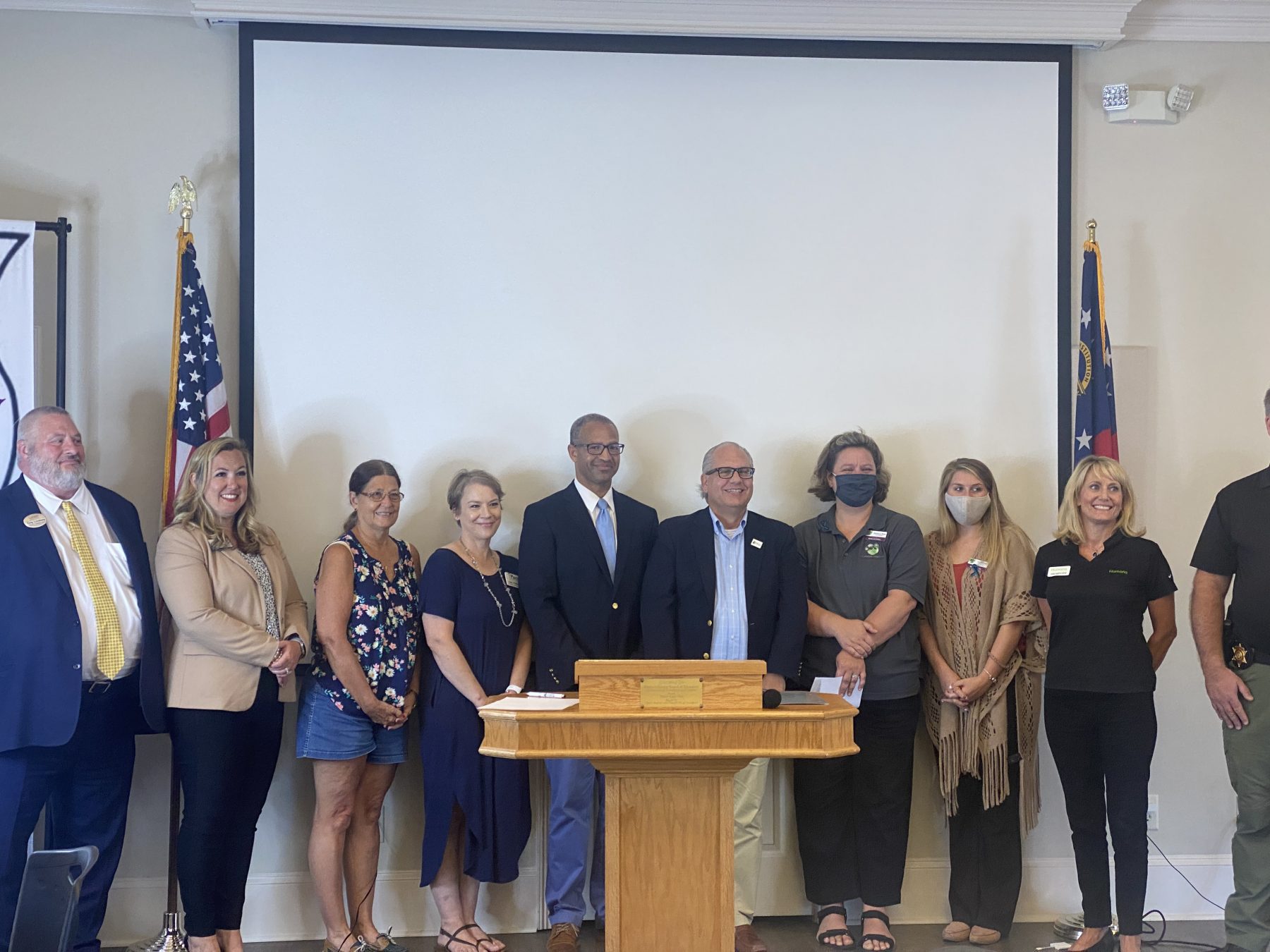 DAWSONVILLE, Ga – In honor of suicide prevention week, Mental Health America of Georgia hosted a Suicide Prevention Conference in Dawson County to bring awareness to the issue and just how close this topic hits home.

“We came specifically to Dawson County because it is ground zero for death by suicide in the state of Georgia,” said Abdul Henderson, Executive Director of Mental Health America of Georgia.

Dawson County has led the state in death by suicide for the last 10 years. The county is also ranked 16 in the nation for severe depression, according to a national report by Mental Health America of Georgia.

Henderson explained the goal is to bring awareness and start a conversation about early intervention, identification, prevention, and an expansion of services to all Georgians.

Jeff Breedlove, Chief of Communications and Policy for the Georgia Council on Substance Abuse, spoke on the importance of being open in the conversation when it comes to needing help.

“Stigma almost killed me. Because I wouldn’t go get treatment. Because I was ashamed what my family would say,” Breedlove said.

Breedlove said he was in long-term recovery from substance abuse disorder.

“You may be wondering, well, why do they have a 54-year-old guy who is in recovery from substance abuse disorder up here talking about suicide…There are shared risk factors involved that affected both communities,” Breedlove said.

Those with addiction are ten times more likely to commit suicide than people who do not suffer from substance abuse disorder.

Among the statistics, it recorded suicide deaths only reflect a small portion of how many people are actually affected by suicidal thoughts or actions.

In adults aged 18 years and older, for every one suicide death, there are nine adults treated in hospital emergency departments for self-harm injuries. Additionally, another 227 adults admitted to seriously considering it.

Breedlove said the first step is the make a change in the way we think and talk about suicide awareness and prevention.

“People are afraid. They are afraid of being labeled…It delays people who want to seek help. Open and honest conversations will attack stigma,” Breedlove commented.

Rebecca Bliss, Coordinator of Dawson County Family Connection, said each year they review their strategies based on what the community needs, and recently there has been a greater emphasis on suicide prevention.

“When people outside of our county are looking and they say Dawson County is in the top three for suicides or in the top 10 in the State of Georgia for counties of children that are extremely depressed, they look at it as a statistic. To me and my board, there was a child, there was a person, there was a name and a family we went to church with, so that is one of the reasons why we took on suicide prevention as a strategy in Dawson County,” Bliss explained.

Bliss said that recently, Family Connection’s hope is to increase Dawson County’s mental health. They intend to address the importance of self-care and how it can look different for everyone. Most importantly, everyone needs to feel empowered to speak up when needed.

“The bravest question you can ask is will you help me.”