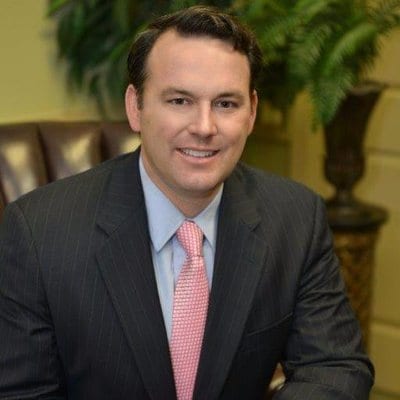 ELLIJAY, Ga – Georgia State Senator Burt Jones (R), of Jackson, inferred that he will on the 2022 ballot in a statewide race on Wednesday.

Jones’ name has been connected to the lt. governor and governor’s race. The district 25 senator recently visited former President Donald Trump in Mar A Lago, but Jones hasn’t made an official announcement yet.

He was one of the strongest supporters for investigating the 2020 General Election, asking for a Special Session to investigate the issue in November. The move, presumably, cost Jones his chairmanship of the Insurance and Labor Committee.

“[You] can’t overturn [an election] without evidence, but you can’t have evidence if you don’t investigate,” Jones stated about his efforts regarding a special session.

Jones added he just wanted a proper investigation into the issues surrounding the 2020 election, including a forensic audit.

“People just want to know what the truth is,” he remarked. “If we had a significant third-party forensic audit to validate one way or the other these absentee ballots which came in the tens of thousands – a volume that we’ve never seen before in the state – I think people could live with the results, whether they liked them or not.”

He’s glad the case examining 147,000 ballots in Fulton County is moving forward because Georgia’s had three election cycles with alleged interference of some sort. Democrats and Republicans both reported voter fraud in either 2016, 2018, or 2020.

Last week, incumbent Lt. Governor Geoff Duncan (R) announced he wouldn’t be seeking reelection in 2022, choosing to devote his time toward GOP 2.0. The organization hopes to guide the Republican Party into the post-Trump era.

Jones admitted that running for statewide office is a “serious undertaking” and required a lot of “soul searching” before making a final decision.