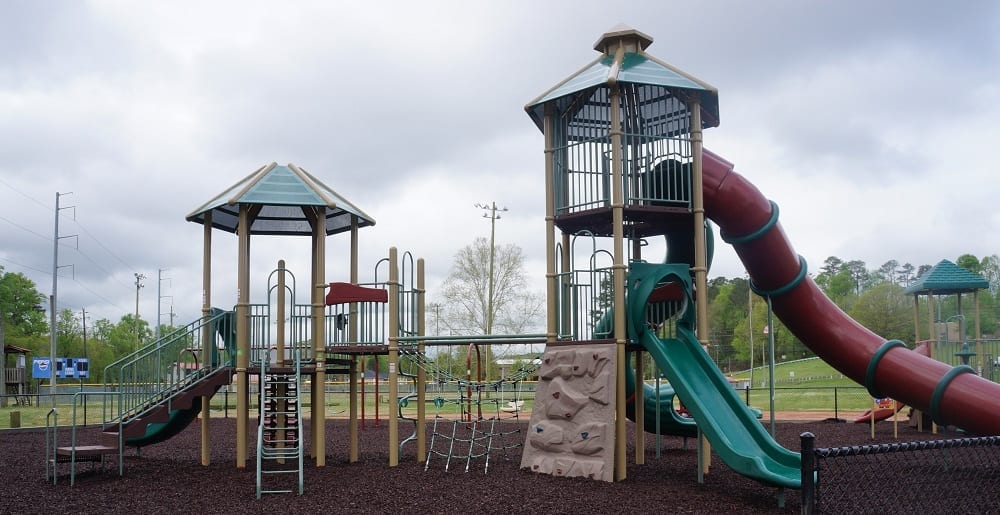 ELLIJAY, Ga. – River Park in Ellijay has been uplifted and changed numerous times with upgrades over recent years, from the massive facelift to the playgrounds to upgrades to the walking path and ballfield relocations.

Those changes are continuing this summer as previously approved projects are continuing their progress towards completion. One of those projects includes Georgia Power updating the underground utilities. In February 2021, FYN reported that the county was discussing an easement for excavation and subsequent repairs to areas of the park to install underground utilities.

At that time, County Attorney David Clark noted the county would be making some minor changes to the agreement before returning it to Georgia Power for final approval.

Now, the easement returned to the Commissioners with a change requested. That change that has been going back and forth involves protections for the civil war memorial in front of the civic center. Chairman Charlie Paris said today that the plan does involve some above ground equipment. In the original plan, one of these spots was very close to the memorial. The new plan has the equipment moved. However, Paris said its not enough as he has requested that Georgia Power move it further away from the memorial in order to preserve the site.

Paris said that Georgia Power could have an answer by tomorrow’s meeting. It was originally reported as citizens could be seeing construction at the park and mistake it for construction on the pool. The pool project has seen constant delays and stoppages over the last year as the county officially halted the project early in the COVID-19 pandemic in order to reassess finances and the economic effect of the virus. In March of 2020, the pool project halted.

Then the Commissioners returned to the project in early 2021, but saw another delay as the engineering firm became quarantined in February. But after the short delay, with specifications set, the county approved advertising for bids on the project.

Now, the county is amid the advertising window and accepting bids. Members of the board are considering holding a Special Called meeting in the last week of May as another item may need attention as well. While the board did not officially set a date today, they did say they would be discussing dates.

With the pool construction back in full swing and Georgia Power also seeking to upgrade equipment on site, River Park is continuing its climb in upgrades and renovations through this summer as citizens are continuing to visit the park for sports, training, and personal healt